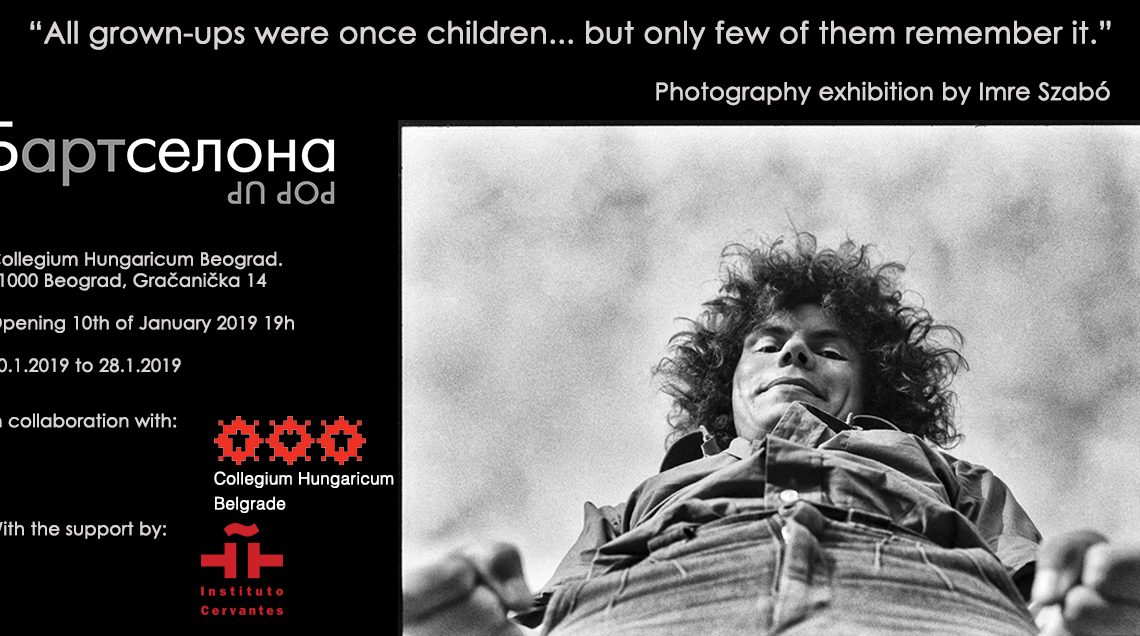 Opening 10th of January at 7 pm

All grown-ups were once children… but only few of them remember it.”
― Antoine de Saint-Exupéry, The Little Prince

Бартcелона concept was born like a gallery, with permanent walls, but in time before space was found ̶ “the white little box”, it was imagined like an ephemeral space, without limits…
First person to hear about it, more than five years ago was Imre Szabó. He was first who had official exhibition in Бартcелона concept. Now, again, he is officially opening Бартcелона POP UP Exhibitions. We are going back to our roots…but why not? To remind ourselves how it was to be a child is always a pleasure.

After more than 200 group and several solo exhibitions, we have the pleasure to invite you to enjoy his first artworks.