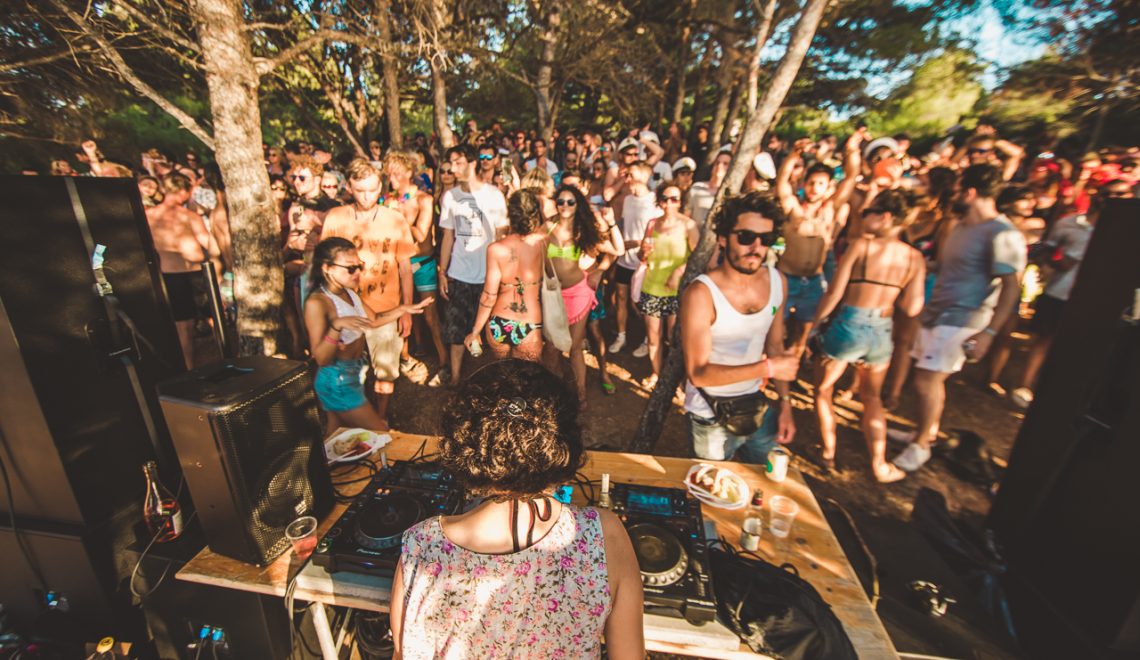 Love International is swiftly dusting itself down after the festive action, and now fully looking ahead to its second season in beautiful Tisno this summer, the idyllic coastal hideaway nestled along the Adriatic coastline.

The festival is already seen as one of the region’s most revered; not only following on in the illustrious footprints made by The Garden Festival, but having already crafted its own unique sense of magic in Croatia, the sold-out debut in 2016 attracting 2,500 like-minded music and adventure lovers from across the world for a mercurial week of inspiration, escapism and fun. 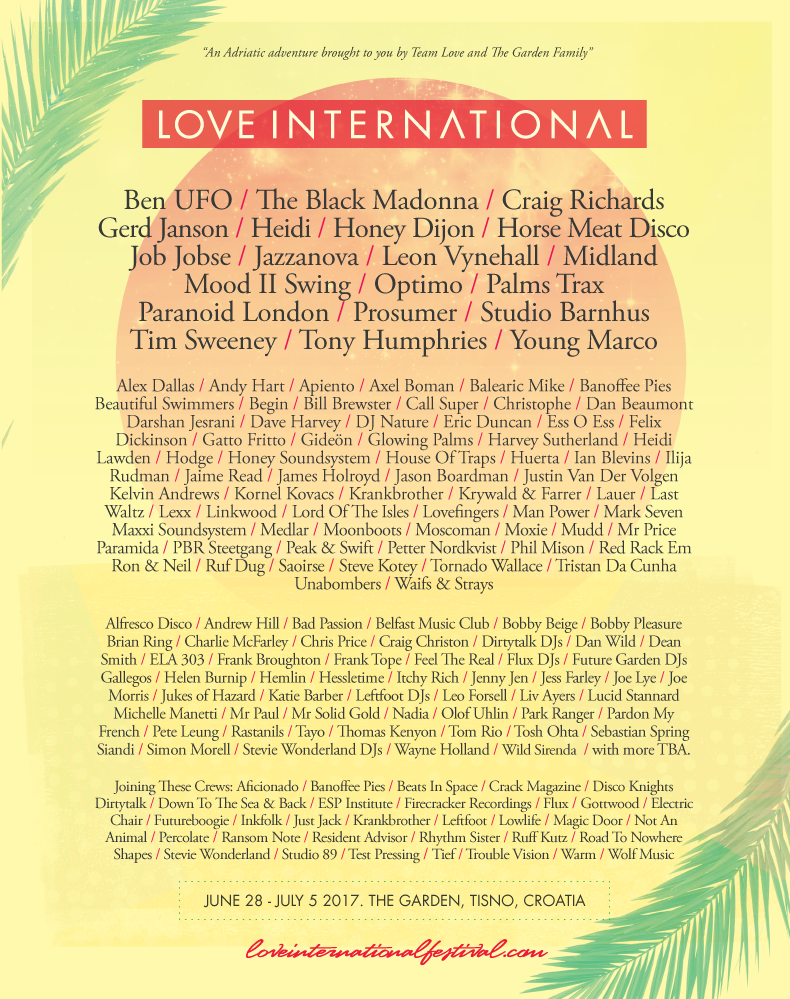 Weaving together a festival and holiday into one unique odyssey creates something truly special at Love International, from the raucous boat parties, stunning Barbarella’s dawns and sublime Sunrise Sessions, to intimate moments of magic shared with friends old and just found; from dancing in the crystal-clear sea, lounging around under the sizzling sun and dancing at the relentless Olive Grove, to exploring the picture-postcard village of Tisno. It’s a voyage of discovery in more ways than one, with like-minded people uniting for one glorious week.

Some amazing names from across the electronic music spectrum have already been revealed, with The Black Madonna, Ben UFO, Palms Trax, Optimo, Craig Richards, Paranoid London, Jazzanova, Horse Meat Disco, Leon Vynehall and Mood II Swing covering everything from house, disco, techno, electronica, Balearic, funk, acid, Italo and much more. Now the next wave of names are proudly revealed, including more debutants and some familiar faces. Tony Humphries has got close to 4 decades worth of experience to call upon, from an original Kiss FM pioneer to holding down a residency at one of the USA’s most legendary clubs, Zanzibar, to creating one of the early classic Fabric mixes and remixing everyone from Soul II Soul to Janet Jackson. Tony is a true house music master and brings a touch of mercurial class to Love International. Next up, Heidi brings her house and techno to Tisno; as one of the most feted DJs and producers on the scene, she continues to illuminate clubs and festivals across the world, just as Midland enjoyed his own incredible 2016, with his Final Credits one of the tracks of the year. Then two long-standing icons of the region are returning – Prosumer and Gerd Janson. Both crate-dig for all kind of delectable disco, electronic oddities and party classics, playing them at sultry dusks at the Beach Bar or rocking Barbarella’s deep into the night – expect plenty of fun from them both. One of Europe’s hottest names, Job Jobse, steps up; he has played at everywhere from Burning Man to Panorama Bar, as well as managing the Life and Death label, and is one of the scene’s fastest rising names. Then Axel Boman brings his full Studio Barnhus crew to Love International: the trio of Axel, Kornel Kovacs and Petter Nordkvist are a label and studio turning out esteemed music both seriously fun and utterly danceable, just like Young Marco’s own playful invention behind the decks.

Harnessing a unique sense of intimacy and inspiration, Love International is set in beautiful Tisno, surrounded by verdant pine forests and the glittering waters of the Adriatic Sea, hidden away with its own secluded beach and bay. By day a beatific chill-out under the sizzling sun, then as the evenings gather pace the stars come out and the enchanting site transforms; as night closes in it becomes a pulsating festival which looks out across the sea. The festival draws music lovers and adventure seekers to Croatia for a mesmerising holiday and festival odyssey.