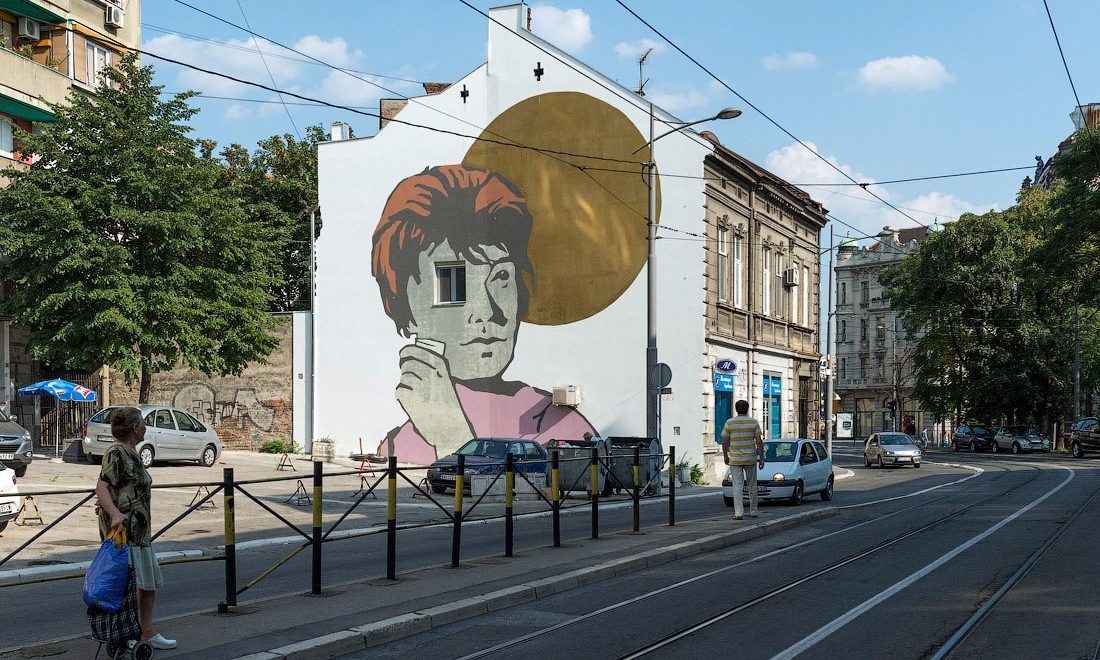 With an indelible mark of its turbulent history, successes and failures, world wars, student protests, bombing, kingdom, revolution, socialism, democracy, literally almost nothing seems to have bypassed Belgrade so far. It has suffered a thousand blows and hundreds of sorrows but still somehow it has managed to keep its everlasting soul.  According to the popular belief as of recent Belgrade is the new promising European capital having risen from the ashes over the past 20 years.

Fancy visiting this invincible city that worldwide magazines and blogs are writing about?

The city is located at the mouth of the Sava and the Danube rivers, where the Panonian Plain meets the Balkans. Complete with all the suburbs Belgrade hosts a population of around 2 million. The rivers gave rise to the Belgrade port, but not just that but spectacular views, riverboats converted into night clubs, bars and restaurants, islands and beaches on Big War Island and Ada Ciganlija, riverbanks such as Ada Huja and Ada Medjica, scenic nature, green parks to name but a few. The Danube quay seems to be perfect for long walks and sports: running, rowing, cycling, playing tennis in one of the tennis courts or working out in the open air gyms. On the island of Ada Ciganlija visitors can enjoy many things, such as: swimming, bungee jumping, roller blading, playing football or baseball, climbing, eating out or just visiting the Adventure park .                                                       If you wish to relish the opportunity of visiting ‘this oasis of peace’, Ada Medjica may well be  the right choice for you. If not, you can take one of the bike tours. Getting to see Belgrade this way gives it a complete new angle.

Believe it or not, Belgrade is one of the oldest European capitals. Because of its location, was  oft a target of the eastern, northern and western invaders. The first city was made by the Celts before the New Era, the name of which was Singidunum at the time, in the first century AD it was  conquered by The Romans. The Roman Well, Belgrade Fortress known as Kalemegdan, underground tunnels and prehistoric Vinča archaeological site now stand in silent testimony to  the ancient past. In Belgrade you are bound to hear the old tales and potted history of the Ottoman reign in this part of the world, what happened to the Serbian Royal dynasty, why Yugoslavia entered into the Second World War, how the Communists came to power and built an enlarged state and many other interesting lessons in history you may have missed out on before .

If you want to know more about the lifelong president of Yugoslavia, the late Josip Broz Tito and the First Lady of Yugoslavia Jovanka Broz , do visit the most popular museum in Belgrade, Museum of Yugoslav history, located in the lovely suburb called Dedinje.  If you are on a mission to find out more about Serbian royal dynasty visit the big complex of Royal and White palace located in Dedinje as well.  You might as well explore which kind of works of art their members owned, what the first private cinema in the Balkans that was frequented by President  Tito looked like, who  Davorjanka Paunović was, why the fresco located on the dome of the church featuring Jesus Christ has a bullet hole right through Jesus’s head and what on Earth  the purpose of the Olympic swimming pool was in the first place.

Belgrade has a diverse architecture, from baroque, neoclassicism, art nouveau, art deco to modernism and brutalism. Take a walk around Belgrade, get to know both Serbian and Yugoslav cultural heritage there are so many tales one can hear, and if you are into sightseeing don’t forget Kalemegdan fortress in downtown of the city and sacral monuments: Temple of Sveti Sava, Ružica church and Belgrade cathedral.

According to Tourist Organisation of Serbia, Belgrade hosts around 2 million tourists each year. Tourists pointed out hospitality as a strong point of Serbia. Generally, citizens of Belgrade tend to be friendly and open to visitors. Belgrade is not as crime ridden as other big cities around the world seem to be.

The city is dynamic. People are outgoing and they love to get together in the parks, bars and clubs. There’s always something going on. If you know what you want and if you are well-informed, you definitely won’t get bored in Belgrade.

From Yugoslav contemporary art in MoCAB to independent art scene, Belgrade is home to all manner of contemporary arts. The scene is small in scope but pretty visible, works of Belgrade-based but also foreign artists are on display in local galleries.

Some of them are public institutions as MoCAB (Museum of Contemporary Art Belgrade) and KCB (Cultural Centre Belgrade), whereas others are independent enterprises. Read more in our guide Belgrade’s 10 Must-Visit Contemporary Art Galleries.

Rest assured  that in this city you will not be hungry at any point. From traditional restaurants in Skadarlija street, so-called bohemian quarter and oldest kafana in Belgrade Znak pitanja to hip and fusion bite restaurants as Homa, FARO, Salon 5, Toro, Mezestoran and the like, Belgrade is home to rich and varied gastronomy. You can eat Serbian traditional dishes such as sarma, gibanica, pihtija and barbecue or some modern elaborate and sumptuous foods depending on your tastes and preferences.

Visiting cafeterias and bars is the old habit of the locals, and as you already know ‘old habits die hard’. So, in Belgrade you definitely will not get thirsty because there are bars and coffee shops on every corner of the city. Popular cafeterias are Przionica, Kofein and Kafeterija on Dorćol, but also well known bars are Drinka, Amelie, Smokvica, Tezga, Pastis in downtown. New bars spring up like mushrooms. There are so many of them, starting from coffee places and indoor bars to wine bars and craft beer pubs.

Belgrade is famous for its exciting nightlife. From the most famous house and techno in infamous Barutana and commercial touch of Lasta in the summer to underground places as Drugstore in Palilula and all manner of boathouses and rafts on the coast of the river Sava, Belgrade is  home to many clubs. It’s not alive throughout the whole week and neither is it Berlin, London nor Amsterdam, but sometimes it offers quite enough. Parties in various locations, from Dom Omladine and Luka Beograd to 20/44, Maldost and  KC Grad have hosted so many big names from electronic music industry. There are two seasons, summer/spring and fall/winter, during the summer/spring season rafts on the river Sava take charge, while the majority of clubs in the city are closed waiting for the cold weather season to start all over again with new line ups. Belgrade club scene is ephemeral at times in that one year some clubs are all the rage and hip, while in the next are totally passė or even closed down. Belgrade has many emerging DJs and music producers and some already well established artists as Tijana T, Marko Nastić, Filip Xavi, Lea Dobričić, Dejan Milićević, etc. This city hosted a very first Boiler room party in SEE region during Mad in Belgrade music festival.

Belgrade has some delightful suburbs. Some of them are historical parts such as Zemun, in the Roman times known as Taurunum. Then comes Senjak which is  located 3 km south-west of downtown Belgrade, on top of the hilly cliff-like western slopes of  Topčidersko Brdo, overlooking Belgrade Fairground  right underneath and the Sava river.  Then Dedinje is located on the eastern slopes of the hill of Topčidersko Brdo, 7-8 kilometers south of downtown Belgrade to which it is connected via the Kneza Miloša Street. It is adjoining to the neighborhoods of Senjak (west). Dedinje is generally considered the wealthiest part of Belgrade, and it is where numerous villas and mansions are owned by members of the city’s plutocracy, as well as many diplomatic residences. All the areas of Belgrade mentioned are superb in their own right. Don’t forget to visit Vračar, which is viewed as  a refined area quite close to downtown. It stands out for its old architecture, residences, street art and finest restaurants.

The hip quarters in Belgrade are definitely Lower and Upper Dorcol, Vracar, Kosancicev Venac, Savamala and Zemun. Those areas are the centre of Belgrade and the most ancient parts. Here you can find pedestrian zone, design shops , main squares, museums, art galleries, hotels, bars, restaurants, clubs, pubs, Belgrade fortress, faculties, cobble streets and the genuin spirit of the city. Lower Dorćol with its industrial feel is recently becoming very hip due to trendy bars and restaurants and street art.

And to sum up  this article I will give you one more reason to visit Belgrade- BECAUSE IT’S COOL AND ONE OF THE RARE AFFORDABLE CITIES IN EUROPE NOWADAYS!

IF YOU WISH TO FEEL LIKE A LOCAL BOOK OUR ART AND CULTURE TOURS. 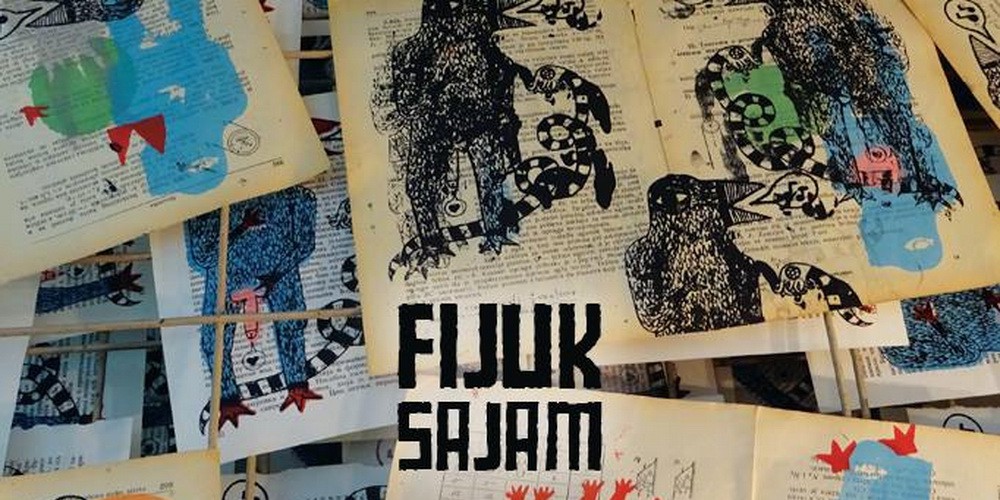