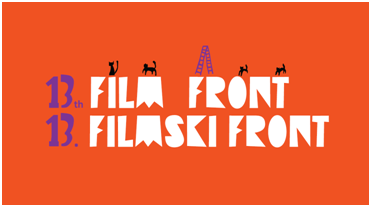 It has been here for 13 years, and from 2005 under the current name – Film Front, independent and short film festival.

13th Film Front, international short film festival in Novi Sad, Serbia, has opened a call for submission on June the 13th!  And it is not a coincidence: this year, against all the superstition of number thirteen, the festival will last one day longer! During 4 festival days, audience will have the opportunity to see the direction, in which the flow of modern cinematography is going. Documentary, feature, animated and experimental films from all around the world will be screened in two selections: International and Serbia/region.The festival nurtures and affirms the author’s artistic expression , professionalism , but also enthusiasm of young authors , for whom the 13th Film Front may be a step towards the peaks of world cinematography.

This year’s festival will be held from 28-31st October 2015, and the call for submissions will be closed on August the 13th!Let’s conFRONT  number 13 together!

Application forms can be found on filmskifront.org. Submit and let 13 be your lucky number!