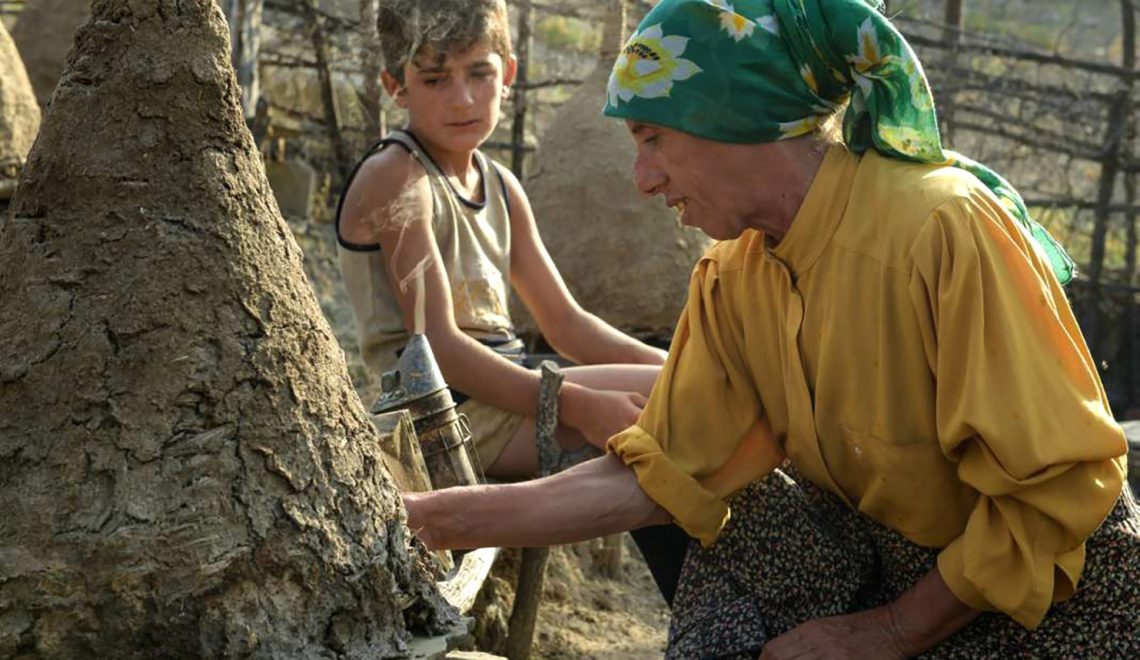 The fifteenth edition of the ” Magnificent Seven” festival will be marked by exceptional achievements from the biggest and the most important festivals as well by films directed by some of the greatest European authors. The multiple winner of this year’s Sundance Film Festival, an amazing achievement, whose scenes are reminiscent of paintings by Dutch masters, the masterful “Honeyland” opens the festival.

The film of the magnificent beauty takes us to the picturesque mountain heights, where a woman, as in primeval times, finds honey in the rocks and teaches us how to make a pact with nature. The festival celebrates a special jubilee this year – within this unique anthology of modern documentary the 100th film will be screened. The honor to be the 100th magnificent documentary is bestowed upon the “Bridges of Time”, which is a kind of manifesto of documentarism and a great praise of some of the greatest masters of poetic film. This is a joint accomplishment of the Latvian director Kristīne Briede, and the dedicated Lithuanian documentarian, Audrius Stonys, who is coming to Belgrade for the fourth time as one of the most important European authors.

Spectators will be able to enjoy the accomplishments of two of the world’s greatest authors of modern documentarism – Heddy Honigmann and Nikolaus Geyrhalter. Heddy Honigmann, whose fascinating “Oblivion” was one of the “Magnificent Seven” in 2009, this time focuses her creative
energy on the story simply entitled “Buddy”, about beings whose intelligence, skills, love and loyalty go beyond the limits of all expectations. The Austrian celebrated documentary author, Nikolaus Geyrhalter, with his distinctive style, made a spectacular visual document “Earth” premiered at the Berlinale Film Festival, about the planet where humans as the “most decisive geologic factor of our time”, every day move hills and mountains, drastically changing the face of the Earth. The Belgrade’s audience, which has a special relationship with Finnish documentaries, will have the opportunity to watch another extraordinary achievement from the North of Europe. “Gods of Molenbeek” is the film that already marked the European documentary scene at the beginning of this year, invited to open several important festivals. It is an enchanting documentary made in a playful style that, while presenting the magic of childhood, testifies to the dramatic collision of dominant cultures in the modern world. The winner of the big Leipzig’s festival, the Italian socially engaged documentary “I Had a Dream”, is dedicated to the fight for the position and rights of women, the fight that has been intensely present in various aspects of the life in Europe over the past several years. This is an impressive ten-year project in which the author turns the film that she creates into a kind of cinematic mirror.

Probably the most exclusive film project is “What Walaa Wants”, which also comes from the Berlinale Festival, telling the story of an untamed teenager whose rebellion and rage could suddenly turn into volcanic eruptions as she undergoes a brutal training for the special police forces in the Palestinian ghetto.

An unexpected surprise is prepared for the audience – for the first time, two additional special screenings – “Cinema Komunisto” and “The Other Side of Everything” by Mila Turajlić, who, with these two films, and particularly by winning the main prize at the most important European IDFA festival in Amsterdam, significantly influenced the change of the status of the Serbian documentary film in Europe.