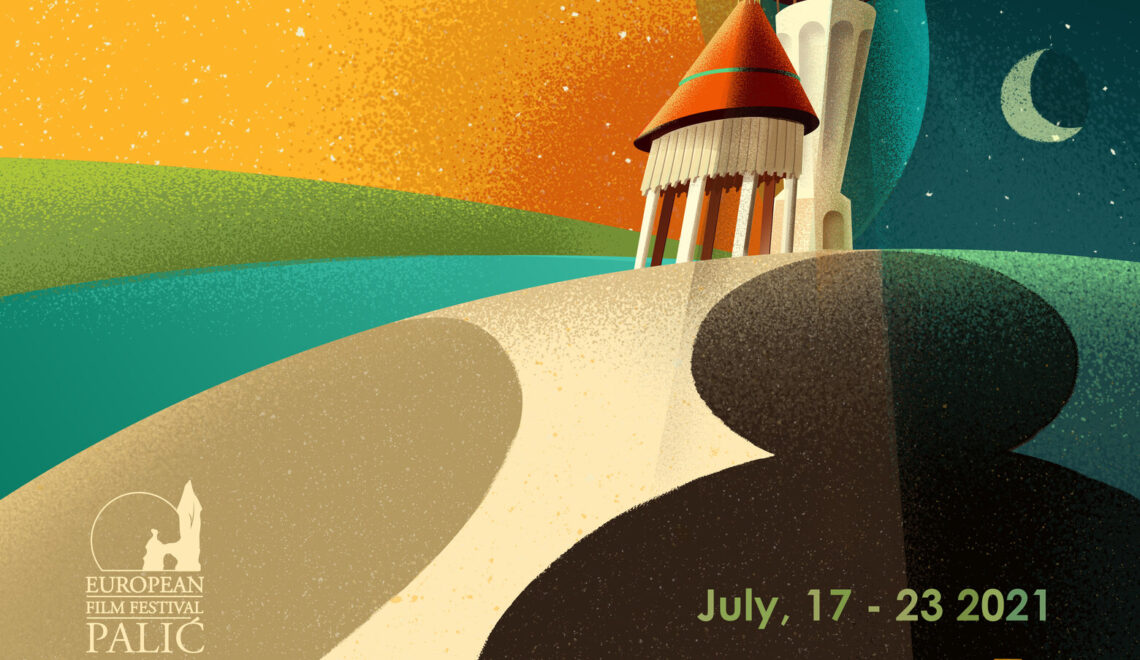 This year, the twenty-eighth edition of the Palić European Film Festival takes place in the traditional festival term, from July 17 to 23 in Palić and Subotica, organized by the Open University Subotica. This year, the festival is being held at several locations, including the unique Summer Stage in Palić, as well as the Eurocinema, Abazija, and Lifka cinema theaters. During the pre-festival program and the central part of the event, the audience will be presented with more than 130 films from all over Europe, in 15 different selections and program units. Many of the films will have their Serbian and regional premiere at Palić. In addition to a rich film program, the audience will be able to enjoy numerous dynamic accompanying contents – concerts, exhibitions, promotions, workshops, and masterclasses.

This year, for the first time, a workshop of the festival network MIOB (“Moving Images Open Borders”) will be organized for bloggers and influencers. This way, FEF follows the modern trends in the media coverage of the festival, addressing, at the same time, new and young audiences that are just getting acquainted with the richness of European auteur film and unique festival experience. The film critics workshop will be led by Neil Young, selector of the “Parallels and Encounters” and “Young Spirit of Europe” programs at the festival, and Bora Anđelić, Serbian film critics doyen and former artistic director of the FEST.

When it comes to the festival film program, this year’s competition programs bring the latest European titles in the Official Selection, as well as the most engaged Eastern European films in the Parallels and Encounters program. The year before last, selection New European Documentary, which brings the best documentaries, a film form that is attracting more and more attention of audience and critics, was introduced with great success.

The pre-festival program will traditionally be opened by the Best of Europe program composed of European films that marked the previous year, while European classics will be screened in the Classics on the Square program in the open-air cinema on Freedom Square in Subotica. European Film Festival Palić, following contemporary trends in Europe and meeting the needs of the audiences, continues to introduce new programs. This year it is the Europe 4 kids program, with seven films for the youngest film lovers.

The homage program will be organized, as in previous years, in the honor of the Alexander Lifka Award laureate. FEF Palić has been awarding this prize to domestic and foreign laureates since 2000, for their exceptional contribution to European cinema. As in previous years, the New Hungarian Film section brings the latest production from the neighboring country, while the Young Spirit of Europe program is intended for short and experimental film forms. Every year FEF Palić presents the cinematography of one European country within the Cinematography in Focus program, with films of the most interesting authors of that country.

Also, an homage program to the Underground Spirit Award laureate will be screened in honor of the winner of this award assigned by the Festival for his or her contribution to the independent film. Another section that has lasted for more than a decade is Eco Dox, a program based on documentaries dedicated to the challenges of environmental protection.

During the festival, a selection of films from the Sigismund Vilmos Festival in Szeged will be screened, as well as a selection of EFA Shorts, which consists of short films nominated for the European Film Academy Award.

The accompanying program of FEF Palić is an inseparable part of the festival experience, which presents the audience and guest artists with the unique spirit of the Festival that sets it apart from similar events in Europe. During its 28th edition, in addition to exhibitions, book promotions, panel discussions, and a music program, FEF Palić organizes numerous educational activities, continuing its mission of creating a stimulating frame for young people involved in the seventh art.

The Palić Film Festival was founded in 1992 and from the former small and unpretentious Palić Film Evenings, through persistent attempts to create a serious regional festival in difficult times of isolation and the first attempts to connect the cinemas of then warring countries, it grew into an important point on the map of European film festivals. Since 2003, it has become the Palić European Film Festival, turning to the promotion of European authors and thus a gathering place for the most important artists who shape the cultural scene of Europe. The festival was visited, among others, by Nikita Mikhalkov, Ken Loach, Roy Andersson, Ken Russell, Brian Cox, Theo Angelopoulos, Christie Puyu, Jiří Menzel, as well as the greatest names of Serbian and Yugoslav cinema. FEF Palić is also the winner of the EFFE award (organized by the European Festival Association) for the best European art festival in 2017-18.

By choosing the best achievements of contemporary European cinema that does not accept compromises, the Palić European Film Festival tends to prove, in accordance with the values it has been actively promoting for more than two decades, that every attempt to emancipate and renew critical consciousness makes deep sense.