3 (Belgrade) events you should attend in December 2020 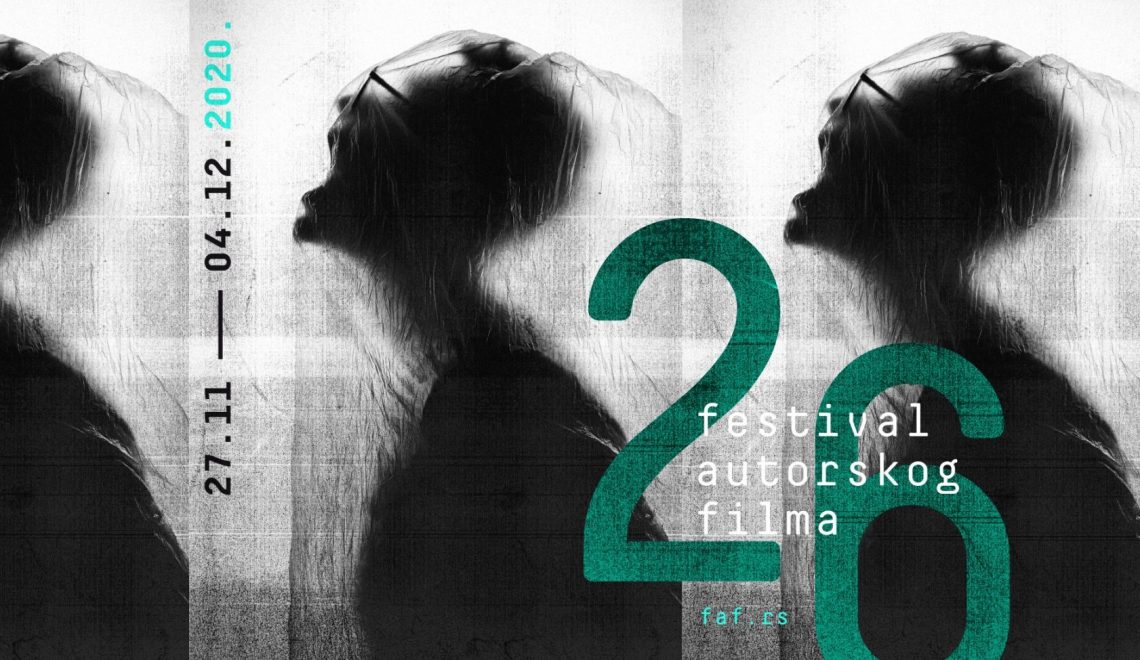 In this article, we present 3 interesting events that are happening in Belgrade at the end of November and December 2020. Stay tuned!

At this year’s Author’s Film Festival, which takes place from November 27 to December 4 in Belgrade, the audience will have the opportunity to see films from international festivals.

Igor Stanković, director of the Festival, opened the press conference by announcing that “all security measures have been taken and that the Festival invites all visitors to wear masks and keep their distance, and that everyone’s temperature will be measured when entering the halls.”

The organization behind the film festival decided to hold the Festival physically “the defense of cinema and art and everything that the Author’s Film Festival has been fighting for 26 years”, as well they think that movies are best seen in the cinema.

Srdjan Vucinic, the artistic director of the festival, announced the film “There is no evil”, by Iranian director Mohamed Rasulof, which will officially open this year’s FAF. The premiere of “My Life As a Death Row Executioner ” will be held in the Kombank Hall, while the re-screenings will be shown in the Youth Center and the Cultural Center Hall.

The main program includes 22 productions, of which 10 films will compete for the Grand Prix of the Festival and the Alexander Sasa Petrovic Award. As part of the main program out of competition, the audience will be able to see 12 films, including the debut work of Georgian director Dea Kumbashvili – the film “The Beginning”. This work by Kumbashvili won 4 awards at the San Sebastian Film Festival, and it is the most interesting film of 2020, Stefan Ivančić emphasized.

The audience will have the opportunity to see the achievements of young authors in the “Brave Balkans” selection, as well as an animated feature film by Croatian director Dalibor Barić – “The Accidental Luxury of a Transparent Water Puzzle”, which represents the diversity of this selection, said Masha Senicic.

The program of the Festival also includes selections: “Acid”, “Bande a part”, “Cinéfondation”, as well as special screenings.

This year, the festival is pleased to present a retrospective dedicated to our great director and screenwriter Vlatko Gilić. Gilic’s film “Spine” from 1975 will be shown at the Youth Center. Srdan Golubović, who presented the retrospective program at the conference, said that Gilić was one of the “most important documentarians in the world”. Most of the author’s works are inaccessible to the general public, so this is a unique opportunity for the audience to get acquainted with Gilić’s films.

Tickets can be purchased from the 19th of October.

More information about the program of the 26th Author’s Film Festival can be found on the official website faf.rs.

The twelfth edition of the Merlinka International Queer Film Festival will be held from December 3 to 6 at the Belgrade Youth Center under the slogan “Festival on the verge of a nervous breakdown“. During the four days of the festival, more than 80 feature, documentary and short LGBT films will be premiered, and the festival will be opened by the Lithuanian-Serbian co-production “Lawyer” directed by Romas Zabarauska, in which Serbian actress Jelena Stupljanin plays one of the roles.

Speaking about the circumstances in which the festival was prepared, and which were marked by this year’s slogan, the director of the festival, Predrag Azdejković, said: “The Merlinka festival at the time of the crown became a festival on the verge of a nervous breakdown. It was very difficult to close the festival program because the premieres of many films we wanted were postponed to next year. Despite that, we present a rich film program that you will be able to follow with all the protective measures only in the Belgrade Youth Center because we have decided not to have an online version of the festival. “

The drama “Lawyer” was filmed in Belgrade and follows the relationship between lawyers Marius and Ali, a refugee from Syria, who resides in Belgrade. After the death of his estranged father, Marius meets Ali with whom he develops a sudden relationship and helps him seek asylum, which further deepens their relationship and tests personal and physical boundaries.

The main competition program will also mark the new film by Francois Ozon, the three-time winner of the Silver Bear at the Berlinale, “Summer ’85”, which was in the official selection of this year’s Cannes Film Festival. This is a story about the love and friendship of two teenagers Alexis and David, who spend the summer in Normandy and at the same time a saga about their growing up and maturing during the eighties.

David Färdmar’s Swedish film “Lost Forever”, starring Serbian actor Nemanja Stojanović, is also part of the Main Competition Program. It is a film that shows in a bitter-sweet way the painful time after the end of a long relationship when the lives of two people have to start from the beginning.

The audience will also have the opportunity to watch the film “Without Anger” by Faraz Shariat from Germany, which had its world premiere at this year’s Berlinale, where it won the Teddy Award for Best LGBT Film. This German production follows Parvis, the son of exiled Iranians, who faces life in his small hometown enjoying the pop culture and rave, and who, despite his apparent refuge, still strives to belong.

The repertoire of the Main Competition Program also includes the Australian film “Silent” directed by Ian Watson, “Music for Broken Hearts” by Brazilian director Rafael Gomez and the Chilean film “Death Will Come and Have Your Eyes” (Jose Luis Torres Liva). Also, the Argentine “Emilia” by Cesar Soder and the Austrian “Black and White Colorful” by David Moser.

Among the documentaries of this year’s festival program, the Australian film “Morgana” (Isabel Peppard, Josie Hess) stands out – the story of a desperate housewife Morgana Muses trapped in a bad marriage, who plans to end her life looking for an escape. However, after meeting an escort man who helps her expand and discover personal and sexual freedoms, she becomes a respected director of adult films and a pornographic actress.

The festival will also screen the documentary “Maria Luiza” by Brazilian director Marcel Diaz about the first transgender person in the Brazilian armed forces, who retired due to disability after 22 years of work. This film explores the motivation for banning the wearing of women’s uniforms and her path to affirmation as a transgender person, soldier and Catholic.

The repertoire of this year’s festival edition also includes the American documentaries “Incredible Lesbian Stories” (Kathryn L Beranich), “Everything We Have” by Alexis Clements, and the American-Cuban co-production “Transformers” (Chad Hahne). The program also includes the Israeli films “Trans Children” (Hill Medal) and “Dear Freddy” by Ruby Gatt in co-production with the Czech Republic, the Canadian film “Sex, Sin and ’69” (Sarah Fodey), as well as numerous short films.

More about the program at www.merlinka.com.

The 8th edition of Vizualizator Photography Festival, with an exhibition of selected works by an Italian photographer named Stefano de Luigi, will open on Wednesday, November 18 at 4 pm in the UK Stari grad.

The VIZUALIZATOR Photography Festival is a dynamic event of an international character, of great importance for the development of the photographic scene in Serbia.

The festival will take place from November 18 to December 15

Stefano de Luigi, a member of the prestigious photography agency VII and winner of the 4th World Press Award, will hold a workshop after the presentation of the exhibition that will open the festival.

Italian photographer Stefano de Luigi was born in Cologne in 1964. He currently lives in Paris and began his career working as a photographer at the Louvre from 1989 to 1996. He has published books: Pornoland, Blanco, iDyssey and Babel and has won numerous awards including four World Press Photo Awards (1998, 2007, 2010, 2011) . Stefano regularly collaborates with several international publications, including The New Yorker, Geo, Paris Match, and has exhibited his work in New York, Paris, Geneva, Milan, Rome, London, Istanbul and Athens. “Stefano de Luigi has been a member of Agency VII since 2008.”

Exhibitions in the UK Stari grad as part of the photo festival “Visualizer-Vizualizator”: