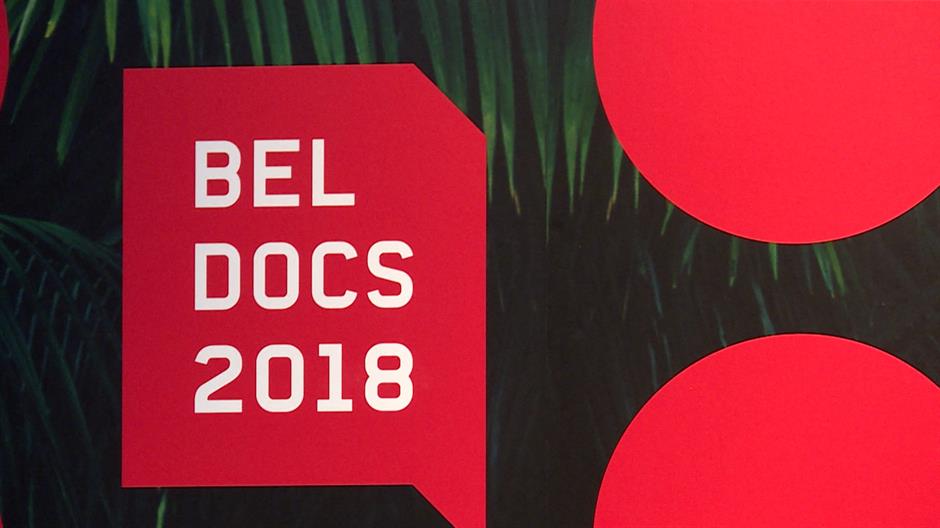 This year’s 11th edition of the Beldocs International Documentary Film Festival will feature 98 films in 14 programs and 10 cinemas with more than 100 guests and a rich program dedicated to film professionals. The Beldocs festival will be held from 7-14 May in the following cinemas: Sava Center, Belgrade Youth Center, Cultural Center of Belgrade, Dom Sindikata, Yugoslav Film Archive, Museum of Yugoslav Film Archive, Museum of Contemporary Art Belgrade, Fontana Cinema, Cultural Center Vlada Divljan and Cineplexx Usce. Mladen Vušurović, the founder and director of the festival, says:

“Beldocs goes on, driven by great ambition, with a new vision for the next 10 years. The selectors worked hard for several months, and watched a lot of films in order to select 98 films in 14 programs that will be shown at the festival. ”

“The international competition program is distinguished by diversity in theme and stylistic approach, as well as a perfect balance between great, proven authors (Agnes Varda, Abel Ferrara, Claude Lanzmann) and talented, young debutants.

Nine films will be featured in the part of competition program dedicated to Serbian films, out of which five world premieres, together with the domestic film premier 4 years in 10 minutes (Mladen Kovacević), whose world premiere is eagerly awaited next week at the Visions du Reel festival in Nyon.

The program in the old Yugoslav Film Archive is divided into three parts: Front page (political and social current topics), Planet Earth (nature and anthropology films) and Fireworks (films about enchanting or incredible people and events).

This year we have introduced a new selection of radical documentaries and hybrid genres called Meteors, which will be shown in the Museum of Contemporary Art and the New Film Archive.  Great Portuguese director João Pedro Rodrigues will be a special guest, known to the Belgrade audience by the movie Ornithologist, shown at FAF in 2016.

Igor Stanojević points out that in designing the entire festival, the selectors were guided by a desire to present the entire extraordinary range of world documentaries.”There will be global blockbuster titles such as Caddy about Istanbul cats, arthouse sensation L. Cohen, as well as everything in between. The main criterion was quality.”

Although the international competition program is extremely strong this year, especially interesting topic that permeates several movies, the topic of growing up is quite conspicuous in the films Of Fathers and Sons by Talala Derki, Boli Bana by Simona Gilara and Brimstone & Glory by Viktor Jakovleski – growing up in a tribal society, growing up in ISIS, growing up in a small town dealing with a dangerous profession of making fireworks – the concept of growing up all over the world different in each place, but in essence very similar everywhere.

The guest of the festival and one of the most important documentarians of today, Rut Bekerman, after the victory in Berlin brings us the film The Waldheim Waltz, which casts a new light on the official history of Europe. In addition to this, Bekerman will in the selection of biographical documentaries present titles about people who have already directed the course of human society through movies such as Westwood: Punk, Icon, Activist Lorna Taker, who will have an international premiere at Beldocs.

The Planet Earth program, which aims to represent the diversity of life around the world, is so as to say represented by film Small planets, by Dirk Manti, who will have the world premiere at this year’s Beldocs, a film that manages to bring the color of all the microcosmos of the Earth to us with extremely effective concise vignettes. ”

Marija Vukić, program manager of Beldocs Human Rights program, points out that with this program, the Festival joins the celebration of 70 years since the signing of the Declaration of Human Rights.

“In accordance with the program concept, we have selected films that deal with topics such as genocide, human trafficking and the death penalty. In addition to film screenings and interviews with authors, we will also organize 3 moderated panel discussions on the above topics. The basic goal of this program is to encourage the public to think, to take the critical attitude and the readiness of the individual and society to recognize and react to the crime against humanity. ”

Djordje Marković, the director of the movie The Last Adventure of Cactus Mate (Poslednja avantura kaktus bate), whose film opens the festival in the Sava Center on May 7 together with the film Slatko od Nista, by Boris Mitić, says:

“I am extremely pleased that my film The Last Adventure of Cactus Mate, together with Boris’s film, will open the Beldocs Festival”, said Djordje Marković, the author of this achievement. “It’s my debut film produced by Tuna Fish Studio from Belgrade, with the help of the Media Fund and the Film Center of Serbia. Croatian co-producer is Nucleus film from Zagreb. The topic of the film is the Second World War and the mysterious fate of a comics artist from that time. Aleksandar Zograf, one of our most important comics artists will lead us through the narrative of the film,. ”

This year’s industry program, just like the last year’s, will bring together numerous documentary names, who will exchange their professional experiences during  Beldocs. The chief of this year’s Industry Program is M. Đem Uztufekći who says that Beldocs in Progress will be the most important part of this program.

“Beldocs in Progress (BIP) is a platform for presenting domestic documentaries in the development phase to film professionals from Serbia and abroad. The goal is to support the production, post-production, distribution, representation of Serbian documentaries at film festivals, televisions and VOD platforms by presenting projects to festival program managers, sales agents, distributors, TV managers and potential co-producers and find financial support. This year’s awards are: EUR 2,000 from the Film Center of Serbia and EUR 4,000 from the production company Living Pictures.