A trip outside Belgrade-Kosmaj monument and Avala Mountain 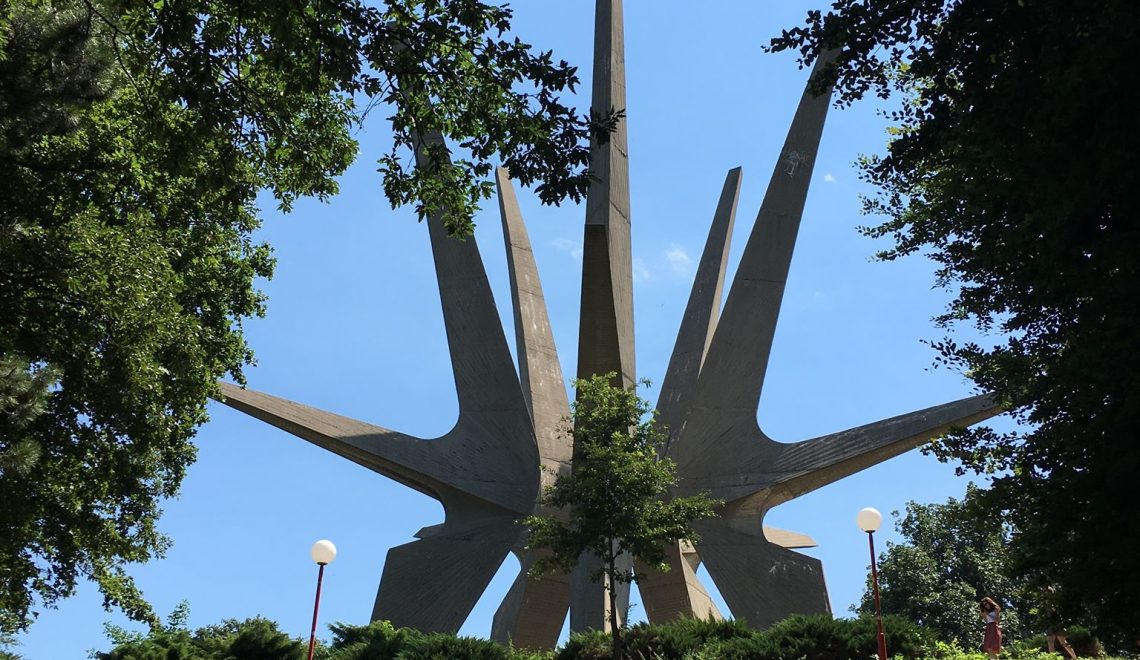 Another trip outside Belgrade. This time the post-war monument at Kosmaj Mountain and the monument of Unknown hero at the Avala Mountain could be found on the itinerary amongst other interesting venues.

A mountain and nature resort, Kosmaj, is located 60 km from Belgrade. It is known for its forest, small monasteries and churches from medieval ages (12-16 century), viewpoints, and the stunning monument at Mali Vis devoted to Kosmaj’s partisan unit from the Second World War. This peculiar monument is made out of concrete and it has been known among the brutalism aficionados for many years. The monument is made of five 30m high concrete prongs and due to its interesting shape, it became a viral hit worldwide while being labeled as the socialist sci-fi architecture together with the rest of socialist monuments around former Yugoslavia.

Next to this monument that symbolizes the spark of freedom and national’s liberation struggle, there is another interesting viewpoint in the forest that could be worth a while. From this viewpoint, one can see Avala Mountain and enjoy the fresh air.

As well there is a popular microbrewery Kabinet which is open for visitors on Fridays, Saturdays, and Sundays. The craft microbrewery is made of concrete and has pretty minimalistic interior design. In the indoor part, there is a bar for beer tasting and a restaurant. Since its summer we recommend trying light craft beer with flavors of pear or mandarin and combine it with one of the vegetarian specialties from the menu. The prices are very decent. Ranging from 2e per smaller beer and 4 euros per portion of food.

The outdoor yard is of special interest for people coming from the city since it has a self-service bar and a meadow where milky-color umbrellas are set so the visitors can bring blankets, drink beer and relax in the middle of the Kosmaj nature resort.

Do not forget to make a reservation if you want to visit a restaurant or seat under umbrellas.

On the way to Belgrade do not forget to visit the Avala Mountain which is famous by the Monument of Unknown Hero and Avala tower.

The Monument of Unknown Hero is another stunning masterpiece by Croatian and Yugoslav artist Ivan Mestrovic. It was erected in 1938 during the time of the kingdom. The masterpiece is in the shape of the mausoleum with caryatides that wear traditional costumes from all areas of Yugoslavia. The marble mausoleum and the sculptures are inspired by the ancient Greek sculpture from the Archaic and Classical period from 8-5 b.c.

Sunset, monument and the Avala tower

We recommend to catch the sunset on this location, and then visit the sci-fi looking Avala tower and grab a cup of coffee inside the tower (if it’s possible) overlooking the city from the top while feeling like Christian Bale in Batman.

A trip outside Belgrade is our new article. You can read about a trip to Palic lake here.