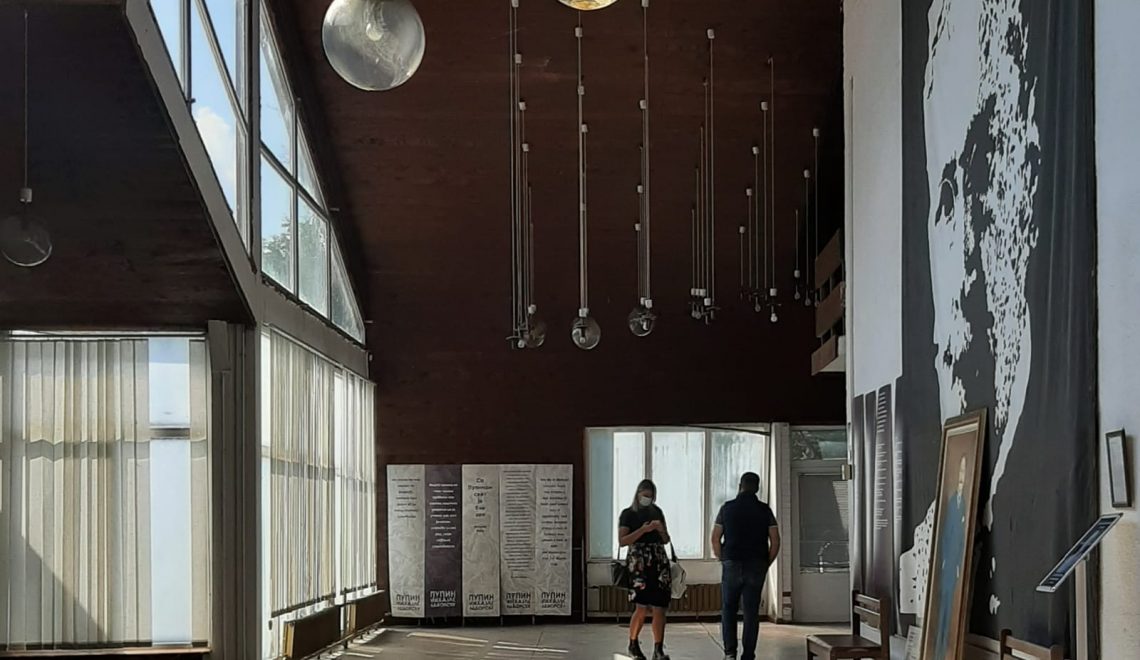 A brand new trip outside Belgrade. The Famous Museum of Naïve Arts, the House and Museum of Serbian-born inventor Mihajlo Pupin, and the natural resort Carska bara (Tsar pool) were on the itinerary among other interesting venues. The idea was to get insights into naive arts, visit the hometown of scientist and inventor Mihajlo Pupin and have a boat ride at Carska bara.

The first place on our one-day voyage was a town called Pancevo, which stands in south Banat on the banks of the rivers Danube and Tamis. This ancient city, which dates back to Roman times, is mostly known for an industry that started to develop at the beginning of the 20 century, and later the city became one of the industrial giants of SFRY. As well as for famous artists, writers, and scientists such as Isidora Sekulic, Milos Crnjanski, Uros Predic, Jovan Jovanovic Zmaj, Mihajlo Pupin and others who were educated right in this place.

The cityscape is an interesting mixture of beautiful architecture from the beginning of the 20 century and post-war architecture. The facades are enriched with interesting murals and among them is the portrait of Mihajlo Pupin which is depicted on the wall of the new post office.

Likewise, it is worth mentioning the City Museum that exhibits the original masterpiece “Seoba Srba” (Eng. Migration of Serbs) from 1896 (oil on canvas) by Paja Jovanovic. This artwork is the first of the four originals that Jovanovic painted and the most peculiar one.

The atmosphere in the city is very easygoing and friendly. Cafeterias, bars, and restaurants, as well as a museum (closed on Sunday), are opened from 10 am. The main pedestrian street offers a variety of places to sit in the yard, drink coffee, and catch the sunshine. If you get hungry don’t hesitate to visit Tresnjica-nicely designed restaurant with good food and affordable prices.

The next step of our voyage was a peaceful town called Kovacica, widely known for the Museum of Naïve arts. A small museum was established back in the 1950s and exhibits paintings by older and more contemporary naïve artists. The famous representatives are Martin Jonaš, Zuzana Halupova, Jan Knjazovic, Martin Paluška, Jan Sokol. Those are mostly artists with Slovak origins, who were born in south Banat, did not finish art schools (that’s where the name naïve comes), but have expressed their talent through the painting of Banat landscape, people working on the fields, children playing in the snow…

It can be noticed that more contemporary naïve artists elaborate on other topics as well, such as: sexuality or surreal environment. Next to the regular exhibition, there is a sale exhibition and souvenir shop where art lovers can buy original artworks from naïve painters. Prices range from 180e to 800e.

Not so far away from Kovacica (13 km) stands Idvor, a village which is known for a famous scientist and innovator Mihajlo Pupin Idvorski (the second last name Pupin added in his later career).
In this must-visit museum visitors have a really great opportunity to watch a short, but breathtaking documentary about the life and work of Mihajlo Pupin, hear a story from the very knowledgeable curator, see his belongings and explanation of his numerous patents (over 50) and understand his relevance for the modern science and technology and for the politics of the Kingdom of Yugoslavia in the time of the First World War.
As well, visitors have a chance to catch a glimpse of Pupin’s modest office in his family house, which stands near the museum.

And most importantly to understand how ingenious he really was, since he was the father of telecommunications, wireless electric signaling, and even the X-ray which he did not want to patent.

For the closure of our interesting voyage, we have made a walkthrough Carska bara natural resort and had an almost a “slow-mo” boat ride, since the pool is shallow.

Carska bara (Eng. Tzar pool) got its name due to the fact that Austro-Hungarian crown prince Franz Ferdinand was a visitor to this pool since he was an avid hunter.

There is a traditional restaurant with rustic interior design and really good food near the entrance of Carska bara, so in case you are starving do not hesitate to drop by. The specialties of the house are fish soup, river fish, but there are other delicious meals typical for Vojvodina region, such as Viennese steak and fried cheese with salad.

On this occasion, we would like to express our gratitude to the travel agency Travellino (www.travellino.rs) who invited us on this very interesting 1-day tour. The organization, tour guide, and a driver were great!