Through two examples of “space conquest” which occurred in Belgrade over the past year, we seek to explain the current situation regarding the spaces for independent culture and art, as well as the ongoing struggles in the sphere of the commons. The disappearance of public spaces is becoming an increasingly common fact associated with modern cities. Current urban development tendencies, driven by market-oriented interests, represent a huge threat to public spaces, and therefore to alternative cultural activities as well. The disappearance of public spaces and the emergence of quasi-public structures occur in parallel with the aggression of commercial culture and the appearance of cultural spectacle. The city is changing in a way that favours the expansion of trade, information overload and commercialization, largely at the expense of its citizens. The spaces are losing their identity; they are being alienated, even though they are real and socially defined.

One such example is the building situated in the Belgrade suburb of Kraburma, formerly owned by Inex Film, a defunct public company from the previous era. The action launched by young individuals and groups, many of whom are artists, started in April 2011. Inex film was a public cinematographic company engaged in film production and distribution, as part of a former large Yugoslavian enterprise group – Inex Interexport. When the initiative was launched, the Inex Film building, which exceeds 1500 square meters, was abandoned and completely devastated, bearing no traces of its history. Today, we can perceive it through the very paradigm of brutal capitalist transition and privatization, which we’ve been witnessing in the last couple of years.

The Inex Film Expedition, as the initiative is called, explores the possibilities of self-organization, solidarity, and the “do it yourself” philosophy of the early 21st century. It gathers together individuals and organizations in need of a space for their creative work and cultural production, and who, despite their knowledge and willingness, generally have limited or no access to necessary resources. With the intent to conquer the much-needed working space, the Expedition members located the Inex Film building and started working on its revitalization. At first, the activities were focused on cleaning up and restoring the building itself and its surroundings, but shortly afterwards the space started to be used to host gatherings, discussions, exhibitions and art interventions. 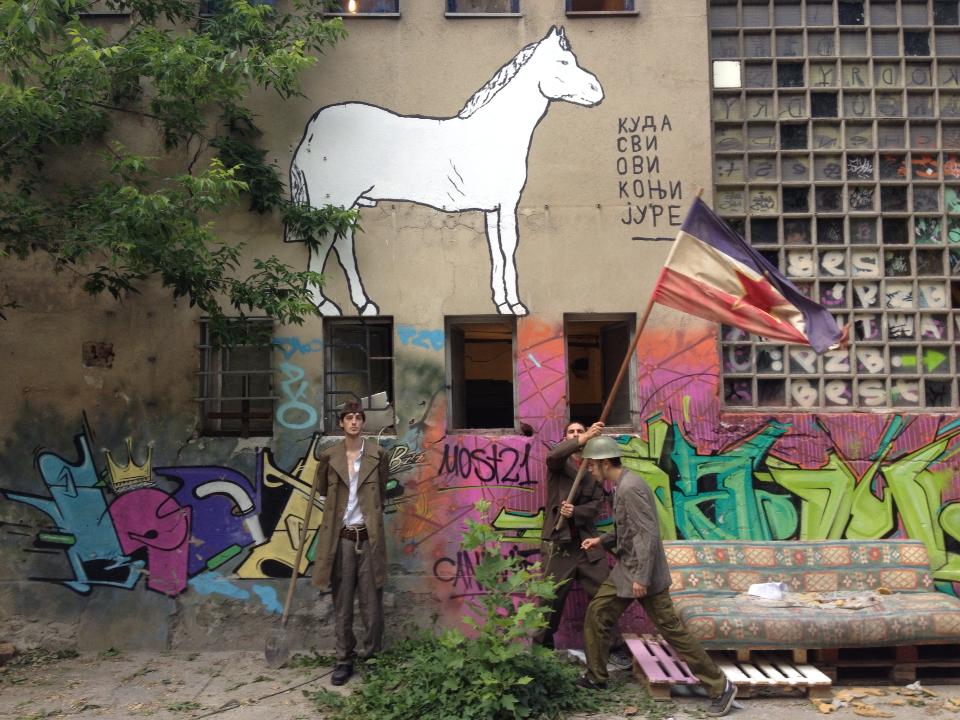 Experimental visual arts, site-specific artistic or architectural interventions, performances and guerrilla art, contribute to the development of strategies for accessing urban spaces. Any interested group or individual may propose and implement content that then becomes part of a collective effort to reorganize the space and enable it for creative work and the exchange of ideas and knowledge.

One of the clear objectives of the Expedition is to promote youth participation in social development. Since the building was occupied a series of events have been organized, among which are: the exhibition “World Communal Heritage” by Rene Readle and Vladan Jeremić; the workshop “Activism and public spaces” led by Dušan Šaponja and Dušan Čavić; the launch of the 2nd Micro Festival of Amateur Film; the seven-day festival “Art and Shovels”; the comic-book festival “New Age”; the exhibition “From Dionysian Socialism to Predatory Capitalism” organized by the Center for Visual Culture, a department within the Museum of Contemporary Art; the forum “Artist as Audience”; numerous concerts and DJ performances, and many other events. 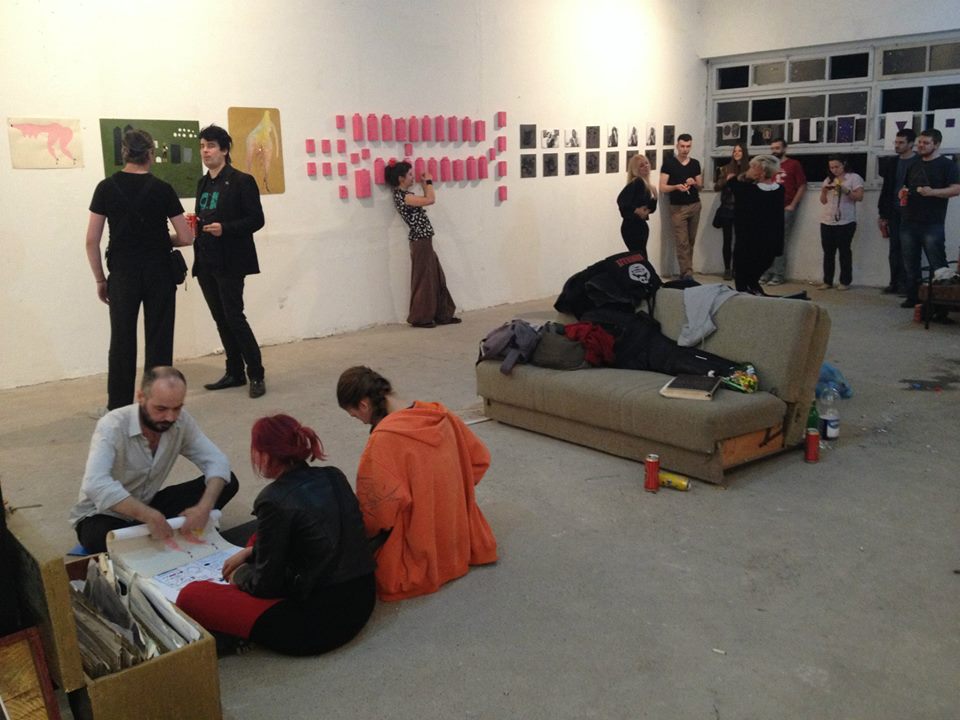 The interest and involvement of the large number of people who gather around Inex Film, is the best proof of the importance it has for the community.

The model used for occupying this building is called squatting. This term refers to an illegal occupation of a building or space that the squatter does not own, rent or otherwise have permission to use. There are two main groups of squatters, those who occupy spaces because they are existentially jeopardized, and those who need space for the realization of their ideas (artists, activists, cultural entrepreneurs). Inex Film squatters belong to the second category. The examples from the region (Slovenia – Metelkova, Pekarna, Croatia – Rojc, Medika) represent squats organized as multifunctional cultural centres, with art studios, alternative libraries, computer centres, mini editorial boards for publishing journals and magazines, galleries, clubs, alternative theatres, cinemas and concert halls, children’s centres and sports clubs. Today, the squats are places where we can encounter great creative energy and rich cultural production.