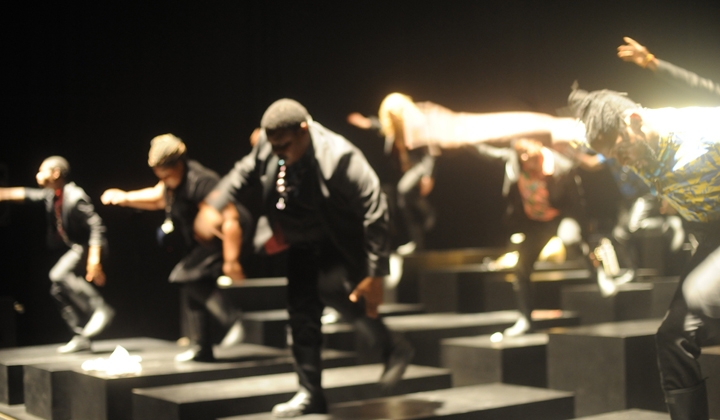 52nd Bitef festival will be held in Belgrade from 13th – 22nd September, 2018. The performance which will most definitely capture the attention of the audience, especially the segment of it with a slant for musicals and music in general, is the one planned to close the festival in Sava Centre on 22nd September at 8 pm.

It is a production by Belgic troupe “les ballets C de la B”, Requiem for L. The famous choreographer Alain Platel, one of the brightest international stars to visit this year’s Bitef, in cooperation with the composer Fabrizio Cassol and the musicians from all over the world, creates his own version of Mozart’s Requiem. This version combines various music influences and genres, which include jazz, opera and African pop music, confronting us with death in a sad but also funny way.

Platel has already visited Bitef – in 2012, his production Gardenia received a fantastic reception. It has been six years since then and Platel, as he states himself, has had many different experiences in the meantime. “I miss Gardenia very much. One of the actresses from that performance has died, so the performance has a historical significance for me as well. But now, Requiem for L is something completely different. It’s a music performance in the first place. The composer Fabrizio Cassol has worked on Mozart’s music, Requiem, with 14 musicians coming from South Africa, and with European musicians too, to rewrite this whole composition of Mozart. Having finished, he asked me to stage it”, the author has said.

This project is produced by the troupe “les ballets C de la B”, but also by some of the most renowned international festivals and institutions – Berliner Festspiele, Festival de Marseille, and the Onassis Cultural Centre from Athens.

Ticket sale for all 52nd Bitef performances at the Bitef Festival box office which is located in Terazije Theatre (29 Terzije Square).