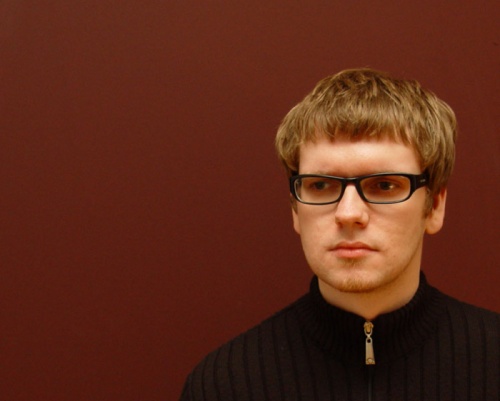 Established DJ and producer from Berlin Alexander Kowalski is coming to Belgrade again. He will play at Svemirska kafa boat on the 18th of July.

Alexander Kowalski is a German techno producer who elegantly fuses elements from classic Detroit and historical Berlin techno. His affection for sophisticated bass lines, deep beats and challenging arrangements breathes new life into techno. He knows perfectly how to program his tracks to sound straight, deep, housy, dubby or funky – and this versatility is one of the reasons for his reputation with both ravers and underground-oriented techno nerds. Alexander Kowalski has come a long way. A techno producer and live performer since 1997, he has racked up an impressive volume of work including four solo albums, countless singles and remixes. It all began in the early 90’s in Berlin as Kowalski caught wind of the first techno releases that found their way over from Detroit and New York. Soon he was producing his own material and making his debut live appearances at Berlin’s premier techno club Tresor. It was here that he got in touch with Pacou, resulting in his first releases on the Tresor label under the pseudonym DisX3. Around that time, he also teamed up with Stassy of Sender Berlin in a collaboration called Double X.Not long after, his first full-length release “Echoes” appeared on Kanzleramt (2001). But his big breakthrough came with the release of his follow-up album “Progress” in 2002. In the same year he also scored a hit with “Hot Spot” featuring Raz Ohara. Evolving and honing his production skills with every release, Kowalski was soon getting enormous acclaim for his innovative sound, which combined technical prowess and precision with a strong sense of emotion. After his third album “Response” in 2003, he shifted his focus to performing live across the globe and providing remixes for such artists as Agoria, Dave Gahan, Funk D’Void, Sascha Funke and Paul Kalkbrenner.In the meantime Kowalski decided to indulge his passion for vocals, which he began to use more and more in his music. His wistful, lyrical track “Lock Me Up” (with Turner) clearly showed the potential he had unlocked with this approach, and in 2006 he returned with the album “Changes” on the Different label, showcasing his new musical focus. Boldly crossing genres, he has produced songs featuring a wide range of vocalists including Khan (“House of Hell”), Fritz Kalkbrenner & Barca Baxant.Kowalski’s action-packed live sets are always powerfully intense. Having played in cities all over the world, he is a pro performer behind his gear who knows how to rock out the dancefloor with bass-driven techno, deep harmonies and straight beats, pulling out all the stops with his club anthem “Speaker Attack”. His live skills as well as his exceptional discography have earned him a place as a favourite among critics who, over the years, have awarded him the titles of best producer, best live act and two-time nominee for the German dance award.2009 he started his own Label “Damage Music Berlin” featuring Tracks & Remix by himself, Extrawelt, Dirty Doering & Vince Watson…