Architecture of the Building of the Engineering Faculty in Belgrade 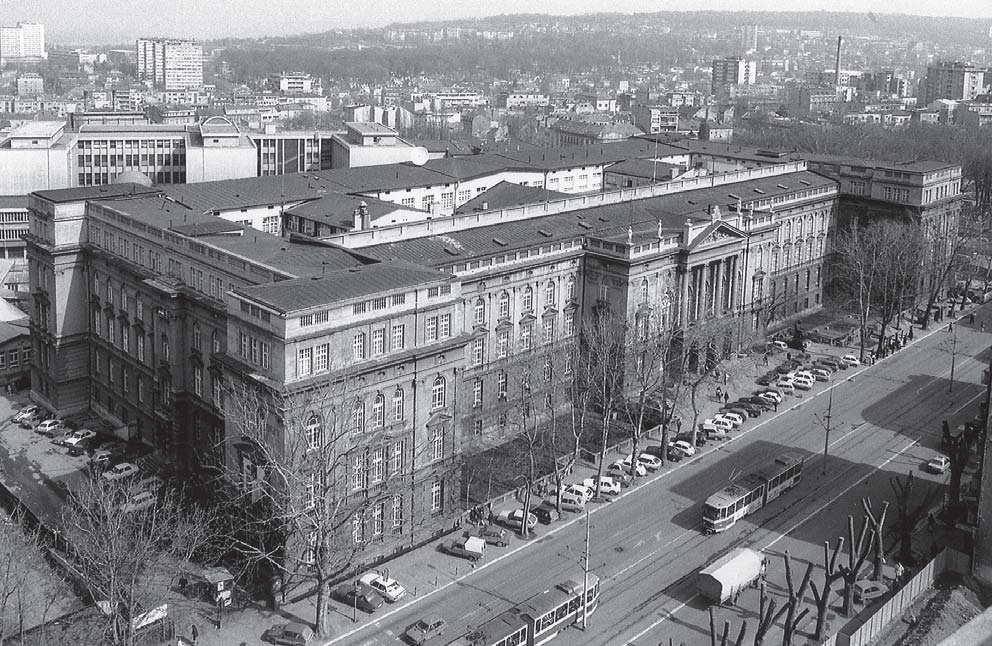 The building of the Faculty of Engineering in Belgrade was built between 1925 – 31, according to the design of architects, university professors Nikola Nestorović and Branko Tanažević. It is made in style of academism with dominant classicist elements. 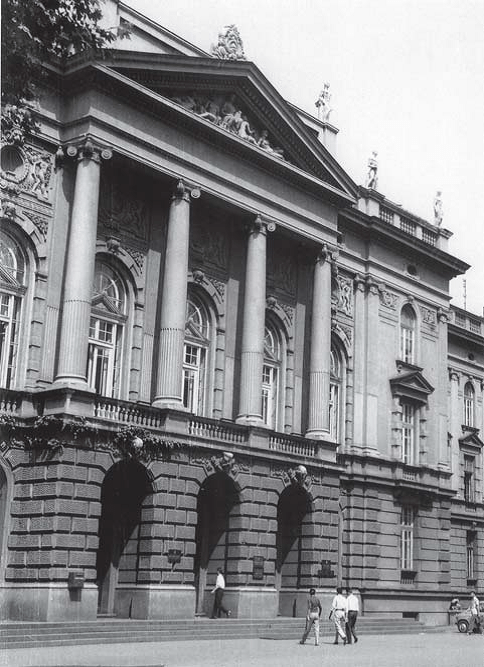 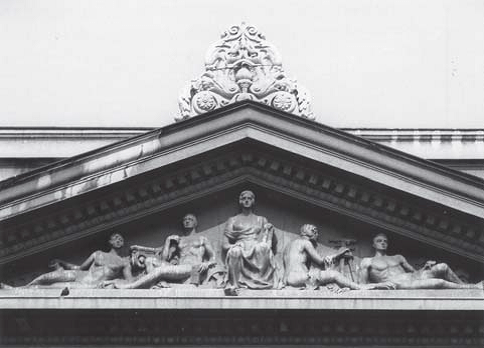 Tympanum with composition of “Architectural technique” (photo: S. Negovanović, collaborator of the Institute) 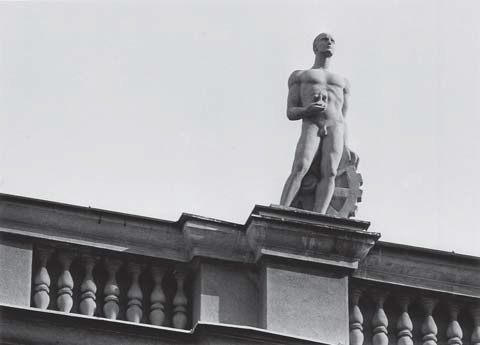 Sculpture of man with industrial wheel (photo: S. Negovanović, collaborator of the Institute)

Building facades are horizontally divided into zones by robust profiled cornices, and vertically by pillars and circular columns. The most dominant facade emphasis is the central bay with staircase and three-part entrance, which ends with tympanum. All the facades are decoratively ornamented. Sculptures and embossed plastic on the front of the facade are made by academic sculptors Ilija Kolarević and Ivan Lucev, while the ornamental plastic in the artificial stone is made by Bedrih Zeleni. The allegoric sculptures, which represent Sculpture, Electrical Engineering (Physics), Architecture, Industry and Painting, on the attic of the frontage, made of artificial stone, as well as the composition ‘Building Techniques’, placed in the tympanum, with central figure of woman with book and pencil, with two figure on each side, with technical instruments and architectural and building elements, are especially distinguished by their arrangement. 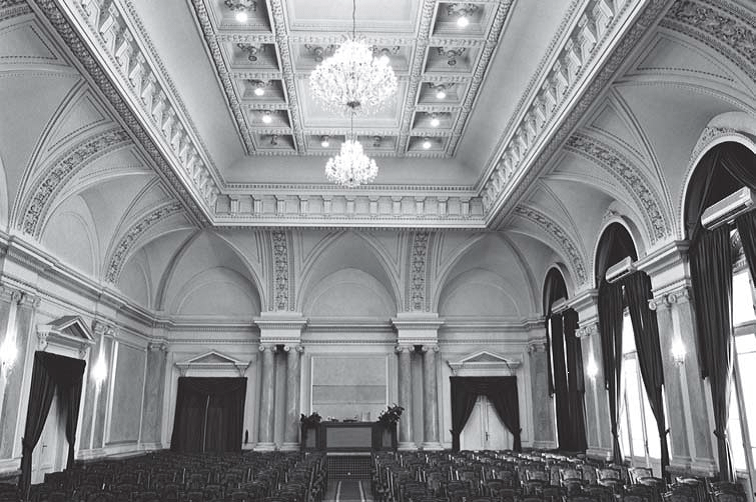 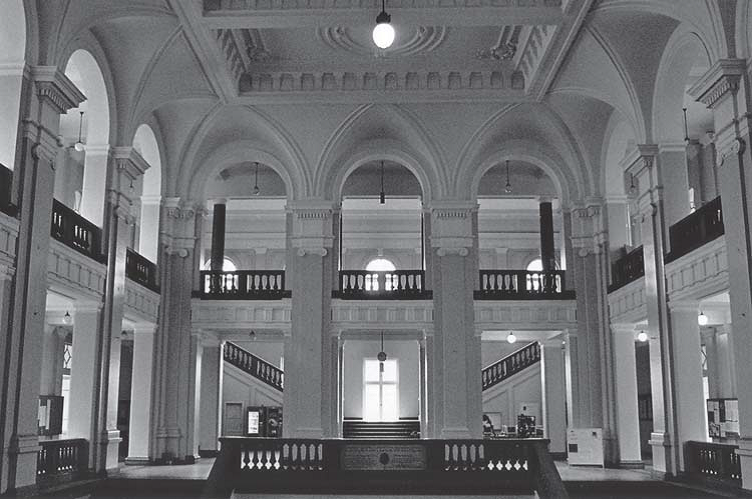 The base of the main building of the Big Technical School in Charlottenburg, Germany, where the architect Nestorović studied, served the authors as an inspiration for the base of the building. It is possible that Nikola Nestorović, Berlin pupil, was directly inspired by the Building of the Faculty where he studied, but the fact is that this type of school buildings, with similar bases and similar spaces, was typical for almost all school buildings in Central Europe from the end of 19th and the beginning of 20th century.

The building of the Faculty of Engineering represents an architectural-urban value, as an explicit example of academic method in design and one of the most outstanding buildings of the University Complex. At the same time, as the first building built for the purposes of the Faculty of Engineering, it represents the work of cultural historic value.