ArhiArtTour-a walk through the architectural heritage of Belgrade 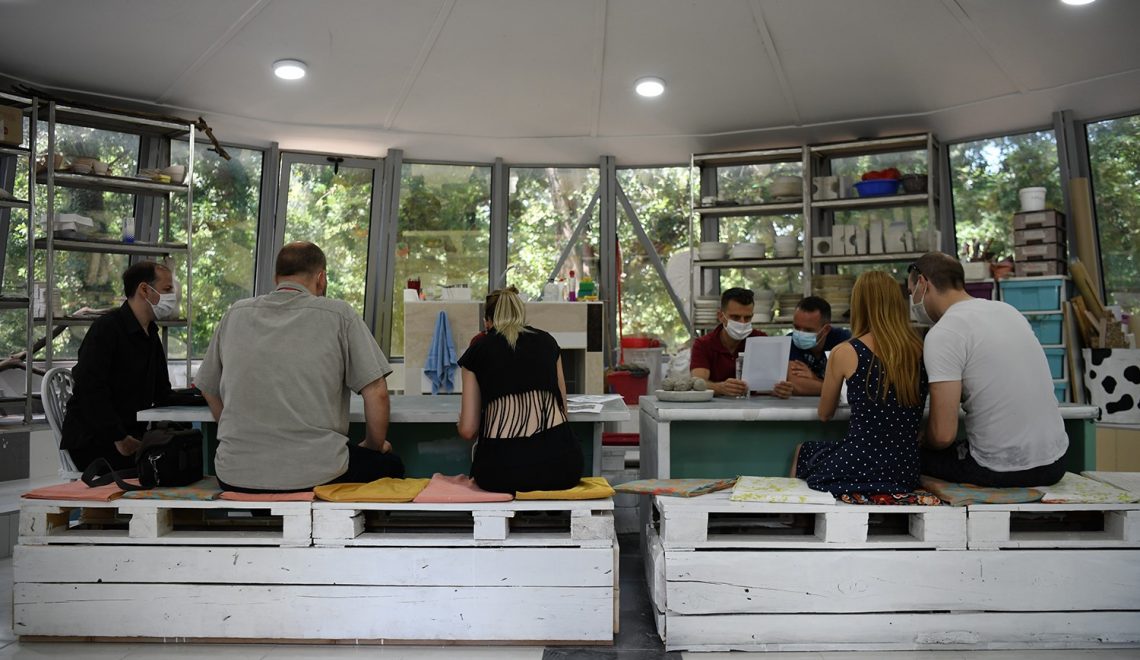 On the 4th and 5th of July together with Goran Andjelkovic Ph.D., we have organized a two-day walking tour through important architectural sites of art-making in Belgrade.

On the 4th of July, participants of ArhiArtTour had an opportunity to get insights into the history, architecture, and purpose of the House of Belgrade Artists at 14 Pariska Street (1956-1960), which is the first multi-family housing community of artists in post-war Belgrade, purposely designed and built according to the designs of the architect Miroslav Mirko Jovanović (1924-2003).

Similarly, on the 5th of July participants had an opportunity to get a glimpse of adaptation of space pavilion to an art studio.

The former Space Pavilion (1977-1979), designed and built according to the designs of architects Aleksandar Đokić (1936-2002) and Slobodan Ilić (1931-2000), was an integral part of the first amusement park in Belgrade at the peak of Ada Ciganlija lake. Of the entire complex, only two pavilions have been realized – the Space Pavilion and the National History Pavilion – which still exist today. However, the concept of an amusement park was not sustainable in the Yugoslav social milieu and soon became an abandoned space. A couple of years ago, the Space Pavilion underwent its adaptation and became the Đir art studio, run by the young and prospective artist Milica Petrović (1994).

We hope to offer ArchiArtTour once again when the COVID-19 pandemic ends. Both locals and foreigners are welcome!

We would like to say thanks to Goran Andjelkovic Ph.D. in architecture who is a creator and a guide of this tour. We would also like to mention that he runs a FB and Instagram page SERBIAN ARCHITECTS.

As well we would like to say thanks to the artist and our host Milica Petrovic who is an owner of ĐIR art studio and to our photographer Dejan Miladinov. 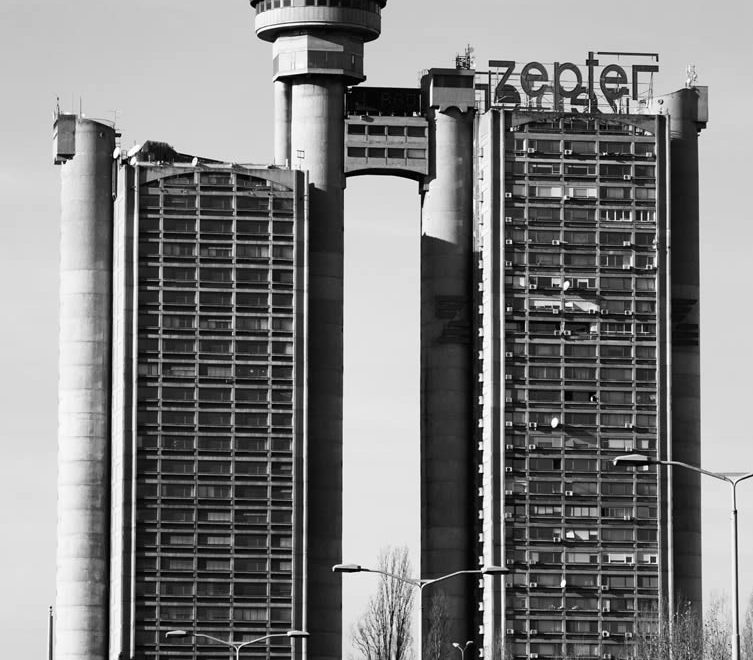