Art Exhibition: Feminine Side at DOB 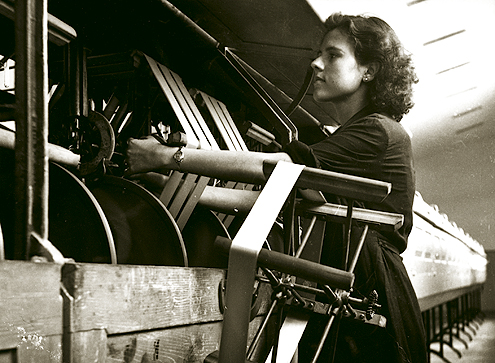 Museum of Contemporary Art , the Museum of Yugoslav History and Belgrade Youth Center present exhibition “Feminine side” at Dom Omladine in Belgrade.

The exhibition “Feminine side” is a partnership project of the Museum of Yugoslav History and the Museum of Contemporary Art in Belgrade . Curators are Ana Panić ( Mij ) , Marija Đorgović ( Mij ) and Una Popović (MSU ) .

The exhibition is originally organized  in 201o, and the whole opus was presented at the Museum of Yugoslav history. After the first great success of the Belgrade exhibition ”Feminine side”  has performed in several cities in Serbia. The exhibition is organized to mark the first feminist conference in 1978. and its goal is to remind of the importance of this conference and the development of the feminist movement in the former Yugoslavia , as well as civil society in general. Exhibition ” Ženska strana” examines the position and the role of the ” new woman ” in a socialist society. Data and research on the life, work, organization of women in the time of World War II until the end of the fifties of the 20th century, examine how women’s social participation as a form of so-called emancipation (political, economic , educational ) in the socialist society.

Through official documents , photographs, art works , interviews, TV shows , movies , original everyday items from that time , in particular women’s magazines, reconstructs the various aspects of  the “sacred feminine .” Issues of gender , legal – economic equalization , marriage, family, fashion of the time, recognized as a key around which the lives and identities of women are formed and identified .

The ideology of socialism offered a variety of options as the order sought to eliminate the concept of the ruling class and the general principle of equality to remove material, legal and formal subordination of women . It was believed that women should participate equally in the work , that her role is not only taking care of the household and children, it’s not static but socially active role that seem accessible and functional in all spheres of life ( in the field of labor policy, education ) .

Curators of the exhibition decided to investigate these issues and present the form of ” a day in the life of a working women”. This is a  model of “everyday life chronologically” , but non-linear core biopsy of the role of women in this period. Segments of the exhibition will be divided into those parts or moments faced by women every day : family , household, business, leisure time , lifestyle , etc.