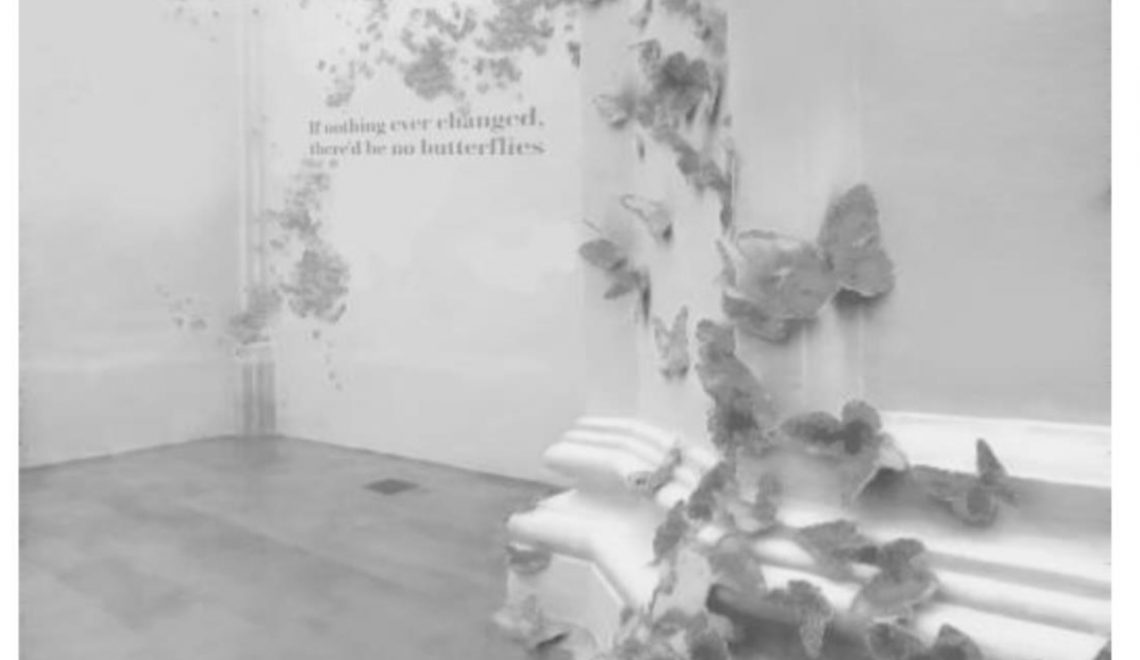 The joint art exhibition named Personal/Political of two young local conceptual artists Jelena Kostica and Dejan Radisavljevic will take place at UK Parobrod on Thursday, 17th of Novemeber at 7 PM.  The exhibition is organized by Still in Belgrade magazine in co-production with UK Parobrod. 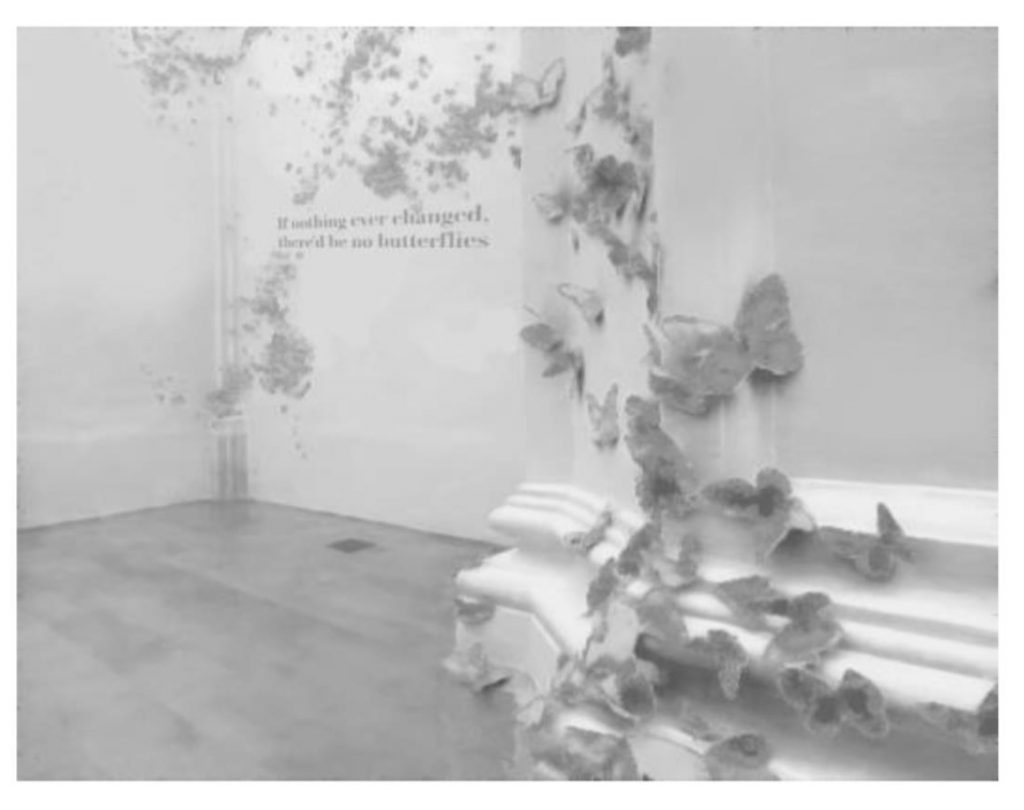 The exhibition is part of the event “The November Salon” which will be held in the UK Parobrod and will last until the end of the month. The artists will for the first time be presenting their works to the audience, “If nothing ever changed, there’d be no butterflies” (Jelena Kostica) and “Zastava” (Dejan Radisavljevic).

This work “If nothing ever changed, there’d be no butterflies” analyses the conditions of the picture to appear in the context of contemporary visual culture in which pictures, images and ideas are functioning normally. By studying the character and processes of communication, this work generates different meanings from personal to political. The space becomes time, and the language (speech) becomes an image. The lesson we learn from the life of a butterfly is the process of leaving / dispensing with the  old behavior and the transition to the next phase of existence. We move through different stages, each equally vital. The butterfly symbolizes change, creativity, freedom. Its strength is the transformation and evolution. It represents the element of air, quickly changing and always in motion. It represents the ability to grow and change, leaving its cocoon to uncover a new world in a new form. 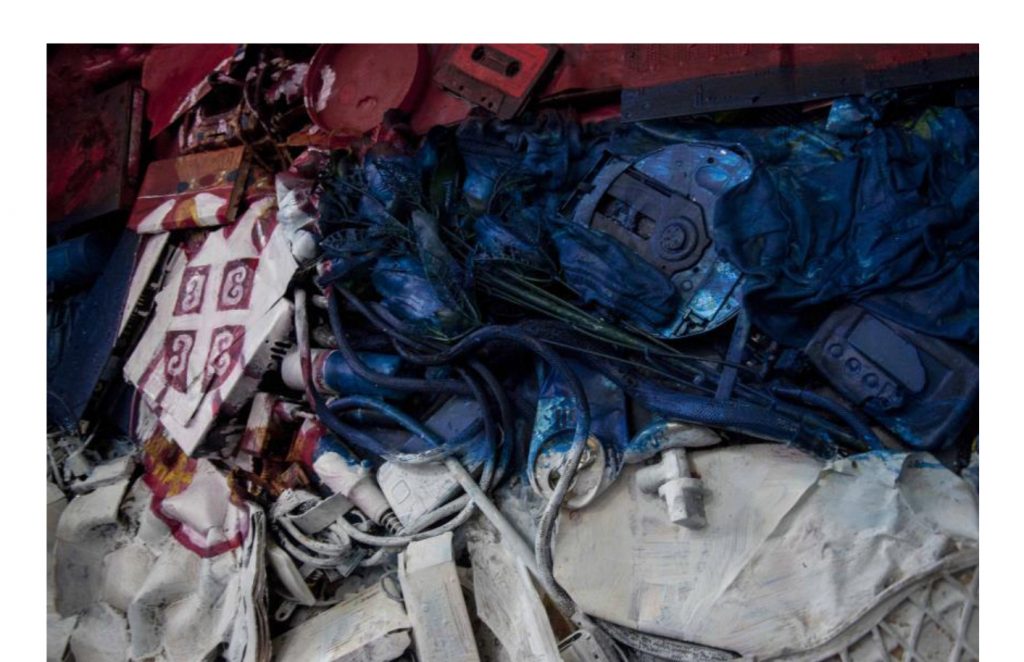 The artwork “Zastava” (eng. the flag) emerges as a kind of portrayal of the times in which we live. The work poses a question, but regrettably does not provides an answer, because the answer is yet to be found by the beholder. This question is really a matter of national identity which without culture and  its traditions is being marred with each and every political and/or social unrest. This question needs answering. Through interdependence of political and cultural milieu of the nation, culture is subjected to an ordeal and is being oppressed even though it is one of the last strongholds of truth. Thus, the culture becomes a perfect reflection featuring in the photographs accompanying the aforesaid policy. The technique of the work seem to be flirting with traditionalism, thus replacing conventional materials used. Instead of a wooden frame, there lies  a metal surface finish, and instead of canvas there lie a number of collated, well  selected and pressed articles. This gesture  seem to have embraced traditional values adapting them  to modern times. The same goes for the aesthetics, because it would be only too puerlie to emulate the Venuses of the ancient times and what is more would deny the need for intensity of expression that must be instilled into the material. Somewhat hollow beauty of the plastic and overwhelming lies  is what you find when you scratch beneath the sleek surface of the mass culture. Yet, the objects used here  seem to have a halo of rejection, abandonment  or their re-use, they come to life, giving them new life and new purpose altogether. That culture is metaphorically used as a driving force for a revival of its kind. Eventually, the art lover is left with  the question that I will endeavour to provide an answer to and formulate a stance of my own at that. Can one see themselves in front of a pile  of garbage, which seem to be envisaging our  future, or can one see the  untapped potential in the  energy of material?