Andreja Kulunčić, one of the most prominent Croatian artists active on the international scene, developed her own specific research work methodology in the domain of visual arts by focusing on the neuralgic points of different societies and their pressing issues. Her works involve the processes of collaboration and creative interdisciplinary networking of professionals from different fields of expertise (sociologists, philosophers, scientists, designers, and marketing developers). The works often demand active participation from audience which is invited to “finish the work”.

The chosen art tactics also appropriates the methods of advertising and the introduction of the work into the media space (billboards and city-light posters, newspaper ads, radio clips), thereby producing a sort of social laboratory. The artist thus operates at once within and outside the art world, using gallery space and institutional art framework only as a possible field for an active reflection on social relations and practices. 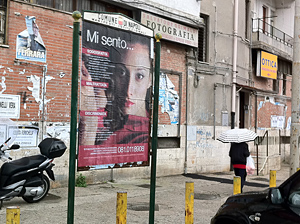 In the central project of the exhibition women.index, which after Split and Naples was also produced for the Belgrade context, the artist employs viral strategies by using popular patterns of any media campaign, such as posters in the urban setting (city-lights), anonymous telephone interviews, etc., so as to address a specific target group, and see women’s reactions to the inquiry. She uses this method with the intention to analyse the motivation of women to define and raise awareness about their individual role in the familiar and broader, social context. The need to tackle the issues of gender equality, violence in the family, and the role of women in the society, is also of great importance in the Serbian context where many stereotypes regarding these issues are still prevalent in the public sphere. Women’s hesitation to speak out publicly about their position at work, home, or in the public, is identified, among others, as one of the potential problems.

The idea of the project is to “leave the gallery space behind” in order to communicate with a broader audience. It is a feature specific to Andreja Kulunčić’s art strategy, and it helps bring about a new perception of the role of an artist who is emphasising important social issues. 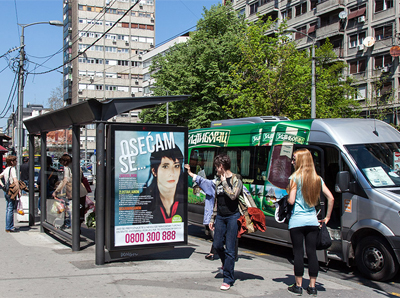 Beside the work women.index, in the MoCAB Gallery on display will be the works 1CHF=1Voice, Within, and Austrians Only, in which, in various ways, the artist addresses the issue of social segregation and marginal groups which are, for the most part, gender determined, such as illegal immigrants in Switzerland, patients in a psychiatric hospital in Zagreb, or the discriminated wage labourers in Austria.

The action 1CHF=1Voice was a political intervention within the Swiss society. The aim of the project was providing the illegal immigrants with a symbolic voice. The Sans-Papiers were invited to donate ONE FRANK for the renovation of the Swiss Parliament, which was under reconstruction at that time. If it accepted the symbolic gift from illegal immigrants the Swiss parliament would be forced into recognition of their existence in the Swiss society, and if it declined, which was what eventually happened, it would demonstrate its stand towards socially disadvantaged and marginalised parts of the general population.

The video installation Within is realized in Vrapče psychiatric hospital in Zagreb in collaboration with individuals diagnosed with a major depressive disorder, and the psychotherapist prof. Dubravka Stijačić, as well as experts with opposing views on the causes of women depression. During a six month period the artist was attending the group therapy for patients with severe depression disorder in a psychiatric hospital. She investigated the problem of a mental disorder from a gender-based perspective since the statistical data show that the women with depressive disorder are twice as many as compared to men. The visitors are invited to join the therapy where the patients talk about the causes, symptoms and impact of their depressive disorder, as well as their perception of the position and the role of marriage.

The project Austrians Only raises the questions about the discrimination of foreign workers in Austria. Professionally designed advertisements in the form of posters, direct-mail leaflets, and newspaper ads, offer poorly paid and degrading jobs exclusively to Austrians.

The project is supported by: ERSTE Stiftung, Ministry of Culture of the Republic of Croatia, Alma Quattro, Telekom Srbija, DPC, multiVISON, and Orange Studio
Media partner: B92
………………………