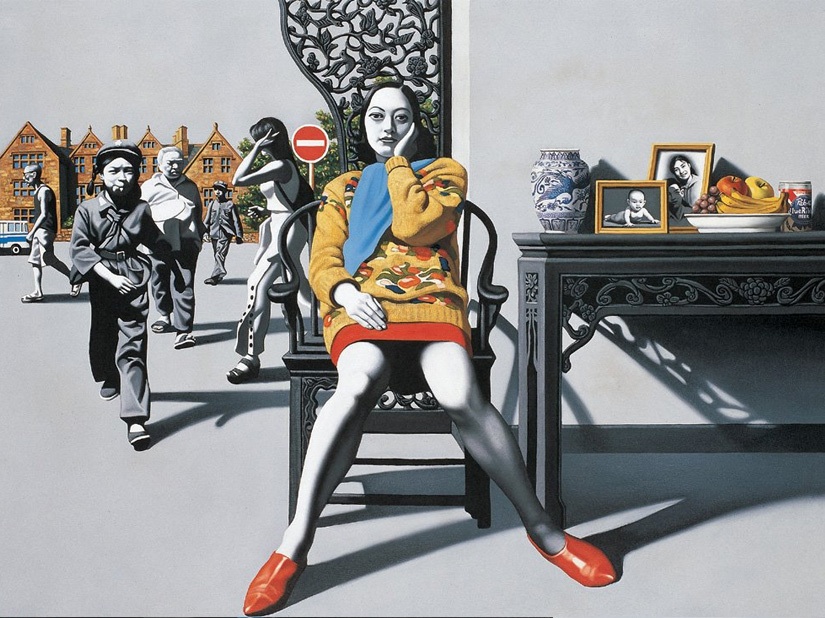 The largest exhibition of Chinese contemporary art in Eastern Europe

Museum of Yugoslav History in collaboration with the Ministry of Culture of the People’s Republic of China, and supported by the Ministry of Culture and Information of the Republic of Serbia , will host the exhibition “New Perspectives in Chinese contemporary art”, which will after Sofia, Bucharest and Prague happen in Belgrade . The largest exhibition of Chinese contemporary art in Eastern Europe, visitors will have the chance to see from the 15th of October till the 15th of November.

The exhibition will feature more than sixty works by forty representatives of  the three generations of Chinese artists whose works cover a wide range of artistic expressions, from oil paintings , sculpture, photographs , video installations to design.

During the period 1949-1976 the dominant artistic direction was the socialist- realism. After this period, was followed by reforms adopted by the rapid modernization and opening of China to the world. Chinese artists are beginning to apply the new artistic approaches and to experiment with modern artistic expressions. New concepts , ideas, techniques and materials become an integral part of contemporary art practice . Tendencies that are prevalent in the arts of the last decade are political pop and cynical realism art that reflect the artistic reflection of the modern world .

Today, the Chinese contemporary art is an important part of modern Chinese culture and a unique force in the world of art. About the global expansion of Chinese art in recent decades proves this data:  in the nineties of the last century in Beijing there were just 5 modern art galleries and today there are several hundred. The world market of art works of Chinese artists reach the highest prices. Support for arts and culture is a top priority of Chinese government policy .

Exhibition at the Museum of Yugoslav History is one of the first activities in linking cultures and fostering cooperation between Serbia and China, signed the co-operation program in the field of culture and art between the Ministry of Culture of the People’s Republic of China and the Ministry of Culture and Information of the Republic of Serbia for the period 2013-2016 .

The exhibition will be open every day except Monday from 10 am to 18 pm .