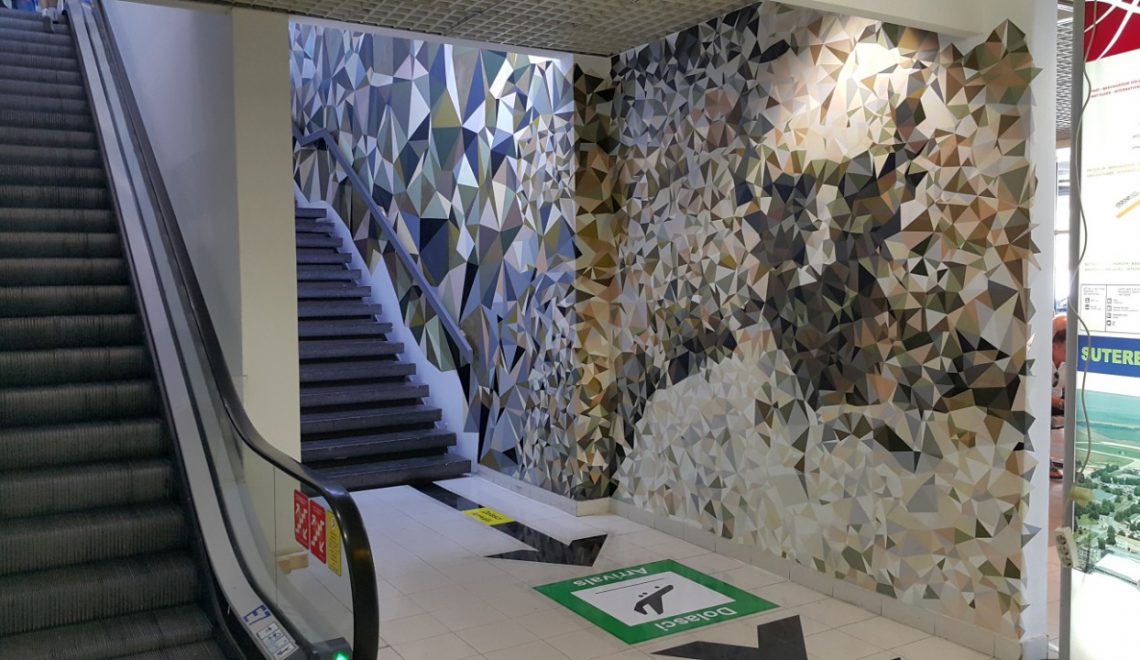 Belgrade Airport Nikola Tesla held an official presentation of the mural ‘Inspired by the image of Nikola Tesla’ symbolically on the birth date of our great scientist, whose name the airport itself carries. The creator of the mural is an architect M Sc. Nina Radosavljević, who won the contest, the Airport reported.

The mural, which was ceremoniously revealed by Raša Ristovojević, Executive Director of the Nikola Tesla Airport, is located in the international arrivals hall of Terminal 2.

The triangulation of Nina Radosavljević, which includes over 16.000 geometry elements that together create the image of Nikola Tesla, was shaped by artist Miodrag Stanišić and his team.

“It’s an honor to be the one whose solution won the contest. It was challenging, inspiring, and yet highly demanding to create something that will bear the name of Nikola Tesla and that will be seen by millions of people. The opportunity young people gain through such competitions is of great importance, it’s a strong motivation for us to keep creating and do even better” – said Nina Radosavljević, the winner of the competition.