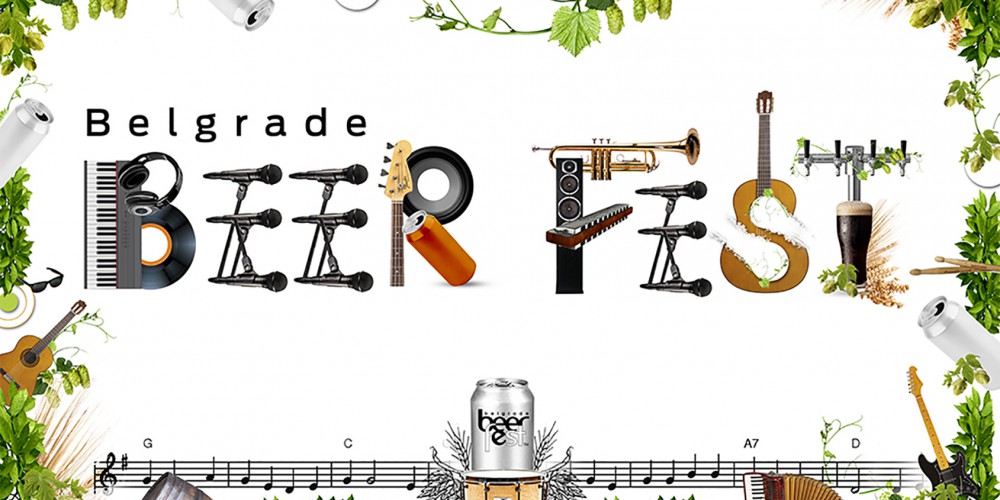 In duration of five days, visitors can attend more than 40 concerts, including the  concert of the one of the most popular bands today, Rudimental, which will perform in this part of Europe for the first time! This will be their only concert in the region, so we expect nothing less than a spectacle from this famous English drum and bass band. A massive regional rap band Elemental will, as well, play in Belgrade Beer Fest for the first time, followed with midnight gig of a controversial Croatian band Let 3 known after their alternative sound!

On Thursday, August 18, Bajaga i Instruktori will once again rock the stage of BBF! Before them, the audience will enjoy the special music set of a legendary singer Zvonko Bogdan, wheres later, starting at 22:45, Kolja and Grobovlasnici will bring their own music to the stage. Led by the actor, writer and director Nikola Pejaković Kolja, the band will perform at BBF for the first time! The 2nd night will be closed with gigs of a rock legend, YU Grupa and reggae band ZAA, which in a short period of time became one of a kind concert attraction.

One of the most famous Balkan bands on the world music scene, Mostar Sevdah Reunion, will have their BBF debut on the 3rd festival night! This night will mark the gig of one of the most popular regional bands, Dubioza Kolektiv, while music program also features concerts of hip hop – rock band Sunshine, mega popular Montenegrin hip-hop duo Who See, “Serbian Irishmen” Orthodox Celts and reggae band Irie FM.

Concert program also includes gigs by bands Counterfate and Elektro Kvartet, performance of Serbian acapella choir Viva Vox, Danilo Petrović Trio, Bane Lalić & MVP and many others. Abundant music program is enriched even more so with the excellent offer of a selection of beers – more than 100 beer types and brands, including some very exclusive ones!

For the first time this year, festival visitors can enjoy concerts from the designated Crown VIP Stand. The number of seats is limited and the ticket, costing 3600 dinars per night, includes five complimentary beers of the choice and a souvenir. Tickets are available at all Eventim ticket outlets!