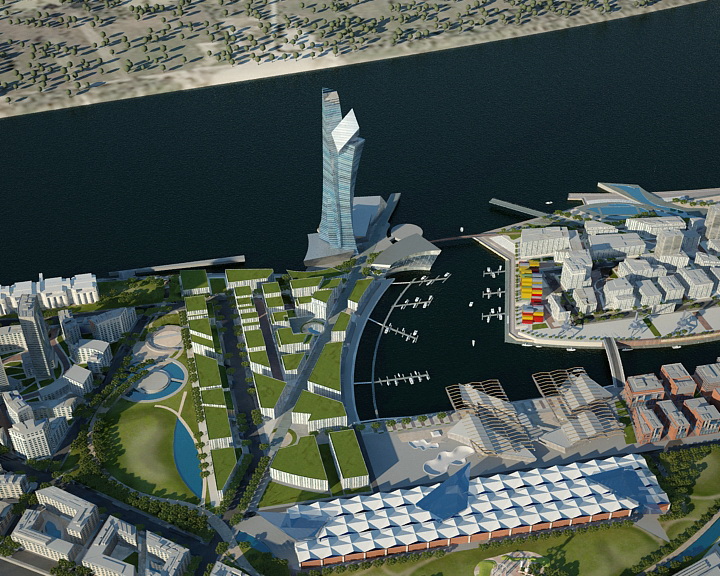 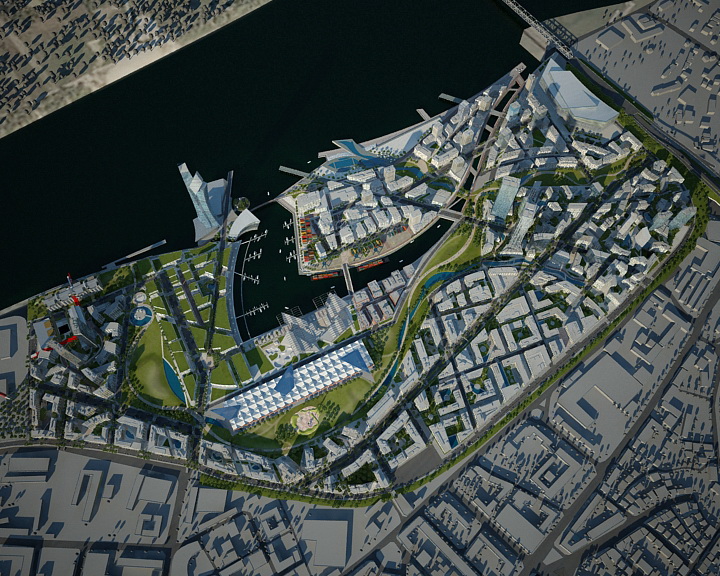 In the past few decades, the biggest world cities have gradually discovered the potential of their waterfronts, transforming old and dysfunctional industrial zones into quality locations with mixed uses, combining residential, commercial, cultural and sport character. Those were architectural and town planning projects which had a key role in development strategies of such cities, establishing their competitiveness in the global hierarchy and competition over investments and visitors.

Belgrade is certainly among the last few European capitals which haven’t used nor integrated great potential of its waterfront into the existing city core. Current state shows inadequate and degraded facilities, along with devastated industrial zones. The potentials of big, neglected areas remain unused without attractive points and final destinations. In cooperation with today’s leading architects, Luka Beograd company took a highly important first step in the activation of Belgrade waterfront, by developing the project “City On Water”, which would spread over 96 ha from heating plant “Dunav” in Dorćol to Pančevo Bridge. One of today’s most celebrated architects Daniel Libeskind and a renowned consulting firm for public spaces Gehl Architects, were hired in order to develop, in cooperation with Luka Beograd, the vision of new urban complex and thus revitalize the industrial area in close proximity of the city centre.

The initial vision was to activate great potential of the riverbank and to build a modern urban centre as an integral part of the city which will improve the appearance and importance of the location and the entire Belgrade.Based on the analysis of public life, the use of public space and urban matrix of Belgrade, consulting firm Gehl Architects formulated strategies and guidelines for the development of this area as framework of a detailed planning documentation and Master Plan. The basic idea of this consulting firm is that the use of public space is the essential moment for adequate life in an urban environment.

Established strategies and guidelines form a framework for the range of urban qualities of public spaces defined from the perspective of a man and his everyday activities. They should provide quality area along the riverbank, dynamic public life, social interaction and variety and diversity within new urban context which would become an integral part of the city.

Starting from the strategies and guidelines from Gehl Architects, Daniel Libeskind Studio began to realize the Master Plan which makes the structural basis of the entire complex, both its existing and potential assets.

Master plan is a sophisticated model which determines the instructions for public space planning, the way in which the streets, squares and open neighbourhoods are connected. It defines the height and dimensions of buildings, determines proposed links between buildings and open spaces and identifies pedestrian, cycling, vehicle and public transport network. 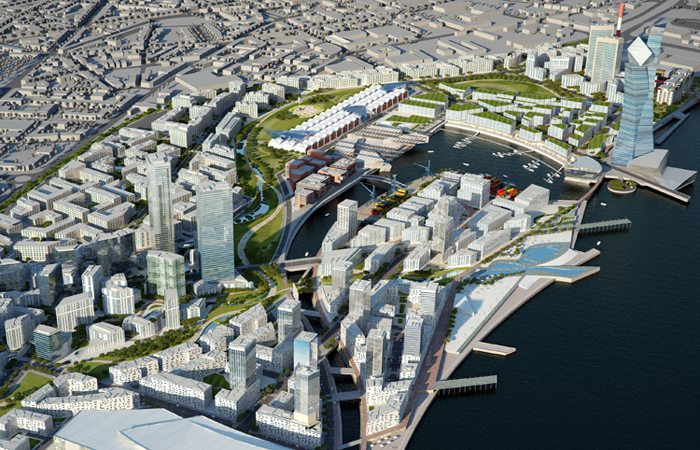 Master plan also defines the grounds for determining the most important infrastructure elements as well as functional needs and limits which stem from the location itself, thus linking physical form to social, economic and cultural environment.

Daniel Libeskind studio elaborated established criteria for the realization of urban qualities in order to activate great potential of the waterfront and transform its excellent location into Belgrade attraction and also to connect new urban development with its size and structure to the existing urban matrix, identity and dynamics of the old city core.

Integrated into the common vision, as a result of cooperation between two specific approaches of Gehl Architects and Daniel Libeskind Studio, the following elements represent a strategic basis for the development of the new urban centre:

The activation of the great potential of the riverbank as an integral part of the city and the construction of attractive public space which will improve the appearance and significance not only of the location, but of the entire Belgrade

The centre of development, this continuous green area along the entire location is conceived as a new public park, located close to downtown Belgrade

The integration of funcions and facilities in an urban space creates conditions for the overlap of various activities, dynamic atmosphere and openness for different user groups throughout the year

Each district is special depending on its purpose, character and particular identity and has been designed in line with the mixed-use principle.

The affirmation of architectural accomplishments which would improve Belgrade’s appearance and significance, bioclimatic and energetically sustainable architecture and integration, the reuse and transformation of Luka Beograd’s historical sites

The distribution of districts in the Master Plan leaves the possibility that they be developed gradually, in phases

Urban matrix of the complex has been planned to extend to the rest of the city, so that the existing streets would expand into new roads