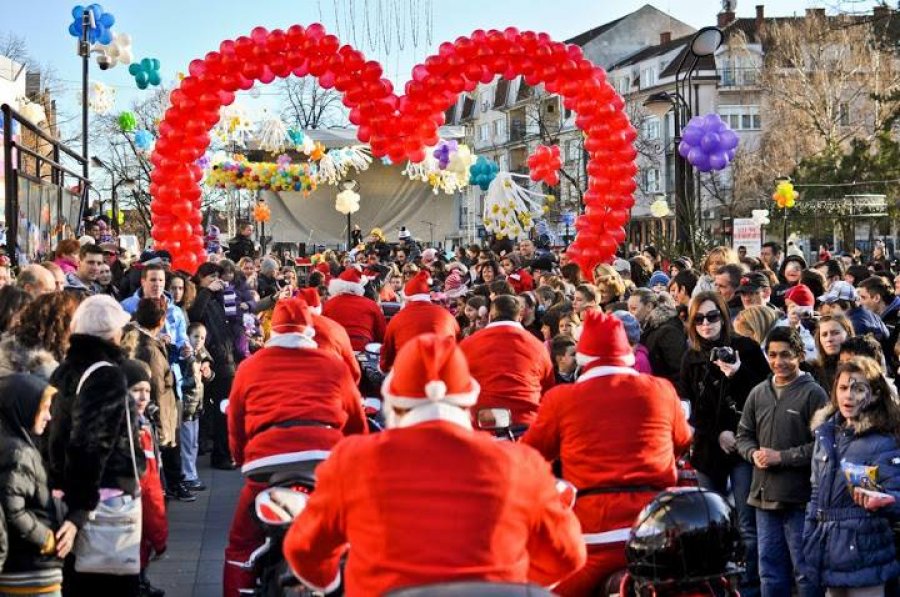 As winter really kicks in, Belgrade warms up for New Year’s 2018 with a full program of activities for the young and not-so-young through December and beyond.

The city of Belgrade has so many activities as part of its “Belgrade Winter” program, the party doesn’t have to end when New Year’s Eve has come and gone. Starting December 1 and running until January 31 Belgrade city authorities promise a winter program “as never before”.

Republic Square transforms into “Open Heart Square” at 6pm, December 2, as the Belgrade Christmas Market officially opens. The square will be decked out with small wooden houses presenting various local crafts as just one part of the market open until the end of January next year.

Open Heart Square will put on a range of winter activities including concerts and a small children’s carnival with merry-go-rounds, as well as stalls selling souvenirs, New Year’s decorations, toys and much more. The Christmas fairground will be a great place to get a drink, with various food and sweets also on offer.

“Trg Bajki”, the Fairy Tale Square, will take place in front of the Vuk Stefanovic Karadzic cultural centre and theatre, next to the Zvezdara Municipality. From December 1 until January 1, 2018, various plays and stories of old will be performed, including Serbian fairy tales and others by the Grim Brothers. The fair will include stalls selling old Serbian handicrafts, as well as a small puppet theatre.

A new addition to the Belgrade Winter program, the Christmas village will be installed next to the Sava Cathedral. Opening December 4, you’ll have until January 28 to go.

The Children’s Philharmonic traditionally organises the New Year´s gala concert, Winter Music Magic, every year in December, and this year is no exception. On Sunday, December 17 at 7pm, the 10th Jubilee concert, ”The Ten Magnificent”, comes to the Sava Centar, one of the biggest halls of its kind in Europe.

Intended for fans of classical music of all generations, the concert will present the Children’s Philharmonic’s hits. Next to the most popular classics like Strauss, Offenbach, Beethoven and Bach, there will also be music from the scores of Star Wars, Frozen, Indiana Jones, Pirates of the Caribbean, Marry Poppins, as well as domestic pop hits and traditional songs, all conducted by Ljubisa Jovanovic. This year’s “spell” will be cast by opera singer Katarina Jovanovic, which the organisers promise to be ”a true musical treat”.

Every year the Children’s Philharmonic presents new soloists, young musicians and winners of numerous Serbian and international awards; and this year you will have the opportunity to see the first generation of soloists now studying at prestigious academies all over the world. 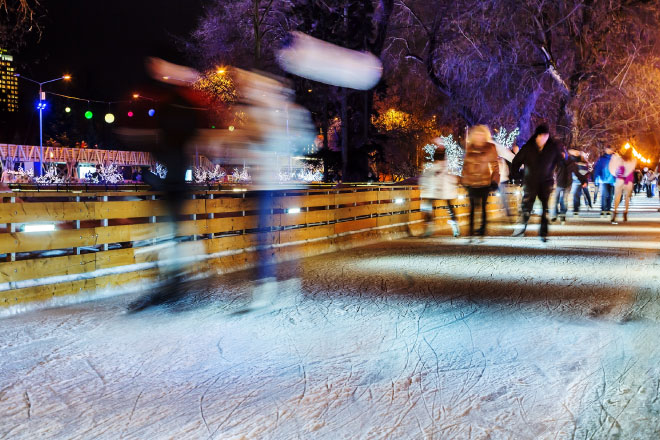 The city of Belgrade has a lot to offer both indoor and outdoor skating enthusiasts. The newcomer this year is the rink at Ada Ciganlija, located right next to “Stone Henge”, which, after 5 years of being closed, is once again open for eager ice-skaters.

Construction of the 800-square metre ice rink on Ada Ciganlija started in mid-November and Belgrade residents will be able to enter for free from Saturday, December 16.  It will be open every day from 10am to midnight until mid-February.

A special program for children is being planned at Ada this winter, including free skating schools, ice hockey and children’s shows.

Next to the Ada Ciganlija rink, authorities have also announced that skaters can return to Nikola Pasic Square, with the rink being installed mid-December, as in previous years. Mayor Mali also announced on November 28 that other outdoor ice-skating rinks will be set up near the Museum of Contemporary Art at Usce and in Tasmajdan Park.

If you are more of an indoor skater, you can go to the “Pionir” ice hall, next to the Hala Pionir park at Carlija Caplina street.

A classic children’s Christmas train ride will leave the main station in Belgrade on Saturday December 16 at noon. The trip offers a tour to Zemun and back, and a special on-board visit by Santa Claus himself, with gifts for the youngest. The organisers will also announce various activities for children on the train.

Train company Srbija Voz says the ride to Zemun and back will last about an hour and ten minutes.

The price of the ticket, which includes Santa’s gifts, is 800 dinars [about 7 euros], while those accompanying the kids will only have to pay 199 dinars [about 1,5 euros].

The 2018 New Year’s celebration is scheduled to go for a full 7 days. Starting December 25, free concerts will be held at the Republic Square for 3 days. There will be something for everyone, including various hip-hop bands, DJs and pop acts.

On December 29, the party moves to the Sava river promenade, where bands Ortodoks Kelts and Nicim Izazvan will perform.

On December 30, Zana, Van Gog and Zeljko Samardzic will be playing in front of the Serbian Parliament building, but for the main celebration on December 31, Turbo-folk star Aca Lukas, as well as rock bands Riblja Corba and Balkanika will be the headliners.

If you are more into classical music, the Belgrade Philharmonic Orchestra will perform their New Year’s concert, Super Nova, on December 28 and 29 at 8pm in Kolarac. 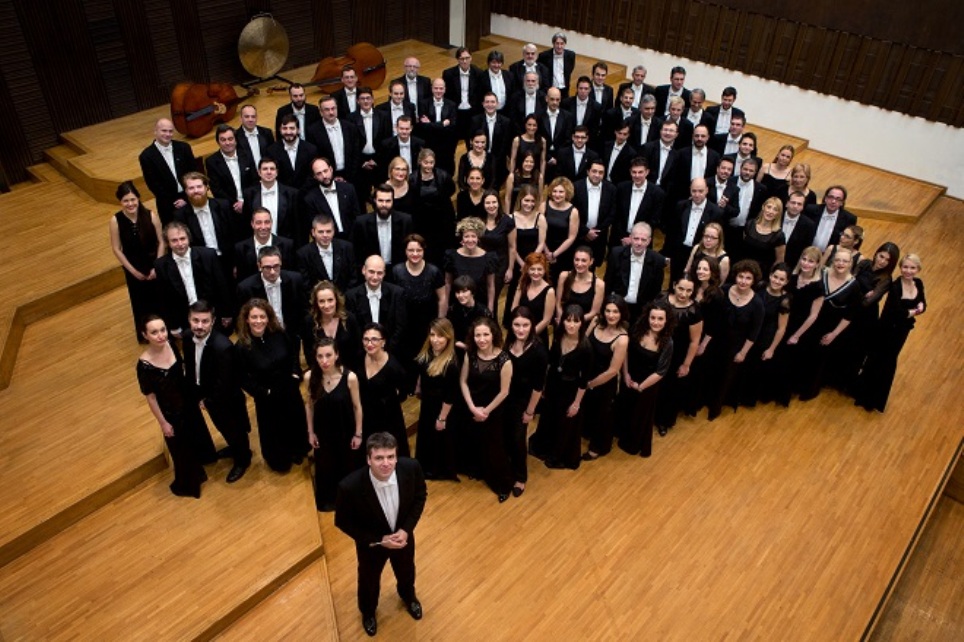 This year’s theme is Hollywood super heroes from blockbusters like Superman, Batman, Spiderman. The concerts will be conducted by conductor and show man, Alan Bjelinski.

Ticket are already on sale at the venue but they are also available online, with prices ranging from 600 to 1000 dinars [from 5-9 euros].

This article was published in BIRN’s bi-weekly newspaper Belgrade Insight. Here is where to find a copy. 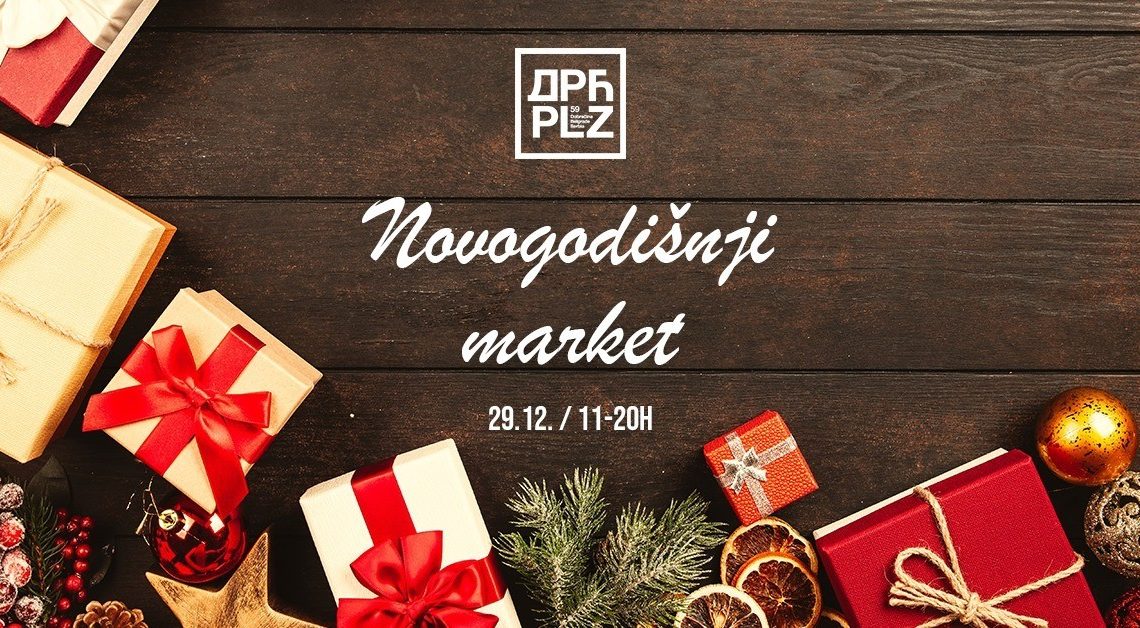