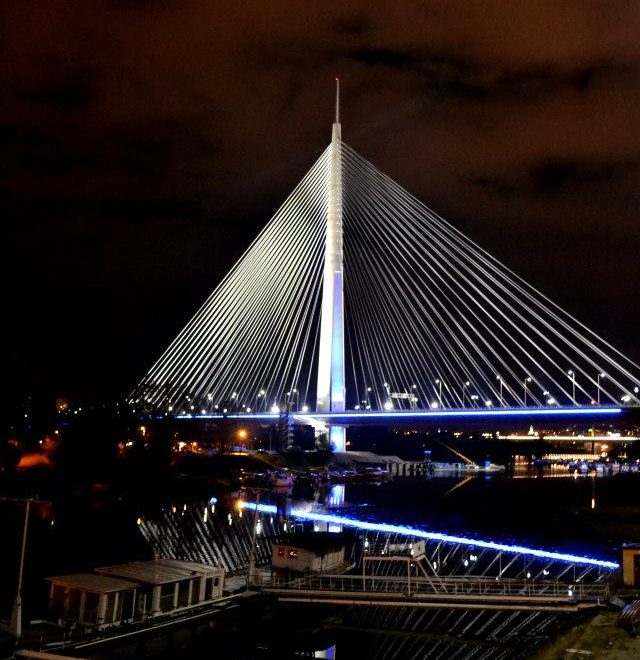 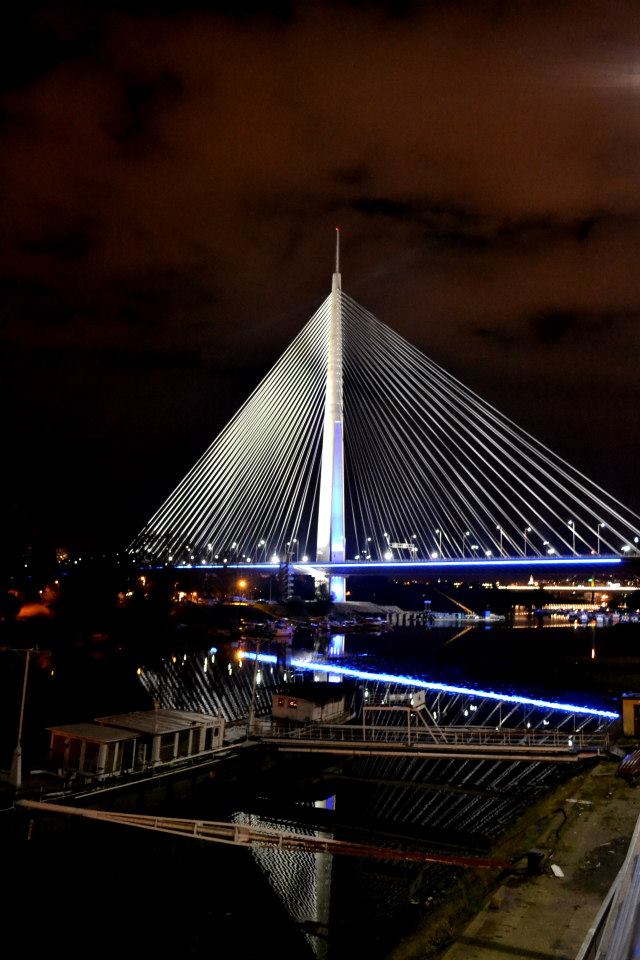 The Ada bridge (Most na Adi)  is a cable-stayed bridge over the Sava river in Belgrade, Serbia. The bridge crosses the tip of Ada Ciganlija island, connecting the municipalities of Čukarica and New Belgrade. The bridge pylon is located on the tip of the island, which has been reinforced with large amounts of concrete and has been slightly enlarged to provide stronger foundations. Construction officially began in 2008, and the bridge opened on 1 January 2012. 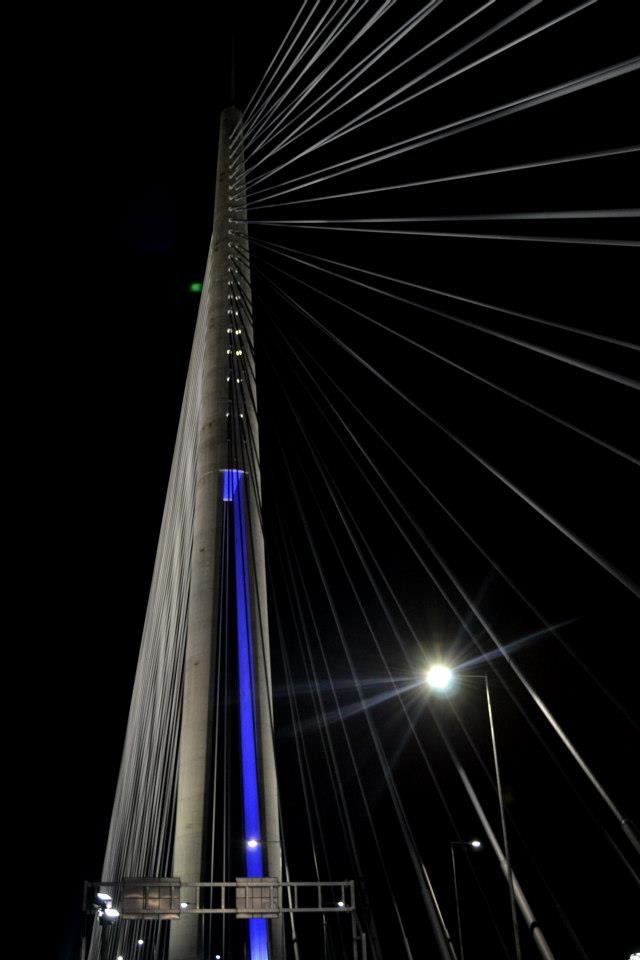 The competition for the preliminary design of the bridge was held in 2004. Twelve companies submitted bids, with the winning design by the Slovenian company Ponting. The bridge designers were the architects Viktor Markelj and Peter Gabrijelčič. The winning conceptual design was unanimously selected by the jury which was chaired by Nikola Hajdin, President of the Serbian Academy of Sciences and Arts and the architect of the New Railroad Bridge. The Belgrade Association of Architects also endorsed the project, assessing it as contemporary and relevant to the future skyline of Belgrade. 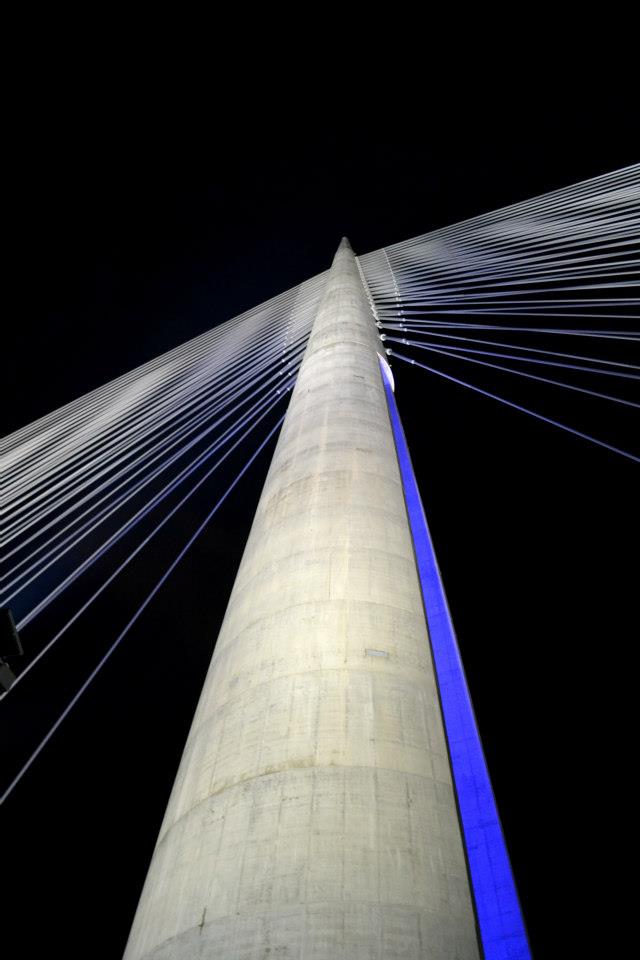 The bridge is a cable-stayed design with a single pylon. The foundation for the pylon is a circular diaphragm wall with 113 bored piles. The main span is constructed from 8,600 tons of bridge construction steel, supported by 80 stay cables, and is counterbalanced by a post-tensioned, reinforced concrete back span of 200m. The approach towards New Belgrade is constructed as a 388m post-tensioned, reinforced concrete side span as continuous beam box girder with a similar arrangement of deck as the back span. Component parts of the deck were manufactured in China and delivered in transportable units on a sea and river-route via Rotterdam through the Rhine–Main–Danube Canal to the pre-assembly yard next to the construction site at Mala Ciganlija in Belgrade. The stay cables used to support the bridge deck have a maximum length of approximately 373 m, and in total 1280 tons of high grade steel is used for the 80 cables with up to 91 strands.

Ada bridge was broadcasted in the fifth season of the Discovery Channel documentary Build It Bigger.