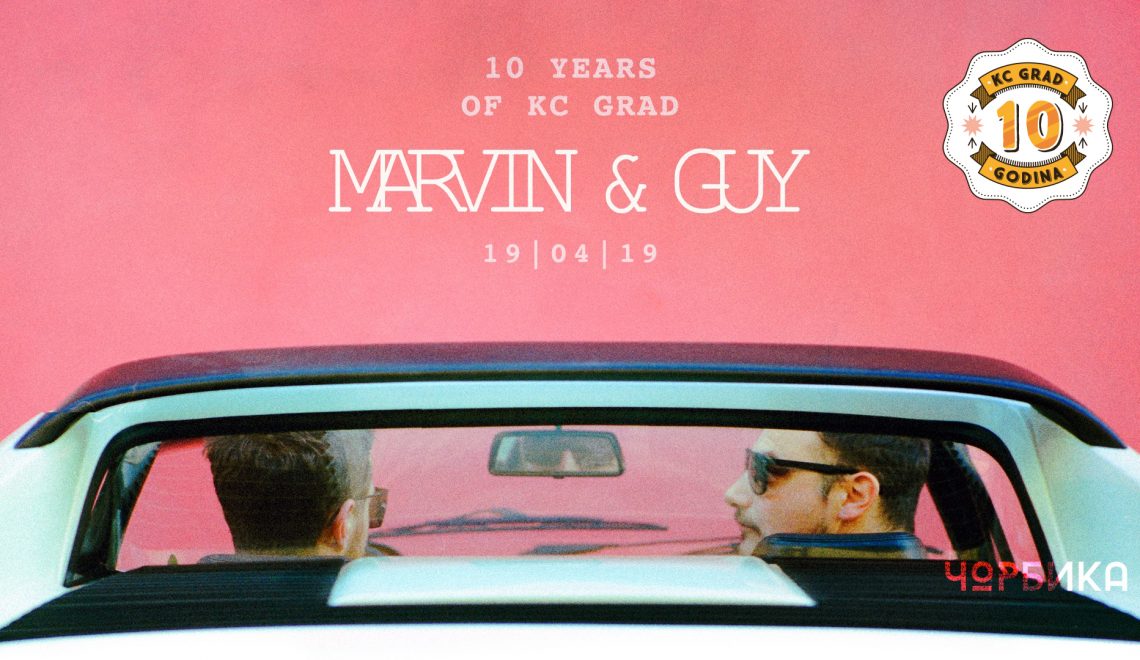 The Marvin & Guy project was born under the shadow of a palm tree while a flamingo listened to tropical music, way back in 2011. The duo’s first release was an EP with the Japanese label Let’s Get Lost, the naughty child in the expansive Mule Musiq label family.

The A Side, a re-edit of the 1981 disco song Town by Minako Yoshida, saw such success that LGL invited the boys back for two more records the following year, numbers 19 and 22. The honchos at Mule quickly knew they were on to something special and welcomed Marvin and Guy back yet again to remix Eddie C’s La Palette, a track taken from the slo-mo king’s last LP. This time they were elevated to the Endless Flight label. Waaaay across on the other side of the world the (based) pair began to gain the attention of decadent New Yorkers, adding a fifth release to their growing discography, with Jacques Renault’s On The Prowl Records.

In 2013 they took things in house and commenced a mission to create their own super exclusive eponymous 12 inch label. UWIH came first, a dark, hypnotic Black Sabbath edit, resonating with DJs, fans and critics alike. Soon after came the equally well loved Making Love EP.
Trip forward to February 2015 and Dance Abilities on L.A. based label Young Adults was released. This quickly gained support from DJs who like their dance music served raw, emotive and song-like, think heavyweight division fighters like Pachanga Boys, Ivan Smagghe, Roman Flügel, DJ Tennis and Jennifer Cardini. With this in mind it was only a matter of time before the phone rang and it was John Talabot on the line. Egoísta soon arrived on Hivern Discs and to put it simply was a hit in every kind of club all around the world.

In their spare time the boys have been honing their talents as remixers, with many labels singling them out for their signature swaggering sound. Meanwhile in the DJ booth the Marvin and Guy have been taking their talents global, their ability to spin through from disco to techno setting tongues to talking and hips to shaking. When you ask what kind of music they play the answer will always be “Groovy Techno”. These two K-fighters are totally on duty grinding.