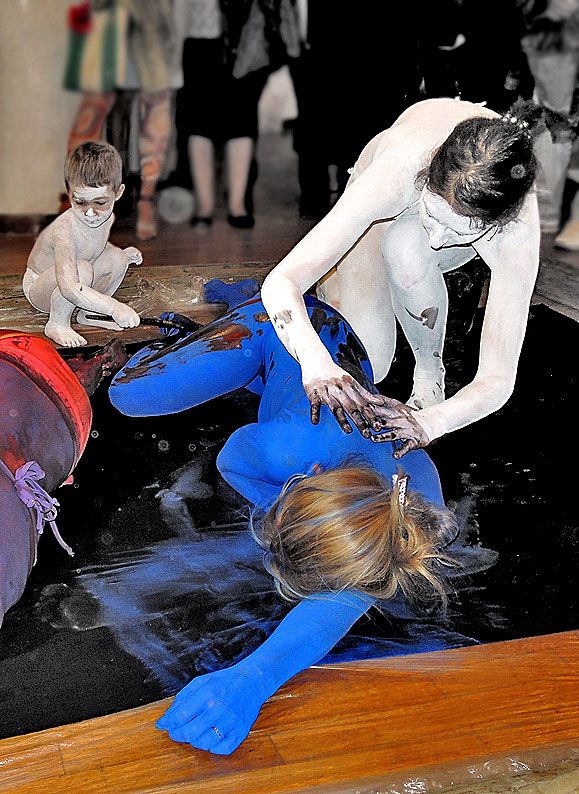 Performance “Awakening”, will be held on Wednesday the 21st of May at Vila “Kralja Petra I“, SenjakFor the opening of the 46th exhibition of the Serbian artists association ULUPUDS, Danjiela Gracner, painter, will organize a performance at 7 pm. Performance “Awakening” is the second part of a diptych formed with the previous performance “the Sleepers “, produced in 2008 for the Gallery Studentski Grad and in 2013 for the Progres Gallery. In response to this first performance, in the “Awakening “, she will use 5 sleepers that I’ll paint together with child to cover them with spring colors. These colors will make them alive , wake them up,get them out of this state of inertia in which they were at the first performance. As in “the Sleepers”, the concept of ” Awakening” is based on a series of paintings in relief on which I worked for several years . The first part “the Sleepers ” illustrated this state of human nature resulting from passivity, lethargy , a feeling of helplessness, depression and disorientation. The “Awakening” is fully in line with the theme of the exhibition Re-start in renewing the Sleepers” to make them flourishing in the spring.