Vulfpeck’s guitarist: „I am so excited to come to Serbia!“ Cory Wong to play in Belgrade! 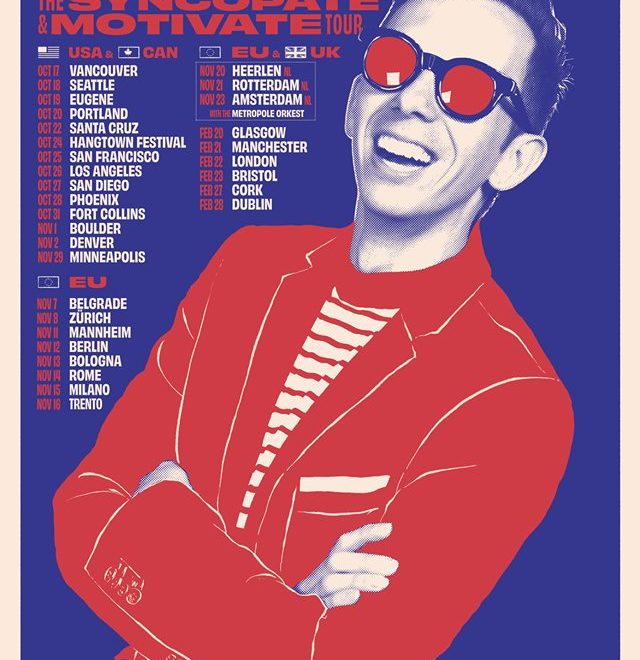 One of the leading names in rhythm guitar playing on the contemporary music scene, Cory Wong, will perform in Belgrade’s Bitefartcafe club as part of the Musicology Barcaffe Sessions concert series on November 7th for the first time with his band. Mainly known by the crowd as the „secret weapon“ of the sensational band Vulfpeck, this rhythm guitarist has a rising success lately as a solo artist performing with his own band as well.

What comes to mind when this artist is mentioned, it’s his crazy improvisational skills and an easy-going spirit that is always present during his performances, as well as the amazing skills of his right-wrist technique when it comes to guitar playing.

When you were a kid you wanted to play bass, but you ended up with a guitar. Did you ever think about where would the road have taken you if you decided to play bass?

I have always loved the bass. I still play it a lot; it’s just that the guitar has taken a lot more of my attention. I do sessions on bass and play live every once in a while on it. People know me as a guitar player, but I would say that bass playing is still an equal thing for me. Maybe some day that will switch back around! haha.

Which musical collaboration are you proud of the most and why?

I think working with Jon Batiste has been a really fun and rewarding collaboration. He’s such a monster musician, but we have a great musical and personal connection. It feels like we’re able to really connect on a deep musical level, and make real art. That’s the biggest reward of it.

What’s the favorite gig/concert you ever did?

I did a tour in Peru years ago. We did a pop up show in a little surf town called San Bartolo. There was a local pizza shop that we set up at and just announced that day that we’d be playing. It turned out to be an amazing night of community and being welcomed in by the locals; and an incredible night of music and improvisation.

How did you start playing with Vulfpeck?

I met some of the guys when they came out to Minneapolis and saw a band I was playing with at the time. Vulfpeck was still just getting started, and we started hanging out when I was in Los Angeles or when they would come through Minneapolis. Eventually we started jamming together and that blossomed into what it is now.

You took science for your major in college. What made you change the route?

Passion. I was good with science, and it was fun…but it wasn’t a real passion. I woke up one day and realized that music really is what I was created to do. So I decided to go full speed into music and haven’t looked back since.

Do you have some advice for young guitarists, that are on the beginning of their carriers?

Have fun! Play the music that lights a fire in you. Don’t just learn something half way. Learn it 100% right. After you’re having a ton of fun, then really get into the technique. Don’t start with technique.

You’re coming to Serbia for the first time ever. What have you heart of Serbia? Are you excited to come? And what can the crowd expect?

I am so excited to come to Serbia. The drummer in my band is from Serbia and he’s told me a lot about it. I’m excited for the food and the culture.

It’s going to be a fun high energy concert. It’s gonna be funky!

Tickets for this concert can be purchased via: www.tickets.rs or www.ddtickets.rs