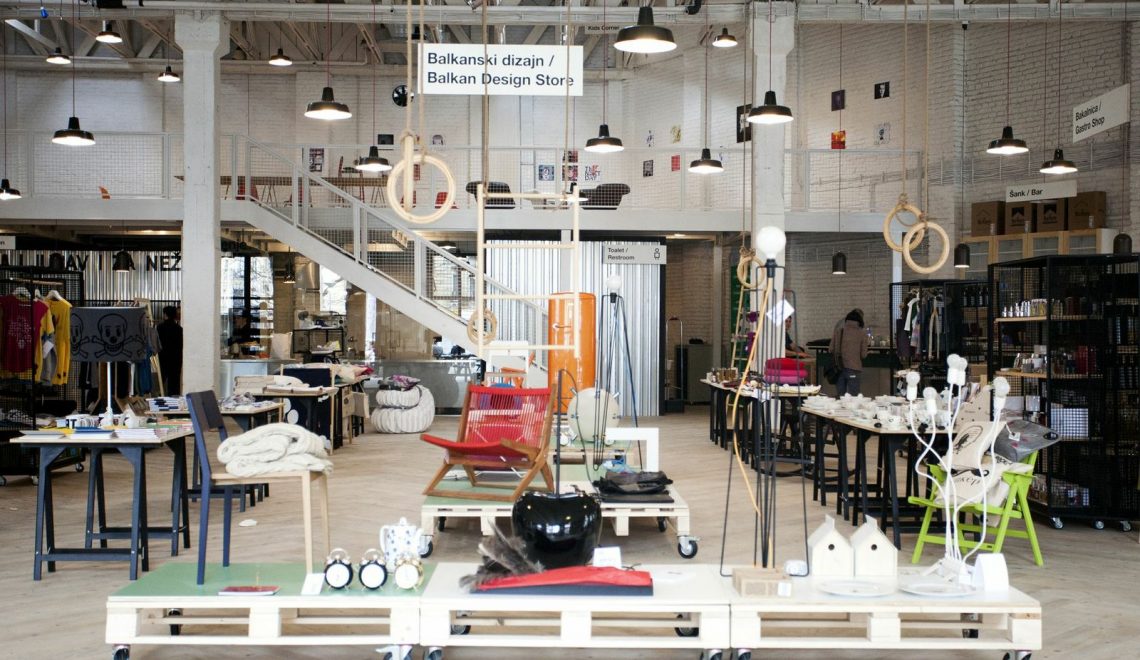 After five years having operated in Savamala the cultural organization “Mikser” is to announce that at the beginning of May the cultural centre “Mikser House” in Karadjordjeva 46 will be closed, initiates his permanent relocation to Lower Docol, but it will also be broadening its activities in the region by opening the Mixer House- in Sarajevo in August 2017.

Mikser House, a unique creative centre of Belgrade, which during the five years of its existence in Savamala has hosted more than a million people, is to be closed down on 1 May 2017 years by the management of the Centre. The reasons for this decision is a very unfavorable contract that cultural organization Mikser has with a private company, the owner of the premises and facilities they are based in. The inability to obtain long-term, stable contracts and the continuous increase in a monthly lease  seems to have rendered the business model Mixer House in Savamala completely unsustainable.

By means of the exchange of experiences with experts and media from around the world Mikser House have been reassured that in global terms, there is an independent cultural institution that has worked, developed and persisted in the cultural market in the fierce financial conditions. Mikser House has never received any grant from the city or the state. We are proud of the fact that we are en route  to  promote a model of social and creative entrepreneurship as a serious substitution model of state financing of culture and creative sector which has proven to be a catalyst for social, economic and urban development of the whole city.

The absence of local, institutional support has not prevented global recognition of the positive impact of the mixture on urban revitalization Savamala, as shown by numerous reports of leading world media, such as CNN which presented the Mikser House as a regional cultural phenomenon, published three reports in the Guardian, which regularly monitors the activities in the Mikser House, having placed it amongst the ten most inspiring spaces in the world. More than a dozen prestigious world universities based their research on regeneration of the once neglected and derelict parts of the city based on the cooperation between Mixer and other creative collectives and the residents of Savamala.

It is time for big changes. Cultural organization Mikser announces its relocation “Mikser Festival 2017” from Savamala at lower Dorcol, to the industrial complex “IMK – IMK” which will be happening from 25 to 28 May 2017, and in this way  to create another gem of post-war industrial heritage of Belgrade to the general public available. The organization Mikser has launched an initiative for the permanent relocation of Mixer House to the premises of IMK and in doing so  are committed to preserving the impressive hall and revitalization of the whole IMK complex as a valuable part of the first industrial zone of Belgrade. In cooperation with a number of creative and artistic collectives, we will be transforming the complex IMK into the centre of cultural and urban development of lower Dorćol, modeled on the apparently spontaneous processes that started in the Belgrade neighborhood of Savamala five years ago.

We have the vision, experience, knowledge and strength to convert the current uncertain fate of the “new” Mikser House in Belgrade  into a new opportunity for development, but the realization of our vision depends on a social consensus and entrepreneurial potential of the creative sector for which we will fight in the coming months, with much needed help of partner organizations and institutions, experts and media.

Meanwhile, several cities in Serbia and the region have expressed a wish to adopt and implement our concept of cultural and social centre as a catalyst for urban regeneration. As a result of these initiatives, we are hereby announcing the opening of the Mikser House in Sarajevo in August 2017.

We would like to thank all the artists, partners, media, companies, foreign cultural centers, embassies and other partners for their support and cooperation during the past five years. Above all, we thank the citizens of Belgrade who have attended more than 1,500 concerts, festivals, theatre performances, exhibitions, forums and  trade fairs we have organized for the past five years. We promise that the best is yet to come.