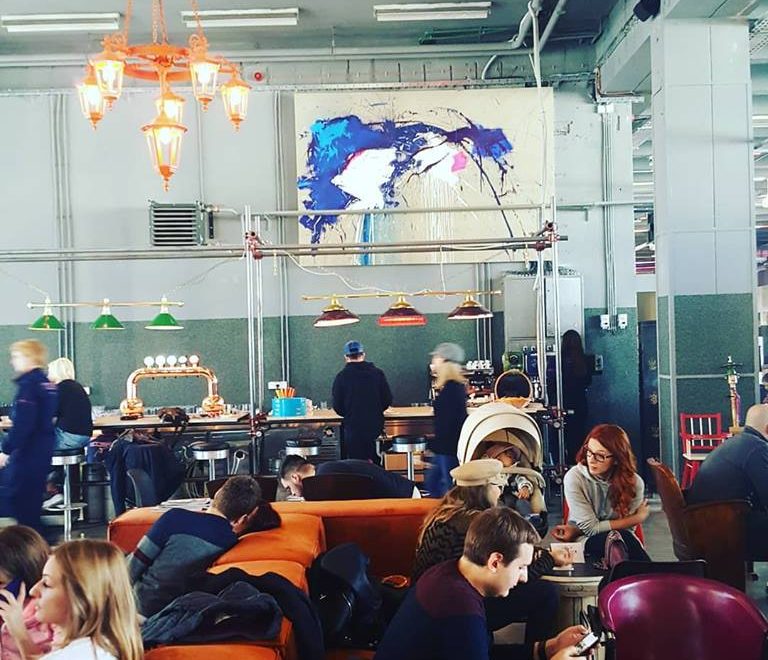 Winter has begun and the last days of 2018 are ahead of us. Still there are a few events you could catch in December if you are in the city.

Belgrade Market stands in 19 Zorza Klemensoa St. Market tends to be in a form of a festival where Belgrade restaurants, local breweries,cocktail bars and shops showcase ideas, products and services with an aim to promote local creativity and production.

Belgrade market, as a new concept guarantees a rich calendar of events, lots of energy, interesting products and excellent tastes.

Ticket can be purchased in Telma or Nixon bar at the price of 1000 RSD. The kitchen works till 10 pm. More info on FB event.

Sacha Mambo DJ and digger for over two decades, his musical culture taps into a wide spectrum of influences. Sacha is one of those special DJs that manages to find the links between completely disparate styles of music and weave them together to create life changing moments and rich narratives on the dance floor. Playing everything from Cosmic Afro, Dub to New Beat, Early Rave to New Wave, post-Punk, Krautrock or weird electronic sounds…, his knowledge of rare gems and infectious oddball obscurities is second to none.

Sacha runs the esteemed Macadam Mambo Record Label out of Lyon known for releasing incredible Edits and New School Original music by the likes of Eva Geist, Abschaum, The Pilotwings, Jin Cromanyon, Mori-Ra, Traxx, Albion … and by himself as producer under Sacha Mambo or his MZKBX alias.

Every December 31 Drugstore opens all of its rooms. Led by a colorful selection of local producers, DJs and promoters whose performances and nights marked 2018, this year’s guests are: Phase Fatale, JASSS, Red Light Radio boys, Max Abysmal and DJ Soulseek, and Mai Nestor.

New York-born and Berlin-based Berghain/Khidi resident,Phase Fatale, is in charge of the presents in the Big Room. With releases on Ostgut Ton and Jealous God, techno innovator started a career that has lead him to his own label BITE and collaboration with Silent Servant. His selections show a definite interest in harsher side of techno with occasional bursts of color provided by vocal infused industrial or classics with gentle melodies,thus making these sets full of surprises.

Spanish DJ, producer and resident at Berlin’s Säule, JASSS,writes a different kind of future with her blade runneresque sets where  electro, synth pop, smashing contemporary beats and sounds of a cracking dinosaur egg take about the same amount of space. She debuted with an EP on Mannequin in 2016. One more followed in the same year for Anunnaki Cartel, and another one for Mannequin a year later. Her album „Weightless“, released last year on iDEAL Recordings, is a collection of deadly beats and jazz flirts with avant-garde sound design. This year JASSS released a split with DMT on Mosaique.

Drugstore’s resident DJ, 33.10.3402 of L.I.E.S, ESP Institute and Second Circle fame and Sub Rosa’s SAUD take you in and out of the night.

Amsterdam’s cabinet of music curiosities, Red Light Radio,takes over the Black Room for the entire night. DJ Soul seek & Max Abysmal,whom you’ve had the chance to hear in the Black Room earlier this year as CAWD SLAY DAZ, are going to be there with the who’s-been-good-and-who’s-been-bad list from Santa himself.

Mai Nestor, participant of Red Bull Music Academy 2010 and a member of band Facit, joins us in RLR Room. Born in Hanoi and raised in Gothenburg, Sweden, Nestor explored experimental electronics and horror-movie soundtracks in her youth, influencing her own atmospheric music. She made her DJ debut on LA radio station dub lab in 2010. Rich vocal and musical arrangements work their way into her DJ-ing style, too — nomadic collages for dancing in the darkness.

Belgrade’s Lule of Kompleks joins the fuss in great fashion with his eclectic jingle blends for happy feet.

Matej Rusmir and Andria in the Chambers as Insolence. Two of Belgrade’s youngest DJs and producers have had a successful year supporting numerous acts and releasing praised material.

ON THE STREETS & BOULEVARDS

On the Nikola Pasic square, in front of the Parliament 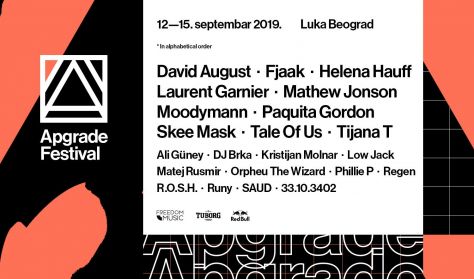