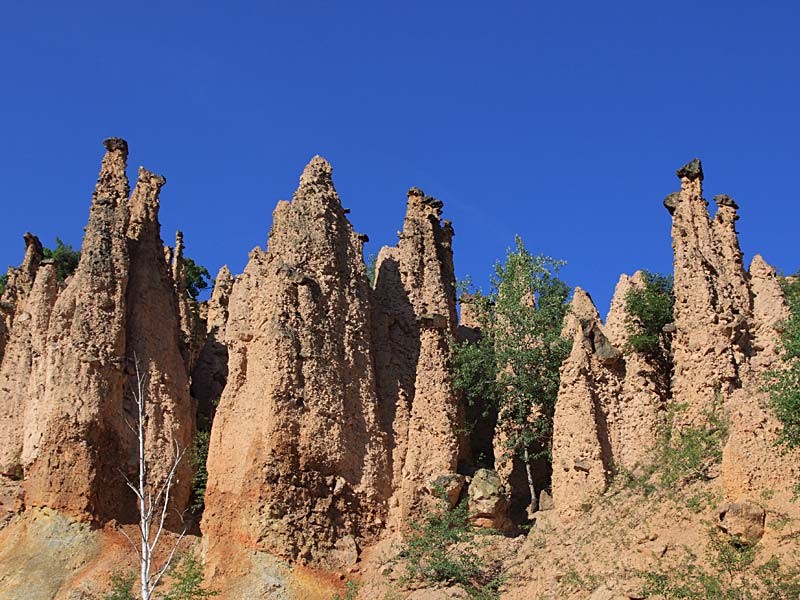 History , mystery  and quirkiness- with these three words we would describe this tour on the south-east of Serbia. The reason for it? Come with us and we will show you…

In the south of Serbia, 27 km south-east of Kursumlija, there  lies a spectacular landmark carved in rocks–Djavolja Varos (”Devil’s Town”). Two rare natural phenomena in the same place: 202 stone formations shaped and formed over the centuries by erosion, between two and 15 meters in height and the middle diameter of under 1 m, topped by stone blocks weighing as much as 100 kg, appearing almost unreal and yet lasting for centuries, and two springs of  water with high degree of acidity (pH 1,5) with high mineral contents (15 g/l; contents of some elements even 1000 times as high as in ordinary drinking waters) make Djavolja Varos a genuine natural wonder.

The natural surroundings add to the attraction of these two wonders, featuring a rather harsh, almost mystical atmosphere, but at the same time picturesque and timid, just like the remains of the town, an old church, a cemetery, and several interesting mines.

Djavolja Varos has been placed under government protection  in 1959, while in 1995, by the Resolution of the Serbian Government, it was declared the natural amenity of an outstanding importance, giving it the first-category level of protection – NATURAL MONUMENT. Thus, the whole 67 hectares of its territory are protected by the government.

Niš – The third Serbian city by size, after Belgrade and Novi Sad, Nis is cultural, economic, commercial and university centre of southeast Serbia with 13 university faculties. One of the oldest European cities, as testified by numerous prehistoric finds on the territory of the city (Bubanj and Velika humska cuka) long known as “the east/west gateway” since it is situated at the crossroads connecting Europe with the Middle East. Surrounded by magnificent mountain ranges of Mt. Suva Planina, Svrljiške Planine and Mt. Selicevica and place where you can taste the best burek in Serbia. The birthplace of the famous Roman emperor Constantine the Great who issued the Edict of Milan in the year 313 A D  embracing Christianity as the official religion of the Roman Empire.

Mediana, a lush suburbia of Ancient Naissus was built between the  third and the beginning of  the  fourth century. During the reign of Constantine the Great (306-337.) Mediana underwent the most impressive  architectural  progress… 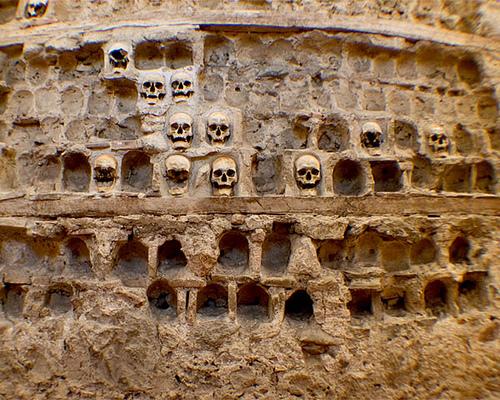 The Skull Tower (Serbian: Cele kula) is a tower composed largely of human skulls located in the city of Niš. During the 1809 Battle of Cegar, fought during the First Serbian Uprising, Serbian revolutionaries under Stevan Sinđelić were attacked by Ottoman forces on Cegar Hill, near Niš. Rather than be seized by the Turks and for the soldiers to be murdered, Sindjelic fired his pistol into a powder warehouse, killing himself and all Serbian rebels and Ottoman soldiers in the vicinity. Afterwards, Hurshid Pasha, the Ottoman vizier of Niš, ordered that a tower be made from the skulls of the fallen Serbian revolutionaries. The tower is 10 feet (3.0 m) high, and originally contained 952 skulls embedded on four sides in fourteen rows.

DAY ONE:  Departure from Belgrade in the morning 9 AM, drive to “Devil’s town” with refreshment breaks, visit attractions there. Lunch break. Arrival in Prolom Spa, getting to one’s accommodation, a short walk. Optional going to the spa. Dinner. Overnight stay.

Pick up: Anywhere in Belgrade

– Means of transport (car or van)

– Accommodation – one night in 3* apartments in Prolom spa

– Admission fee and/or a guide to the”Devil’s town”

–  Visit to the  Skull Tower and Mediana

*let us know if you have any special food requirements