Die Antwoord On This Year’s DEV9T

Popular Rep-rave band Die Antwoord will give a concert on Saturday, June 11th in Stara Ciglana (old Brickworks Factory) in Belgrade within the Art Festival DEV9T as a warm up concert to this year’s Exit festival.

The famous trio from the ghettos of South Africa rocked the music scene with its provocative appearance and music, accompanied by viral videos and frentic performances. Die Antwoord are finally coming to Belgrade and a the peak of their popularity, after they defeated the world’s top tier in 2014 with the album “Dark Mag” from the top of the world charts. Front-tandem Ninja and Yo-Landi have recently made a great success with roles in the movie “Chappie” directed by the famous Neil Blomkamp, where they play the street gangsters who accidentally become the “parents” of the robot-hero with advanced artificial intelligence.

The controversial band from Cape Town, established in 2008, brings a mixture of street hip-hop, rap, rock and rave from the marginalized walks of life in a modern society. Their uncompromising and completely authentic performances are a fusion of audio-visual arts followed by exceptional euphoria and almost dystopian motifs of modern society. Die Antwoord blast provocative, witty, sometimes morbid lyrics, with compelling motifs and powerful unified messaging ravers, rockers, rappers and generally members of numerous subcultures around the world. It is not uncommon to see them in the company of Johnny Depp, Marilyn Manson and Skrillex, with which they also performed live:

Conceived as an art colony, which brings together all those who know the value of culture, with the slogan “Create Further” the second DEV9T with gripping music and art programme will be held in Belgrade from 10 to 18 June .

Concert tickets: from 1990 dinars up to 2990 dinars on the day of the concert

Bear in mind that  nine sets of tickets for DEV9T, priced at 1990 dinars to be released on 5th October 2016. While daily tickets priced at 400 dinars for Friday and Saturday and 250 dinars for other days will be available at the gates of the festival. Entrance to Dev9t “special” events, including the EXIT on DEV9T, will be charged separately.

You ll be able to purchase your tickets through Gigstix and Eventim, as well as online via their website www.eventim.rs and gigstix.com 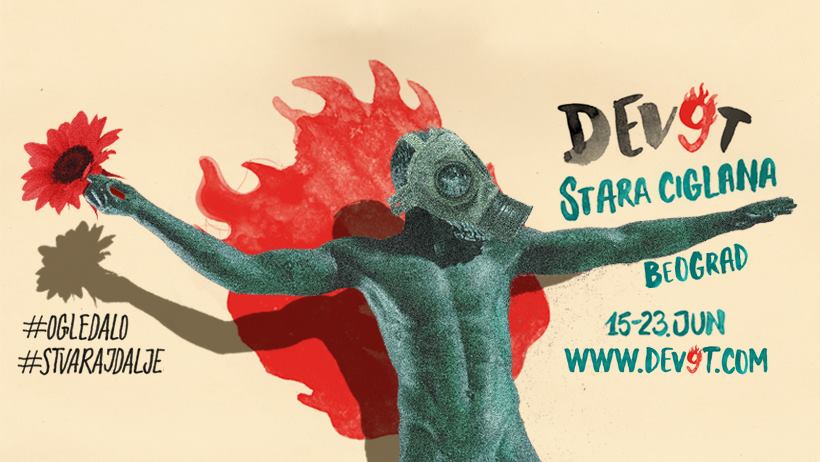