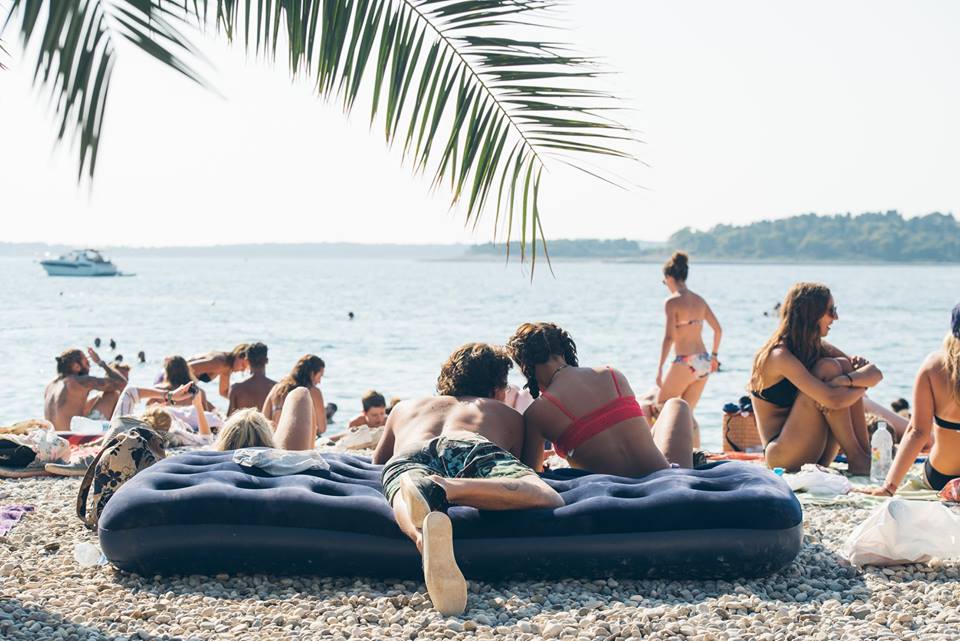 In the last ten years Adriatic coast has become a  very trendy destination for electronic music aficionados and festival goers. This year the town of Pula has hosted the 5th edition of Dimensions Festival in the village of Stinjan in the Fort Punta Christo which lies on the coast of the Adriatic Sea.  The opening concert featuring Massive Attack, Kamasi Washington and Moodymann took place in the Roman amphitheatre dating back to the 3rd century BC in the heart of the city. The festival itself originated in 2012, but very quickly earned acclaim of the critics for having the most forward thinking underground electronic music line-up.

The heart of Pula that dates from the times of the Roman Empire seems amazing and adding a music festival right in the amphitheatre provides a superb experience especially if visitors have an opportunity to listen to one of the most important trip hop bands in the world, such as Massive Attack who are known to have spectacular live performances.  I had a pleasure to listen to them 10 years ago on the Exit Festival in Novi Sad when they were at the full strength and this was one of the best gigs I heard back then. So, I was happy to have this brand new opportunity  to catch up with them and my expectations were met once again. They opened with the atmospheric Hymn Of The Big Wheel, led by Horace Andy on vocals and ended up with all-time favorite tunes such as Safe from Harm, Angel and Unfinished Sympathy. 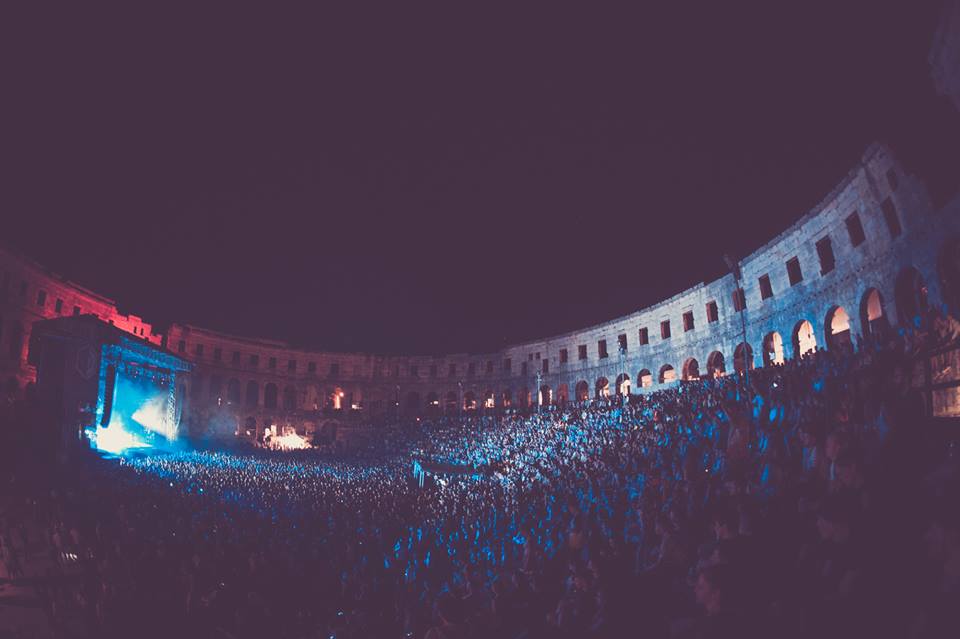 The artwork on the scene was interesting sending both political and vital messages to the audience. After them Moodymann drew the concert to  a close by mixing music from his record collection brought all the way from Detroit. 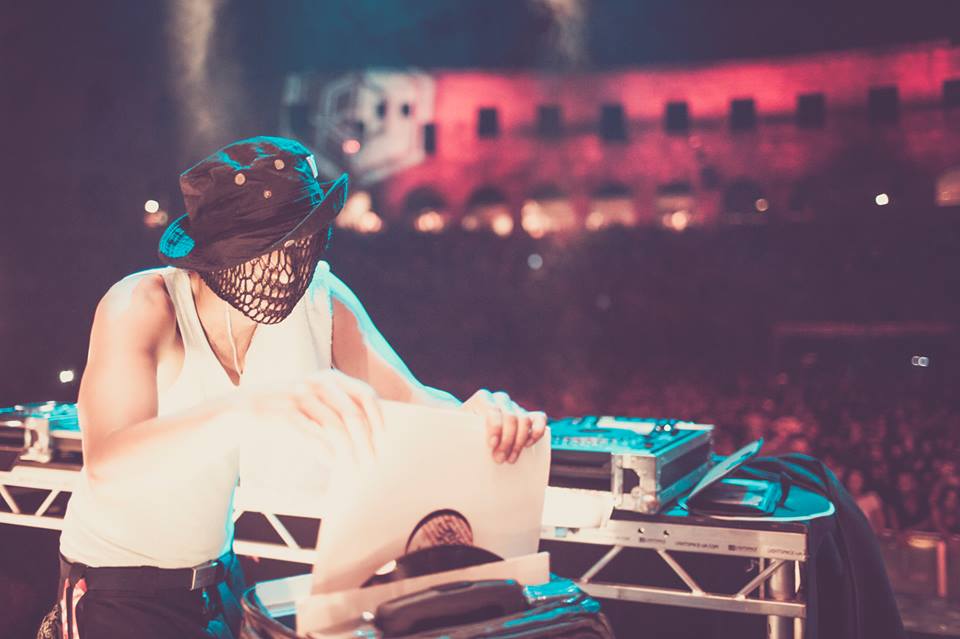 On the following day , the 25th of August the festival started on the beach in Štinjan and later on on the fortress. I had to admit that I enjoyed the most in the day programme on the beach stage. It looked like this, lots of nice and very friendly people from all over the world, swimming in the beautiful Adriatic Sea, chilling on the beach while drinking and listening and dancing to the sounds of house, disco, Balearic, soul… Yes, it was great indeed. However, the beach stage was open until 8 pm but night swimming wasn’t an option.  Around 9 pm visitors move to the Fort where they can catch some really serious names in the industry. For example Richie Hawtin and Rodhad who played on the most notorious stage called Moat that was reserved for techno lovers. Other stages as Clearing, Void, Garden, Mungo’s Arena and my favorite NOAH’S BALLROOM that looks as a small club hidden in the walls of the fortress below the tree  were also super cool  showcasing various music genres from disco and drum’ n’ bass to minimal techno and more commercial house. 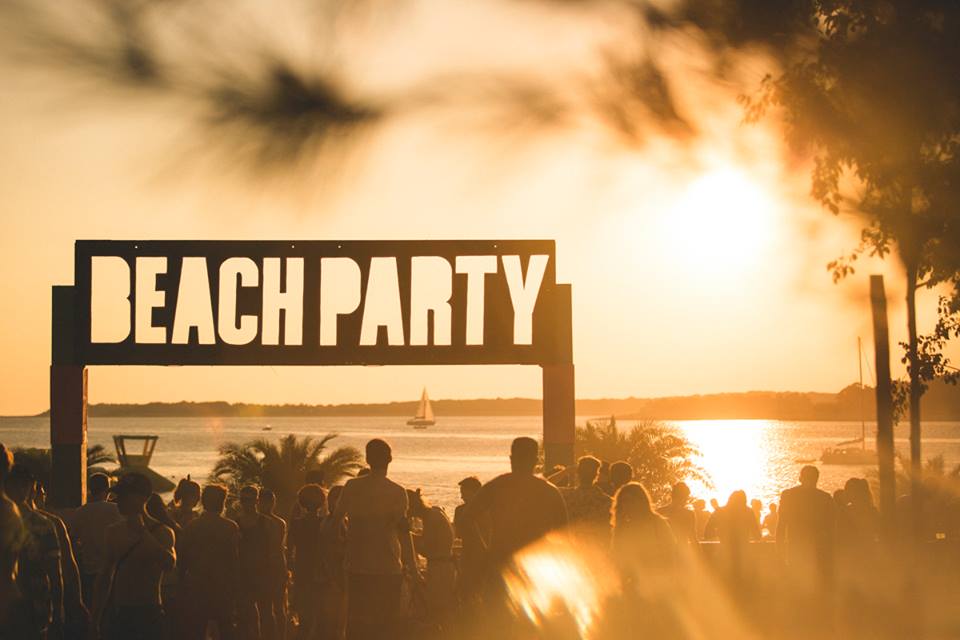 My personal favourites were Nightmares on Wax, precisely DJ E who played at the Clearing stage that has a perfect sound system and miss Hellena Hauff  who closed the festival at the Moat stage with her very sophisticated and dark vocal techno.  This British guy, DJ E is a master of mixing from hip hop to house and funk. He spread good vibes and lots of good energy all over the stage and warmed up people for other kinds of music during the closing night.  I would like to mention the guys from Belgrade-based collective called Beyond House who played at the tiny Noah Ballroom on the third night. The guys played a mixture of music styles and with their classy music selection “set the stage on fire”. 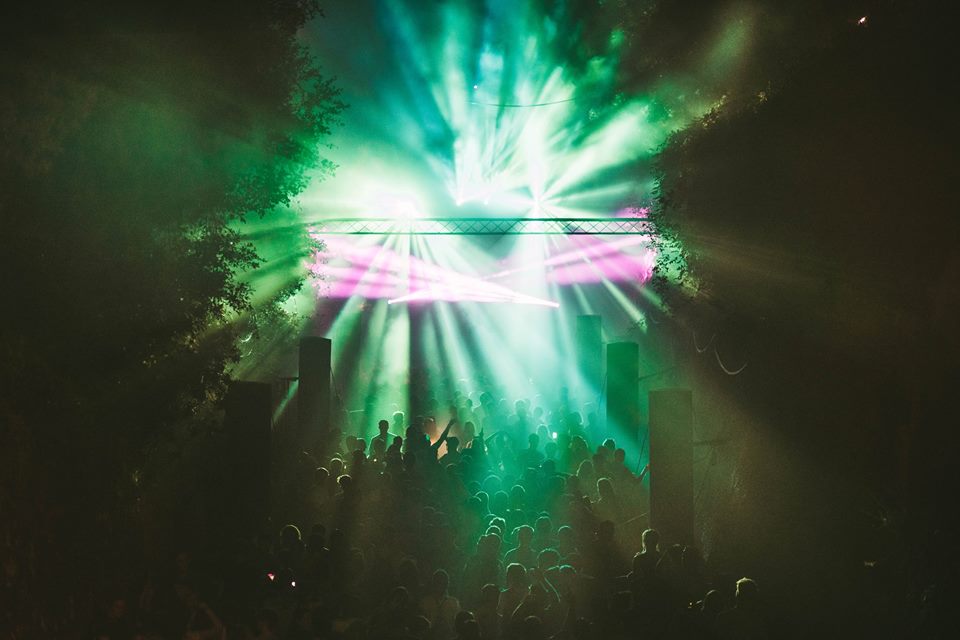 We also went to some of the boat parties that happened every day starting from the harbor. Our day party was with Ben UFO, Panagaea, Pearson Sound and Shanti Celeste.  Since it was very sunny and hot outside it took a while for the crowd to gain a momentum and get very much “into it” and when  a DJ dropped a tune from the 1995 Push the feeling on by Nightcrawlers the real madness started.  Our night boat was more orientated to techno so we  had opportunity to listen to two great masters Stingray and virtuoso Intergalactic Gary. 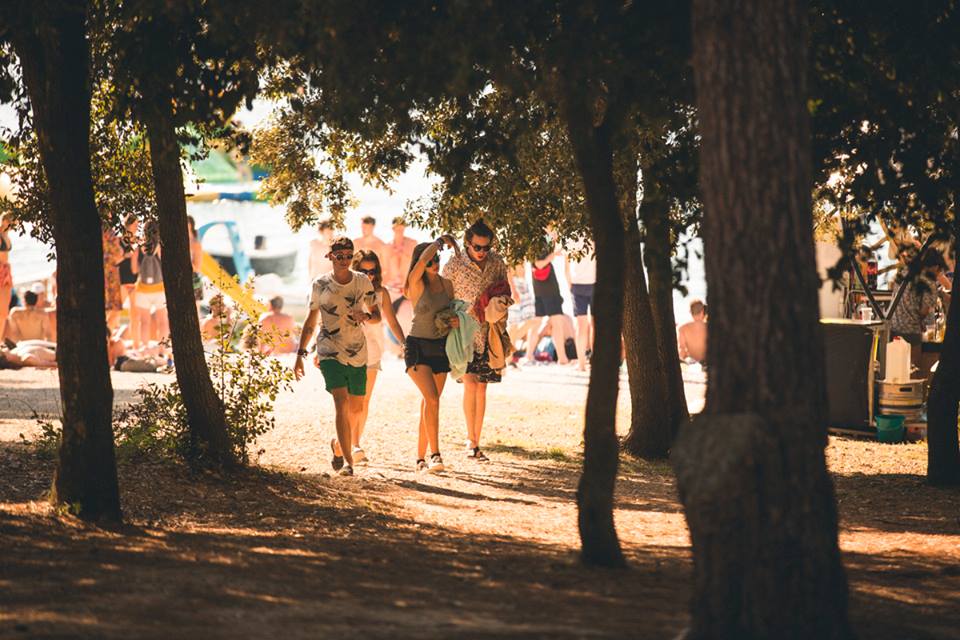 So, our overall impression of the festival was really great.  Of course there are  several things you need to know if you choose to attend Dimension next year. Such as that festival is a few kilometers from the centre and you need to take a bus 5A to village of Stinjan or a taxi van. The ticket for the bus costs around 1,5 euros. If you don’t find a bus you will need to take a taxi van that costs more than an average ticket for the bus, around 5 euros per person in one direction.  Also, you have an opportunity to stay in the camp site if you prefer to be in close proximity of the festival and the beach. Watch video.

Where to buy food: