On Friday, June 9th, Drugstore’s Secret Garden will host a special “night of live electronic music”, dedicated to the infamous Dis-patch festival, which presented a wide range of contemporary electronic artists from Belgrade and beyond over the course of the past decade.
The focus of the event is the first Belgrade concert of the legendary post-kraut band KREIDLER from Dusseldorf as a 4-piece live band, just weeks after the release of their latest album “European Song”. They will be joined by local musicians and producers who have in different ways taken part in various Dis-patch activities over the past years. 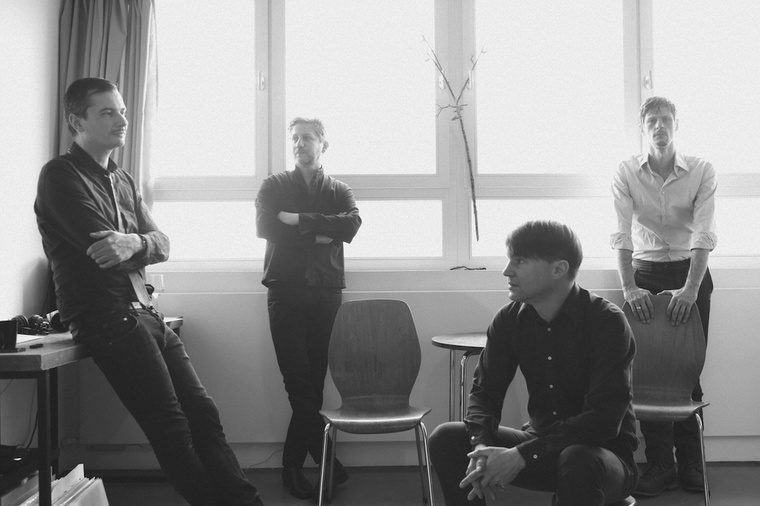 Dis-patch Throwback is a homage to the festival of the same name, which was active between 2002 and 2010 in Belgrade presenting live performances and multimedia project from some of the leading local and global musicians and artists from the domain of “contemporary electronic music”. After more than 400 events and guest curations or productions, Dis-patch has left a footprint in the Belgrade music scene at the start of the 21st century, and opened opportunities for local artists and audiences dedicated to electronic, experimental and audio-visual production.

Jamie Lidell, Luomo, and Murcof are just some of the names often associated with the event, and some of them performed in Belgrade before they reached wide acclaim and became unavoidable guests at prominent festivals. Frequent guests of Belgrade in those years were also Dan Snaith (then known as Manitoba, a bit later as Caribou), Vladislav Delay or Robert Henke (Monolake). The festival featured workshops, lectures and exhibitions, special events and artist-in-residence programs for musicians, alongside many world premieres and special artist collaborations initiated by the festival.

Five years after its demise and fifteen years since its foundation, this June the audience will have a chance to refresh their Dis-patch experience, or to encounter it for the first time, through a lineup that presents some of the most exciting live electronic projects from Germany and Serbia.

The tickets are available via Eventim on this link!
http://www.eventim.rs/rs/ulaznice/dis-patch-throwback-beograd-drugstore-460689/event.html

The headliners are the members of Dusseldorf-based band Kreidler, coming to Belgrade for the first time, just weeks after the release of their new album “European Song”.
The band was formed in 1994 by Thomas Klein, Andreas Reihse, Detlef Weinrich (aka Toulouse Low Trax) and Stefan Schneider, who soon left to form To Rococo Rot and later Mapstation (both presented at Dis-patch in 2006). Schneider was switched by Alexander Paulick, and this quartet has 26 releases under its belt, concerts at festivals such as Roskilde, Sonar, SXSW or Nrmal, as well as performances at MOMA in New York or Centre Pompidou in Paris. They have collaborated with big artistic names such as Mike Kelley, Andreas Gursky or Heinz Emigholz. Their dystopian music seems more relevant today than ever before. The new record was recorded under the strong impression of the latest US elections and the implications they brought. Exciting interplay between man and machine that Kreidler enacts on stage is a result of communal experience and the blind belief in the power of the moment.

The appearance of Kreidler is supported by Goethe-Institute in Belgrade.

Tapan is the new band/project by Goran Simonoski (co-founder of Dis-patch) and Nebojša Bogdanović (DJ Schwabe).
Their unique combination of slow, deep techno rhythms and oriental pulse are rounded up on stage by Jamal Al Kiswani (saxophone) and the renowned percussionist Feđa Franklin. After a couple of acclaimed 12”s and rare live shows, their debut album is expected at the end of this year on Malka Tuti label from Tel Aviv.

WoO, or the Belgrade-based guitarist Vukašin Đelić known for his work in the bands Belgradenoise, Halftones, and Dol, will present his hypnagogic solo show, which had its premiere at Dis-patch in 2005. He has performed at a number of international festivals and collaborated with a great number of local, European and US musicians from the improvised music scene.

kӣr is another Belgrade music project of “recent date”, combining the sound of modulars with atypical rhythms in a unique way, halfway between otherworldly mind spaces and the dancefloor.

Besides the possibility of appearance of special guests, the night will be rounded up in the best possible way by Nenad Marković, another Belgrade producer whose releases and shows are on the radar of lovers of hi-quality electronic music experience from around the world, this time through a 3-hour DJ set under the 33.10.3402 moniker.