EUROPEAN CANDIDATE FOR THE OSCARS, TONI ERDMANN COMES TO THE AUTEUR FILM FESTIVAL 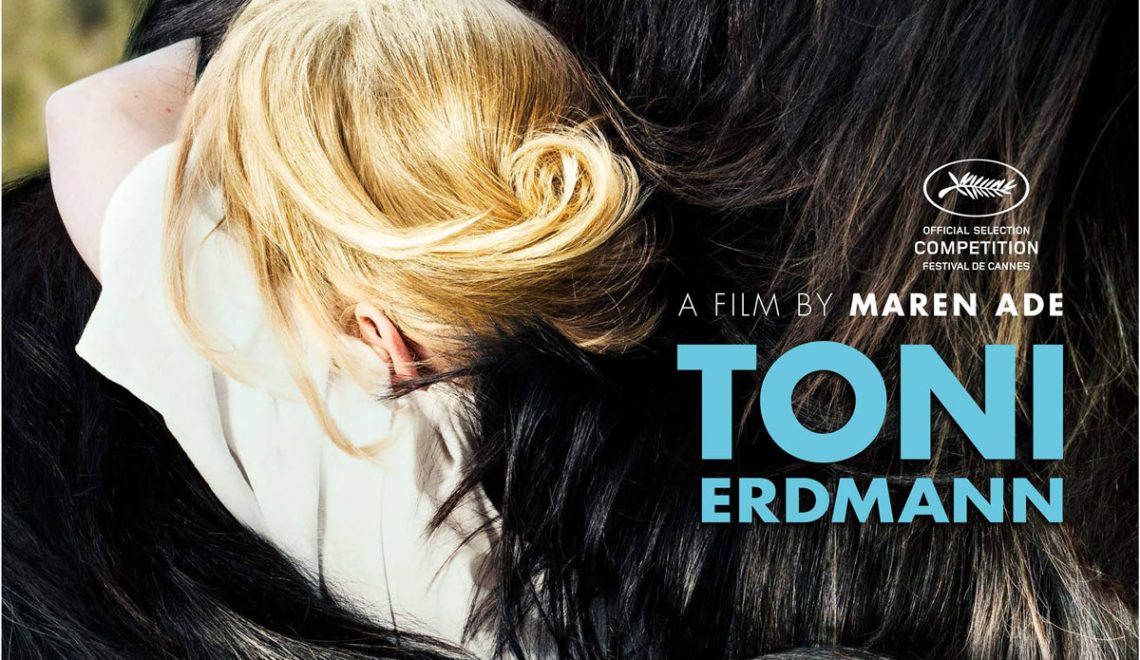 Toni Erdmann will be featured on the programme of the 22nd Auteur Film Festival. The film received the FIPRESCI Award at the 2016 Cannes Film Festival, which is awarded by the International Federation of Film Critics and has been nominated for this year’s Best European Film.

The German film by the director Maren Ade,  deleneating a relationship between a father and a daughter in an alienated world heavily dependent upon success, through humour and refreshing authenticity, has five nominations at the European Film Awards (for: European film, European director, European actress, European actor, European screenwright). This is the third feature film of the thirty-nine-year-old director, Marin Ade, him being the representative of the new German wave. On a related note,  it is the first German movie to have competed for Palme d’Or at the Cannes Film Festival after Wim Wenders’ Palermo Shooting in 2008.

The next in the line up, in terms of the number of nominations, is the current Cannes Film Festival winner I, Daniel Blake, which will open the 22 Auteur Film Festival on the 25th of November. This achievement by Ken Loach is nominated for the European Film Award, and the famous British director is amongst those nominated in the category for European director. I, Daniel Blake is also nominated for European Screenwriter Award (Paul Laverty) and European Actor Award (Dave Johns).

On a similar note, Cristian Mungiu has been nominated for European Director Award and European Screenwriting Award for the film Graduation. This movie is to  appear at the opening night on this year’s Festival on the 30th of November in the Belgrade Youth Center, at 7:30 pm.

The 22nd Auteur Film Festival is  to be held from the 25th of November to the 3rd December. And besides the details already mentioned, the main programme of this year’s festival is going to feature nineteen more performances, eleven of which are competing for Grand Prix Aleksandar Saša Petrović. Sweet Movie (1974) by Dušan Makavejev is going to be shown as part of the main programme. “Auteur Film Festival has been representing and promoting a rather novel  and an authentic artistic expression since its foundation. In the world of  cinema today, there are but few so free spirited, brave, innovative, radical thinking, critical of society, witty, philosophical, poetic and stylistically different contemporary movies like Sweet Movie. The abolition of taboos, both narrative and visual, bringing to the fore  the flaws of petty bourgeois , confusing and shocking the world of apathy , ridiculing the absurdity of totalitarianism and ignorance. That is the relentless poetic expression of Dušan Makavejev, or in the spirit of  the song of the band Partibrejkers  – Freedom or nothing else” – Srđan Golubović, the President of the Festival’s Council, points out.

Besides the main programme, the festival is to include a greater number of accompanying standalone programmes such as plays, educational programs and workshops to name but a few.

The main hall of the festival will be the Belgrade Youth Center this year as well, whilst the festival is to be held in the hall of The Cultural Centre of Belgrade, the old and new building of the Museum of the Yugoslav Film Archive, in the cinema Fontana, UK Parobrod, Culture Center “Studentski Grad“, Art cinema (at the Kolarac Foundation and UK Palilula).

Tickets will be on sale for the 22nd Auteur Film Festival begins as of today in all the box offices, except for the programmes which will be shown in the old and new building of Museum of Yugoslav Film Archive. The tickets for this programme are going to be on sale from Monday, the 14th of November.

All information about the programme can be found on the festival website: www.faf.rs