Events to Attend in Belgrade/November 2021 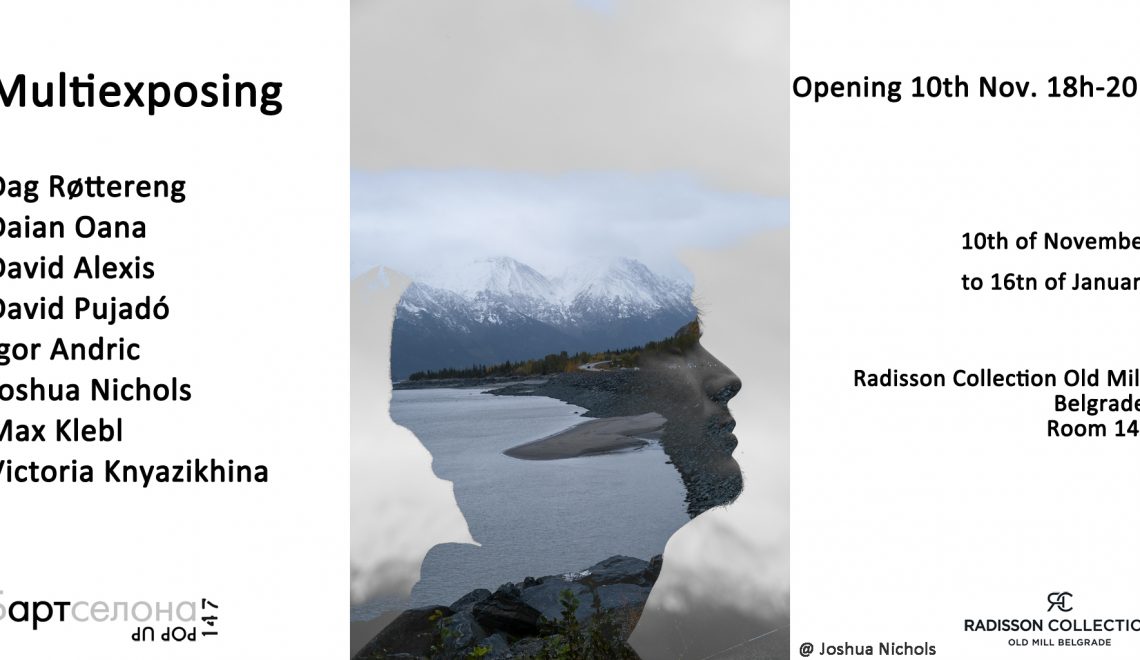 November is still a great month to catch some interesting events and go play around Belgrade. We will kick off with some exhibitions and film festivals and end up in the nightlife section.
So here we go:

“Multiexposing” celebrates the happy accident of multiple exposure images during the contemporary era of photography. As photographic technology advances at a rapid pace, we’re enjoying somewhat of a renaissance for the medium. Cameras of all sorts grow ever more accessible to the masses and now everyone has the ability to take photographs and produce double-exposed images using digital editing tools – to put it plainly, reality has never been more documented or manipulated as it is today. However, within the exhibition space we’re presented only with photographers of the artistic sense, and faced with the question of why we should manipulate images in such a bygone style when the depiction of reality can now be portrayed more accurately than ever, or in turn, altered in infinitely more ways given the advancements of technology? In each image, we’re confronted by the blur of time past. As figures overlay one another in a hallucinogenic array, feelings of motion and nostalgia arise, a common thread that binds each photograph together and an emotional motif that harks back to the early experiments of double exposure film. It would appear that we’ve traded a true perception of reality for something less tangible and more difficult to document, our own time, space, and memory.

This year’s edition of the Japanese-Serbian Film Festival will be held from November 12 to 15 at the Yugoslav Film Archive (Uzun Mirkova 1), and the audience will be able to see one part of the repertoire in the KC Belgrade Hall as well.

This year, JSFF will screen more than 40 films on the topic of “Status”, including European premieres of Japanese feature films, as well as the multiple nominated and awarded “Red Post on Escher Street” by Zion Sono, while domestic movie “Oasis” by Ivan Ikić will open the festival.
In the competition for the Grand Prix and the best Serbian and Japanese film on the topic, only short works will compete this year, while the main program will include feature films that, according to this year’s selection, responded most appropriately to the festival’s topic.
The thematic exhibition of film posters will be presented as part of the opening ceremony at the Yugoslav Film Archive. Visitors will have the opportunity to enjoy the designed posters of Japanese films (from the holdings of the Yugoslav Film Archive) and Yugoslav films, whose author is our renowned artist, Stevan Aleksić.
Find FB event here.

A way back home art exhibition by Ana Marinković @ DOB

This exhibition will take place from 2 to 19 November in the gallery of Dom Omladine in Belgrade.
The young local artists present artworks after years spent in NYC.

The review of multimedia achievements “A way back home”, created during 2021, indicates a wide range of areas of interest of the artist Ana Marinković, both in the formal and ideological sense, and directly points to her strong will to enter the experiment. The exhibited works, which represent a visual review of her many years of stay in New York, were created as products of the artistic articulation of intensive introspective research by the artist during this period. The first encounter with a hyper-capitalist society in a period of great political and epidemiological crisis, personal insecurity and fear of failure, struggle with rational and irrational thoughts, escape from reality through addiction and violent return and confrontation with it should be seen as the most important agents in the exhibition.. With the atmosphere of uncertainty, tension, existential anxiety, and tension, achieved by staging the installation, the artist introduces us to a metaphysical space that materializes her feelings, memories, and other intimate

On Friday, November 12 popular local DJ Dejan Milicevic is going to play on the 20/44 boat. Party starts at 11 pm.

Steve will play on November 13 at the Drugstore club.

Stevie Whisper aka Stefan Unkovic is a DJ/producer, promoter, and visual artist from Belgrade.

Raised in the vibrant hard-core scene of the early ’00s, he came to be one of the pillars of the city’s underground culture whose reputation started spreading beyond through work with SuperSizeShe, a collective he formed as a vehicle for bringing the independent music scene closer to his hometown, booking acts such as Ariel Pink, Mac De Marco, Dirty Beaches, The Soft Moon among many others.

In recent years he invested more energy in flirting with different genres of contemporary club-oriented music, being a regular in the DJ booths of Belgrade’s most prominent underground clubs – 20/44 and Drugstore, putting his own Yes nights as well as various events with his Mystic Stylez crew.

Layers of the Façade, an exhibition by photographer Viktor Šekularac, opens on Sunday, 24 October at 8 pm, in the Cultural Center Grad’s gallery. It will be a special program of Gallery Grad during the Art Weekend, a four-day special art event, but also Šekularac’s comeback in front of the Belgrade audience after a short break. He will show a compilation of his photographic work from various locations and periods.

Born in 1980, Šekularac studied photography at the Applied Arts Faculty in Belgrade. During the 2000’s he is active in the fields of graphic design and photography, collaborating with Remont gallery on visual identity as well as the creation of Remont art magazine. In 2005 Šekularac created the visual identity for the October Salon, an important, then annual contemporary art exhibition. During the last decade, he had lived and worked in Belgrade and New York, while this decade he splits his time between Belgrade and Paris. Layers of the Façade certainly brings a compilation of scenes from all these cities, but geographical determinants have little importance in Šekularac’s photography. In the research of the unknown, less desirable and hidden city spaces, he creates a sort of an intimate portrayal of inner life of a city, similar to the inner emotional life of literature characters. He observes the facade from two different angles: as a border, a diaphragm between the private and the public, but also as sediment of a culture whose layers testify to the development of the city, like the one of an individual. Therefore, the compilation of photographs presented, will not overly depend on space or time, because Šekularac searches for the smallest common denominator, the universal stratification of the facade, the spaces that do not depend much on geographic latitude but have their own inner life and happenings hidden from the view of the many.

This exhibition builds on the previous one called Traces, shown in 2012 at Dom Omladine Gallery. The recent 2019 exhibit was titled Confidence. Šekularac was exploring artists’ confidence in the era of social network photography, in Remont Gallery, but this time you are invited to take a peek into the autonomous worlds and façade layers. Gallery Grad will be opened daily from 4 to 9 PM until 6 November 2021.

Exhibition “Layers of the facade” is part of the Art Weekend Belgrade 2021 program.

A huge techno party is preparing to happen in the Drugstore club on the 27th of November.

More info will be released at the FB event soon. 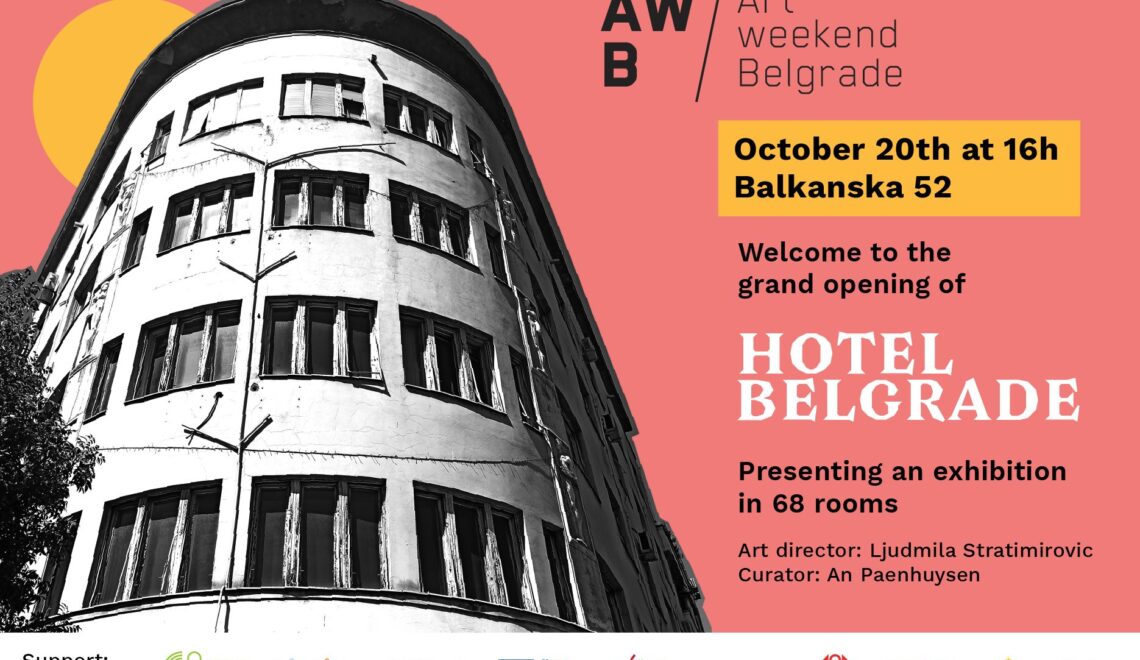 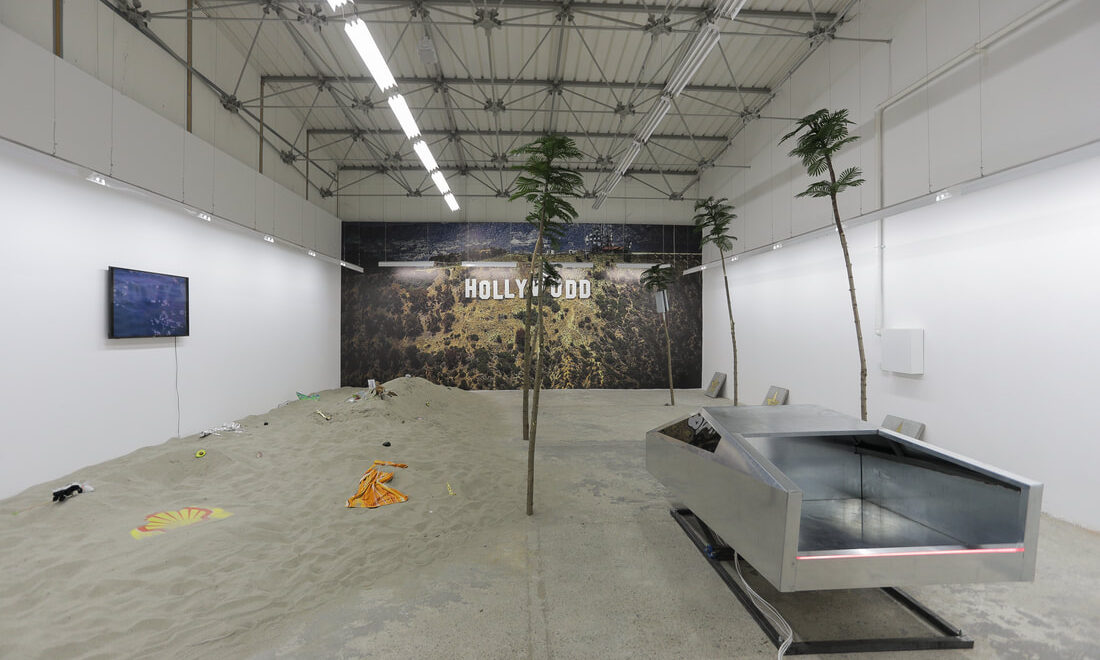