Exhibition in Belgrade: ‘Edgar Degas: the Moments of Observation’ 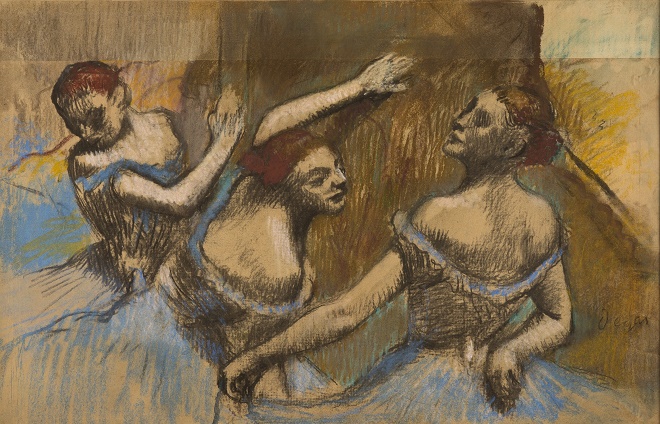 From July 15th to September 15th in SANU Gallery (35 Knez Mihajlova) there will be an artwork exhibition ‘Edgar Degas: the Moments of Observation’, organized as a cooperation of the Belgrade’s National Museum and the SANU Gallery.

The works from the National Museum are the basis of the exhibition, a total of 29 pieces belonging to the French artist, most of them drawings and monotypes. Considering the fact that the line and linear expression was essential for Edgar Degas, the exhibits of  ‘Edgar Degas: the Moments of Observation’ give visitors an insight right into to the essence of the artist’s expression.

Apart from viewing the presentation of the artist’s works on paper, visitors will have an opportunity to learn about Degas’s research in the field of photography, which will give them a chance to experience his artistic sensibility and to explore the urban culture of the late 19th century Paris.

The origin, history and artistic development of Edgar Degas’s works found in the National Museum tells a story of the turbulent and often tragical historical events, but it’s primarily a credible image of the cultural climate which marked both Europe and our society.

This indicates the responsibility, mainly towards the people who have, with their dedication and understanding as well as a broad knowledge and a sense of true value, created private collections that are now kept in the National Museum in Belgrade. In this regard, the central position is the collection of Erich Šlomović, a young man from Belgrade whose death during the World War II is a tragedy. Most of the Degas’s works which make up this exhibition come from his collection.

Through the setting of the exhibition ‘Edgar Degas: the Moments of Observation’, put together by Dr Dragana Kovačić, with the assistance of two co-authors of the monographic catalogue drvMilankavTodić and JelenavDergenc, you can track the dramatic processes of modernization of not only Paris, but also Belgrade, with the speed and movement separate, becoming more and more expressed, making the entire idea and the attitude towards our surroundings rather unstable. Instead of stability and lasting encounters, the experience of living in modern times is reduced to mere moments.

Edgar Degas observed. He separated and created his own moments, giving them eternity.