Exhibition: As Rights Go By at freiraum Q21 INTERNATIONAL/MQ 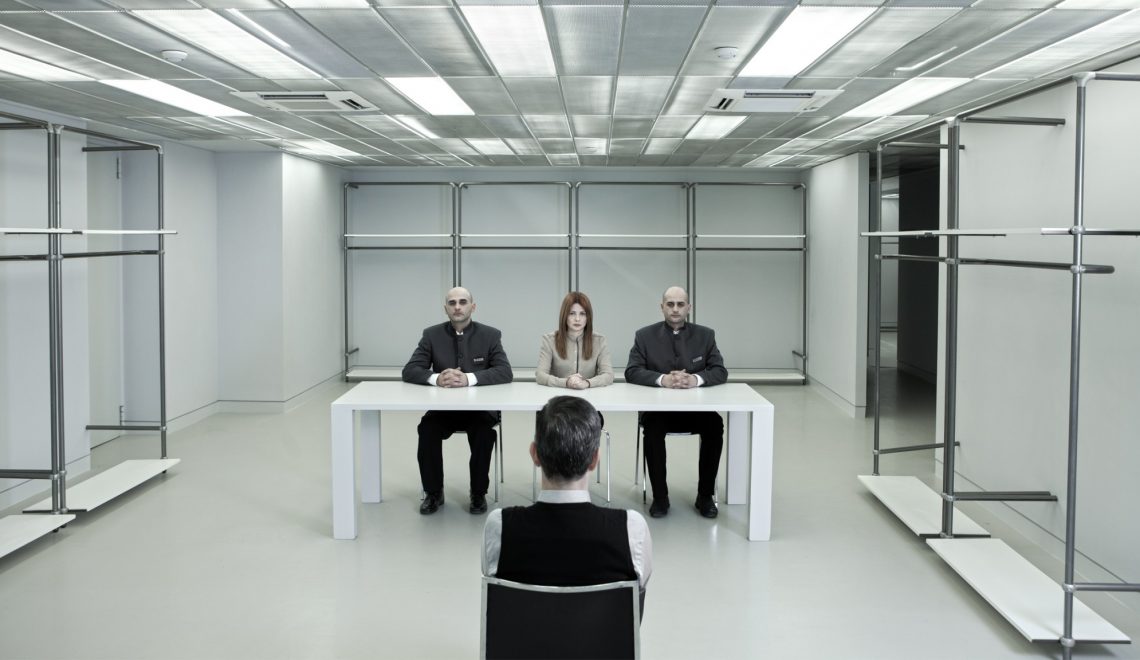 How do we link restrictions on civil rights and the deprivation of refugees’ rights? Economic interests as well as promises of high yields and national security are increasingly undermining constitutionally guaranteed rights — rights not even conceded to refugees. The exhibition ‘As Rights Go By — On the Erosion and Denial of Rights’, curated at freiraum Q21 INTERNATIONAL/Museums Quartier in Vienna/Austria by Sabine Winkler, explores judicial, social and emotional shifts in the relationship between citizens, politics, economics and violence. The opening reception is on 14 April, from 7pm. Guided tour for the press: Wednesday 13 April, 10am.

Post-democratic developments have accelerated in the last ten years: unregulated financial markets, which are increasingly dominating political agendas, as well as uncontrolled mass surveillance, which increasingly aims at predicting and influencing (purchasing) behavior, are shaping our reality. In the current, highly explosive scenario it makes sense to take a look at the causes and consequences of de jure inequalities.

The purported necessity for political policy to submit to market interests is leading to a shift in individual rights to the advantage of investors. Debt and trade agreements are being instrumentalized to establish and institutionalize inequality. The radicalization and globalization of markets is, in turn, leading to the entrenchment of inequalities between rich countries and poor ones in the battle for cheap raw materials and labour. Neo-colonial strategies are among the reasons for migratory movements.

The artworks shown in the exhibition explore the impact of globalization, financialization, and mass surveillance on civil rights and human rights, as well as the social and judicial inequality they entail. The issue of the distribution of rights is also topical in an art context. The art system reflects the social and judicial inequalities to be observed in society at large. Reflection on one’s own behavior and position plays a decisive role in aesthetic practices that render judicial, social or societal asymmetries in the conditions of production visible.

The video by Lorenzo Pezzani and Charles Heller (Forensic Architecture), ‘Liquid Traces — The Left-to-Die Boat Case’, adopts a forensic approach to reconstruct a tragic event and find evidence of guilt. The two artists examine the evidence available from the information gathered by surveillance technology, and show the extent to which the authorities are guilty of breaching international human rights conventions and that they committed the crime of non-assistance.

Nikita Kadan engages with police torture, a practice widespread in Ukraine, in his project ‘Procedure Room’. His drawings of torture techniques on porcellain plates in the style of the ‘Popular Medical Dictionary’ of the Soviet era address the ideologically motivated depiction of torture as a medical procedure, as a ‘necessary surgical intervention’ to legitimate state violence. The loss of rights is proclaimed necessary for the wellbeing of society, or as ‘protecting liberty.’

Lina Theodorou‘s installation ‘The Amazing Board Games Club’ invites visitors to understand everyday reality in crisis-torn Greece by playing a board game. The financial board game ‘Pawnshop – Days of Mistrust’ is conceived as a satire of the textbook capitalist game Monopoly, while the board game ‘Save the Pensioner’ is one element in a fictive advertizing campaign for pharmaceutical concerns, aimed to prepare the population for 20 more years of working and of keeping fit. Lina Theodorou alludes to the social and legal consequences associated with debt and austerity programs, as well as to the companies’ profiting from poverty and people who lose their rights.

The work ‘Obsidian Contract’ by Carey Young shows a legal contract written backwards and reflected in a black mirror as public space and jurisdictions imagined in a context of the exhibition. In her video ‘Uncertain Contract’, an actor interprets a script composed of legal terms taken from a commercial contract. The specific terms of the contract have been omitted, leading to an ‘uncertain’ contract where the meaning is open to interpretation, while the function of contracts is reflected in the artwork.

In contrast, Yuri Pattison shows footage of the hotel room 1014 in Hong Kong, where Edward Snowdon gave his interview exposing the NSA in 2013, and combines these with amateur hotel room evaluations and video footage of Hollywood film locations shot by fans. The work reflects the rapid transition from a political event in the entertainment sector, and refers in this specific case to the NSA’s multiple human rights transgressions featured in Hollywood movies.

In his film ‘Sequence Error’, George Drivas alludes to the aphorism by Karl Marx, ‘history repeats itself, first as tragedy, then as farce,’ and then adapts parts of speeches by Che Guevara (1963) und George Marshall (1947). The scene is set in a contemporary company that collapses under the impact of a sudden system crisis. The company represents the capitalist system, the crisis stands for the emergency that is used as a pretext for the suspension of rights. Resistance grows.

As Rights Go By is organised in cooperation with the Federal Ministry for Europe, Integration and Foreign Affairs.