KC Grad in cooperation with Institut Français and the Ministry of Culture and Information of the Republic of Serbia, proudly presents Cyril Le Van, French artist whose solo exhibition will be part of the AIR (artist in residence) program of our gallery. Le Van is the author of very ambivalent visually attractive art objects that surely will be remembered, and will constrain the thinking about status symbols as well as the nature of advertising in the 21st century. 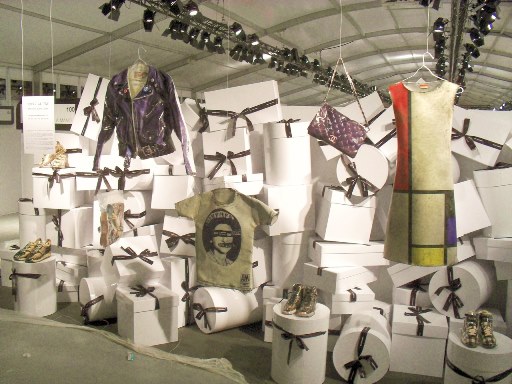 Cyril Le Van, being in a kind of postmodern dialogue with Duchamp, likes to call his objects ready made MADE, that way emphasizing that he makes the objects himself unlike his famous fellow countryman who was interested in recontextualisation of the every day objects into artistic ones, that way Le Van is actually closer to Claes Oledneburg a famed pop artist who was famous for different treatment of the every day object. However, the differences are evident in what the audience will be able to ascertain at the opening night. In addition, Le Van will allow us to peek into the process of manufacturing readymade objects, the accompanying workshops are planned for June 10th and 11th. Produced as a result of the dialogue between society and an individual, these objects originate from the criticism of that relationship’s nature in the hyper consumerism society of our age, thus the selection of the objects being made readymade is adjusted to make the real illustration of the current state. Raging from the mattresses symbolizing one extreme of the society- the homeless to Louis Vuitton luxury bags corresponding the other extreme- the rich and the snobbish, in the local Serbian variation the second group of objects take on a whole new context- regarding the phenomenon of buying fake designer bags (especially Louis Vuitton) in Serbia for the purpose of achieving some status symbol at any price. Because such local readings of his work are possible here, Le Van is an excellent choice for Belgrade audience, audience hungry for both activist and visually attractive art. The technical part of his production is also differing Le Van from his artistic ancestors mentioned above, but audience will be left in the dark for this explanation at least until the opening night.

The exhibition is open till June 22nd.