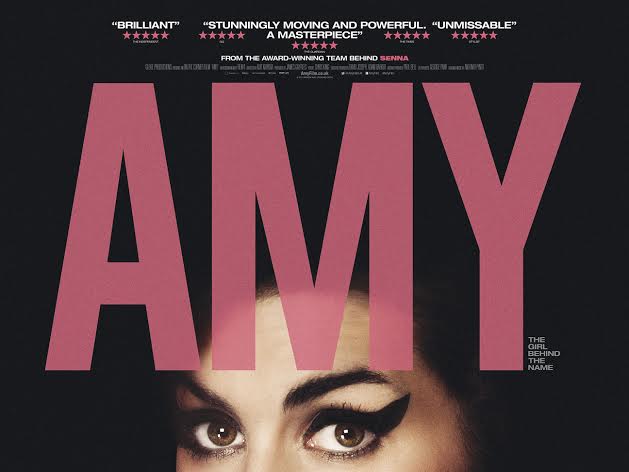 The eleventh edition of the Free Zone film festival kicks off on 5th November 2015 at 20h in Sava Center in Belgrade. A documentary film AMY directed by Asif Kapadia will be opening  the festival.

Like the hero of his previous film SENA, Amy (Winehouse) dies in front of the camera – her last performance, or at least its most tragic part was recorded by a mobile phone on June 18, 2011 at Kalemegdan Fortress in Belgrade.

Instead of making a triumphant comeback  onto the stage, Amy Winehouse died of alcohol abuse at her home in London a month later. During an eight-year-long career, her fragile body, retro beehive, cat-eye liner look, public order offences, drug and alcohol abuse on one hand and her unforgettable voice and an extraordinary talent on the other hand, seem to have been a media magnet.

The media covered her untimely death, at 27, as yet another classic story of life and death of a rock star. However, the director Asif Kapadia is interested in the other Amy – a person hidden behind the tabloid news’ headlines and far from the public gaze and thus scrutiny. The person with an incredible voice who wrote all those songs. With the help of over a hundred (audio) interviews and countless private videos given to him by people close to the late singer as well as those shot by paparazzi, Kapadia has spent more than three years making a film which is a virtuoso portrait of a immensely talented, young woman who having been torn between personal problems and demands of the music industry lost her battle with aggressive media and with her own self in the end. Her music is the key to understanding her soul and the director uses the lyrics of Amy’s music to tell her story. “It’s all there,” says Kapadia in an interview. Rehab, one of her biggest hits, describes perhaps the key moment in her life – her first manager and friend Nick Shymasky tried to get her go to rehab and Amy was about to  go   – paradoxically, her father felt that wasn’t necessary and she was left to face her demons on her own.

When 5 years later management practically forced her to go on stage in Belgrade that was the final act in the drama all of us had witnessed in one way or another.

In archival footage Kapadia uses in the film, Amy looks at us straight in the eye. Amy is bound to  make you angry, you will be embarrassed, you will look away,  maybe cry – because it’s a film about us and the time which we live in. The time where everything is open to public, obscenely cheap and on sale, the time in which everything but the truth and genuine emotions are given to the media ‘on a plate’.

Free Zone film festival will be taking place from 5 to 10 November 2015 in Belgrade, Novi Sad and Nis. Tickets for the opening night will be sold in Sava Center and the Eventim box office on 5 October 2015, and the price is 500 RSD.