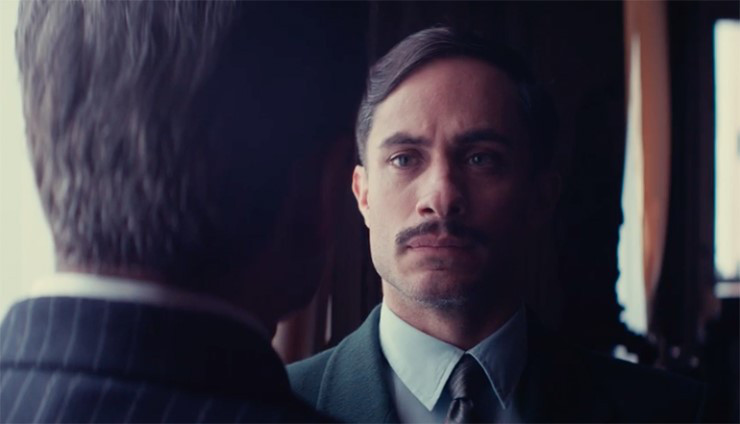 Following No and The Club that we were very excited to watch in the past editions of the Free Zone, Neruda, the new film by the Chilean director Pablo Larraín, will have simultaneous screenings at the grand opening of the 12th edition of Free Zone festival in the Sava Centre (Belgrade), Arena (Novi Sad), and Vilin grad (Niš).  This year’s program of the Free Zone festival will include 50 feature and documentary films from around the world.Tickets for Neruda can be purchased at the Sava Centre and Eventim box offices at RSD 500.  The festival will take place from the 10th to 15th of November.

Chile’s most famous poet, diplomat and Nobel Prize winner Pablo Neruda is the central figure of the new movie by Pablo Larraín that had its world premiere at the 2016 Cannes Film Festival. This anti-biographical film, as Larraín called it, is set in 1948, the year Senator Neruda officially became an enemy of the state because he publicly and fervently opposed president Gabriel González Videla.

As this year’s official Academy Award nominee for Best Foreign Language Film, Neruda is mostly based on historical facts from his life, but is also partly fictional, in the style of old detective novels such as those Neruda used to love and write himself.

Pressurized by continual threats and persecution by the regime, Neruda and his wife (Argentine painter Delia del Carril), with the help of their friend Pablo Picasso, fled the country while being chased by a policeman Óscar Peluchonneau.