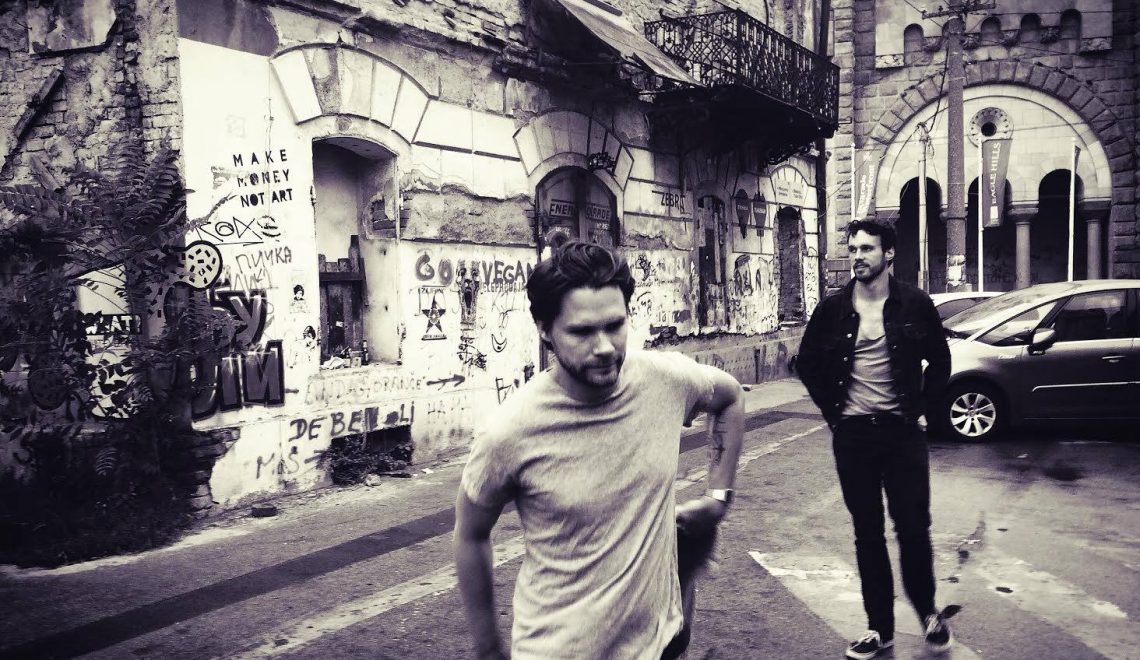 In the city of light, two guys in their early 30s started producing music once again by mixing synthesizers and electronic sounds, with a dynamic nostalgia and vocals in French.

Their new music project is called Gueules d’Anges (Angel Faces) and its influenced by bands such as Chromatics,  Arctic Monkeys, Depeche Mode,  John Carpenter,  Bashung , Grand Blanc  and  Lescop. Retro-modern songs of this Paris-based duo are inspired by living, personal memories and stories.

We did a road trip of 8000 km in the Balkans, stopping in Serbia, where we were particularly amazed by Belgrade. When we came back, we wrote this tune about what Belgrade meant for us during our journey. We asked ourselves why a city with such a big aura, such pure energy, such great youth is not on the European front scene? We came to the conclusion that Belgrade, in some points, is greater than Paris.

We went back for New Year’s Eve in 2016 for the second time with 2 pro cameras and some good intentions.  Our goal was to record different energies of the city and also film our own story. It needed to be raw, savage, a bit nasty and more importantly realistic, says one of the guys from the production duo.

Check out the video for the Belgrade tune below: