Giuliano Porcelli is a DJ in continuous evolution & in search of new sounds, who mixes his great creativity with a unique & original sound in order to carry a blast of energy & emotion on the Italian &  foreign dance-floors.
Born in 1988 in Benevento, Campania (Italy), he dove in the musical world at the age of 13 in various parties in his region & encountered quite a good success among the young people who attended his parties and appreciated his style.
In 2007 he organised his first important dates, performing live concerts in many Italian cities. In 2008 he then decided to move to Rome, where he met Li Costa Dj. The two of them decided to create a show that would be called “Madlove”.
In 2009 he performed as a Dj at the famous “Hem” party in Benevento.
In December 2009 his music began to pass the borders of his home country, with a first date at the “White Bar Club” in Geneva, a great success which also represented the beginning of a long-lasting team work with Swiss Dj Mando.
He then performed in many nightclubs & parties in southern Italy, among  them : Planet Disco, Byblos (Benevento) New Sin, Havana (Avellino), Villa Paradiso (Foggia), Dolcevita (Salerno) during the Led Party vol.2, Love For The Party ,The Different Night…

Today, Giuliano Porcelli mixes in various dance clubs, mostly in Italy and Switzerland.
His shows are always prepared with extreme care, because as he says:

Music’s goal is to move the people, as it is the highest expression of human capacity to feel emotions. 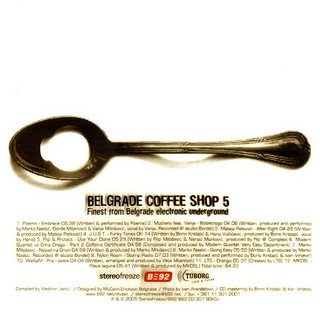