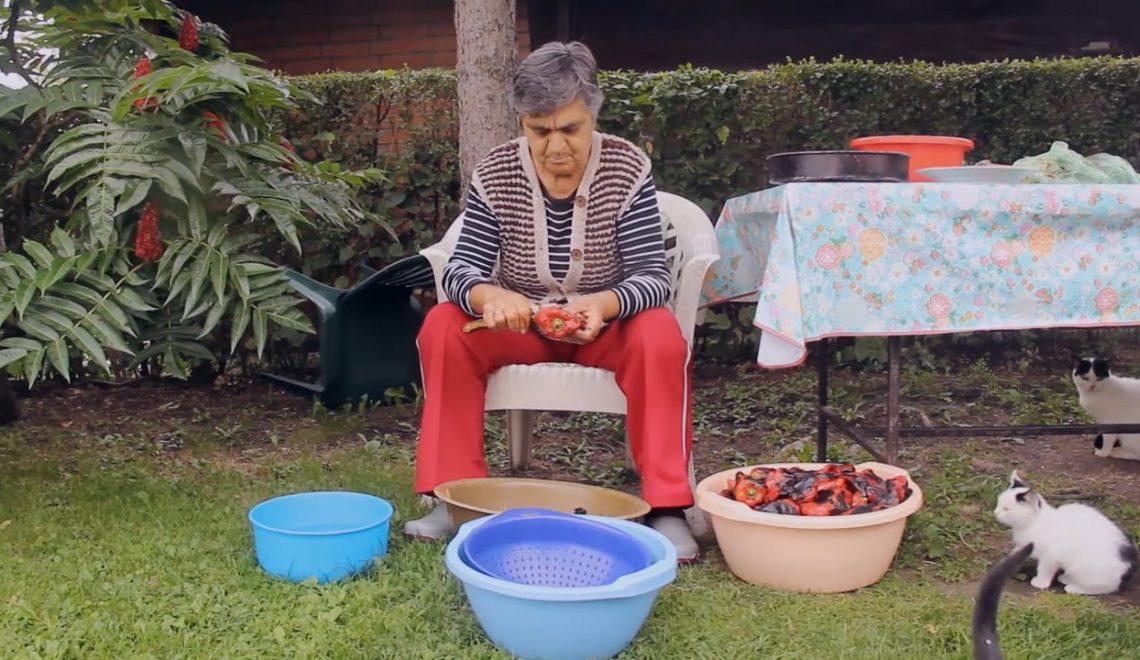 Grandmas Project is a collaborative web-series inviting young filmmakers around the world to do a film (8min) about their own grandmother, using the transmission of a beloved recipe to explore their relationship and their family’s heritage.

The films and recipes are released on the website www.grandmasproject.org
People at large are also invited to share photos and memories of their grandmas, thus constituting a global collection of grandmothers’ stories and recipes. In January 2016 Grandmas Project received UNESCO’s patronage for its work

« raising awareness among the general public to the intangible cultural heritage through digital means ».

1 – FILMING THEIR OWN GRANDMA

This is the signature of Grandmas Project. Having filmmakers do
films on their own grandmas invites us – as spectators – in the
intimacy of these families, in the warmth of these kitchens all
around the world. It opens up to very personal tales about the
great transformations of the 20th century, whether it is migrations,
wars, feminism or more private situations. We feel as if all of these
grandmas become our grandmas.

Each film revolves around the making of one recipe. Not only is
this yummy and narratively efficient (it has a beginning and end).
It is also one of the most natural and universal way we address our
grandmas and learn about our history. The recipe is the doorway
to the story and vice versa. This also provides an amazing way
to reach out to a global audience of people looking for authentic
recipes.

Grandmas Project has always been imagined for a web/mobile/
tablet use. 8 minutes is long enough to create a rich narrative
experience and short enough to be watched on a subway ride.
Along side each film, filmmakers will provide a written version of
the recipe, video and photo bonuses.

AJVAR, a recipe by Marta Dilparić, a film by Ivana Barišić.

Ivana Barišić (1991) was born 8 months before the Yugoslav wars reached her hometown in Bugojno, Bosnia. With her family, she fled to Rotterdam, The Netherlands where she has been living ever since. During her study in Visual Anthropology Ivana discovered her love for film. Ajvar is her second short film. Her work explores themes relating to migration, displacement and belonging.

Marta Dilparić was born in 1940 in Bosnia and Herzegovina. She fled multiple times in her life due to different wars. Eventually, she ended up in a small village in Serbia where she still resides with my grandfather. Next to her house she maintains a garden where she cultivates all sorts of fruits and vegetables. Until a few years ago, there were also many animals. My grandmother is my biggest hero. In the madness in which we grew up, she managed to offer my sister and me a carefree childhood. She exhorted us to utilize every opportunity and go beyond our limitations.