Guide to Dorćol: From Galleries to Cafes 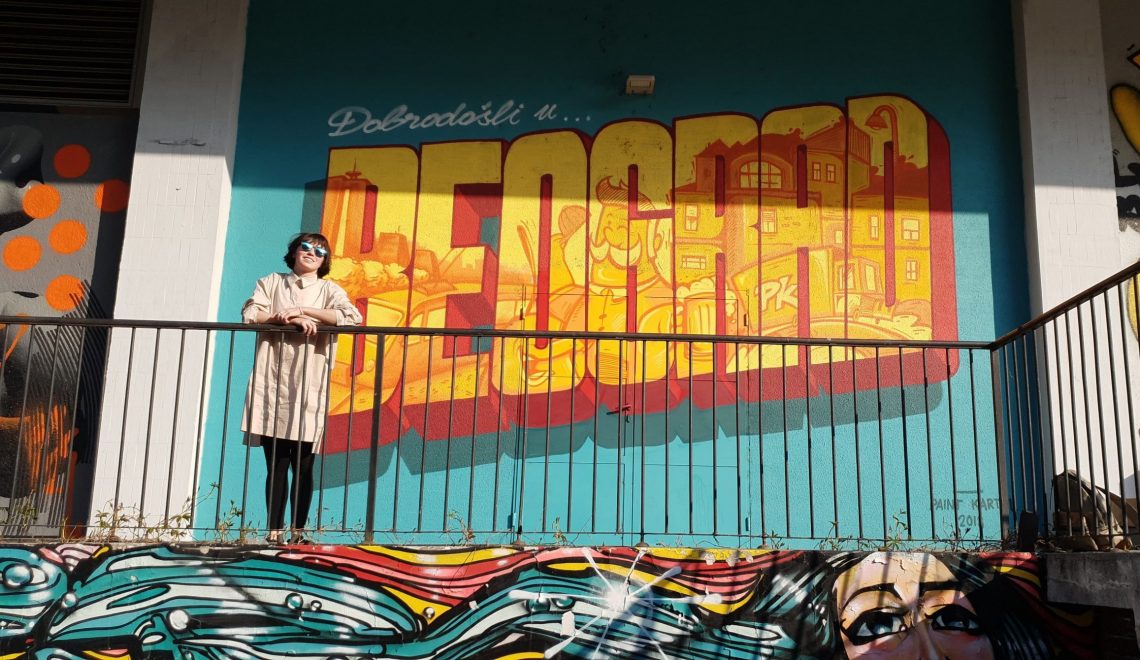 Dorćol, a historical, but as well central neighborhood of Belgrade. This is the place where things happen. Living in Dorćol has its charms, it could be like living in Kreuzberg in Berlin or Manhattan in NYC. It gained that kind of reputation, maybe because Isidora Bjelica recorded low-budget movie titled Dorćol Manhattan back in 2000, or even  due to urban lifestyle advocated by TV star Luna Loo. I don’t really recall from where this smooth-tongued motto Dorćol Manhatten came 20 years ago, but it’s possible that the residents of this neighborhood became a bit pretentious because at one time it was all about city center. Fortunately, Belgrade areas as Vračar, Kosančićev Venac, Savamala, Palilula and Zemun also came to life in recent years.

Dorćol begins already 700 meters north of Terazije, the central square of Belgrade. It can be divided in two sections, Gornji (Upper) Dorćol, which covers the area from Akademski park to the Cara Dušana street, and Donji (or Lower) Dorćol which occupies the area between the Cara Dušana and Bulevar despota Stefana streets and the right bank of the Danube. The Lower Dorćol used to be known as Jalija (Turkish yali, strand, bank). It borders (and largely overlaps) the neighborhoods of Stari Grad and Jevremovac (east and south) and the fortress of Kalemegdan (west), which is sometimes considered as part of Dorćol as well.

The name of the neighborhood comes from Turkish words dört (four) and yol (road), literally meaning “four roads” or colloquially “intersection (of four roads)”, “crossroads”. During the Turkish occupation of Belgrade, Dorćol was a well-known trading center, with many markets and traders of different nationalities, among others it was a center of Belgrade’s Jewish community, remnant of which is the modern Jevrejska (“Jewish”) street in Dorćol. After Belgrade became a capital of independent Serbia, Dorćol kept its multinational character for a long time. During the temporary Austrian occupation of northern Serbia 1717-1739, Jalija (Lower Dorćol) was the seat of the Prince Eugene of Savoy’s court. Eventually the old low houses and narrow streets were changed into modern buildings. Still, some parts, though vanishing one by one, resemble the old look.

The Museum of Vuk and Dositej  is one of the most important and the oldest memorial museums in Belgrade. Founded in 1949, it depicts the life, work and legacy of Vuk Stefanović Karadžić (1787–1864), the reformer of the Serbian language, and Dositej Obradović (1742–1811), a writer who was the country’s first Minister of Education. The museum is a crucial site for understanding the revival of Serbian culture at the time of the Serbian Uprisings against the Ottoman Empire. Since 1979, this institution has been governed by the National Museum of Serbia. Currently, it’s under reconstruction.

The Museums of Science and Technology exhibits more than 400 artifacts from museum collection. The setting represents the technological development and its impact on people’s lives. You will learn more about the old technologies and the development of electrification in Serbia, as well as on how and where the steamboats sailed, how it looks to be printed without a printer, how did the first computers of domestic production look like or find why Tesla’s induction motor is a revolutionary invention.

Other important features are the avant-garde BITEF Theater that stands in reconstructed evangelist church designed by one of the founders of legendary Bauhaus, on the Square of Mira Trailović and next to Bajloni market.

It is also good to mention cultural centre  Parobrod (now called Stari Grad culture centre). “Parobrod” operates in a building which was built by the First Danube Steamboat Society on Dorćol after World War II, hence its name. It is also the heir of the Stari grad Culture Centre, which occupied the same spot for decades after World War II. The building was built in 1925 as one of the first buildings in the spirit of modern architecture and Art deco.“Parobrod” represents a culture hub. It is a blend of gallery space, open air cinema, theatre, concerts, art performance, festivals, seminars and music gigs.

Many local and foreign designers, artists and creatives have exhibited in the space of Parobrod. Just to drop a few names: Braća Burazeri, David Pujado, Branka Nadimović, Dušan Lilić and others…Parobrod is one of the rare places in Belgrade that is open for everybody and supports production of art works and creative initiatives. We organised promotion of Still in Belgrade and art exhibition right here in this place. Audience is consisting mainly of younger folks.

Skadarlija is considered the main bohemian quarter of Belgrade, and is often referred to as ‘the Montmartre of Belgrade’. The history of Skadarlija began in the 1830s with the settlement of Gypsies in the abandoned trenches in front of the ramparts. The 1854 town plan of Belgrade reveals that the Gypsy hovels had been replaced by brick buildings into which artisans, caterers, petty clerks and others had moved into. The whole locality was referred to as the Gypsy Quarter until 1872, when the street was named after the town of Skadar, which was the capital of the Serbian medieval state.

The restaurants are proud of their guest lists of worldwide celebrities who have visited them over the decades. Even Alfred Hitchcock ended his diet in Skadarlija . Often, they post photographs of their visits on the walls. For example, over the years, Tri šešira has welcomed numerous famous guests such as guitarist Jimi Hendrix, politicians George H.W. Bush, Josip Broz Tito, King Juan Carlos I of Spain, Sandro Pertini, chess player Anatoly Karpov and many others.

Centrala is Belgrade classic. Located at Simina 6 in upper Dorćol, right in the heart of Belgrade. Here one gets a feel for the true spirit of the city. Centrala looks like a big window from the outside and the interior is a bit retro. There is no internet or fancy drinks, because this place simply doesn’t need that sort of thing. It reflects the spirit of past times, when things like that didn’t matter. This is a very popular bar indeed.

Ventil is classic Dorćol. It’s located in Kapetan Mišina at number  14, in a basement that becomes crowded with the younger generation. It can be pretty loud, and is the perfect place for drinking  beer and eating  peanuts and smoki (a famous Serbian snack). The crowd here is relaxed and friendly. The music choice is interesting as Ventil provides a space for non-professional musicians, DJs and artists to play music, perform live acts and exhibit.

In the former BIP factory in  15a Cetinjska Street next to Bajloni market and BITEF alternative theatre, there it is well hidden in the yard.

Dim is a venue situated in the bar district of Cetinjska St. It’s a twin brother of techno cathedral Drugstore and therefore visitors can expect lots of different kinds of electronic music, and local and foreign performers. The bar itself is situated in the space that used to be a brewery, which provides a unique industrial appearance and a sense of underground culture. Dim opened a studio space and launched the record label some time ago.

Did I mention that you can grab the best gin tonic in this place?!

DIM works every day from 6 pm until 1 am. Music stops at midnight.

Find more bars and stores in A pocket-sized insider’s guide to the best of Old Town and Peculiar shops.

Belgrade Fortress (Beogradska tvrđava) is a citadel, which consists of the Upper and the Lower Town and “Kalemegdan” park (large and little “Kalemegdan”). It stands on the confluence of the two rivers Sava and Danube. The present name of the “Kalemegdan” derives from two Turkish words:

The most visited tourist attraction of the Belgrade fortress in the statue of the “Victor” (“Pobednik”). It was erected in 1928 to commemorate the Kingdom of Serbia’s war victories over the Ottoman Empire in the First Balkan War, and Austria-Hungary empire in the World War I. It is one of the most famous works of the well-known Yugoslav sculptor Ivan Meštrović.

Jane Doe Vintage and Design Shop is the oldest vintage shop in Belgrade, in addition it offers items by local designers and jewelry.

Another place that can be worth your while is definitely Disciplina store in Kralja Petra. This modern store sells everything by Disciplina street wear. You can find unisex baggy pants, t-shirts, bags, sweatshirt, fashionable bomber jackets and catch some cool DJ gigs from local DJs and collectives.

If you prefer to get to know this area of Belgrade properly we suggest you to book a Hipster tour or a Downtown culture and history tour.