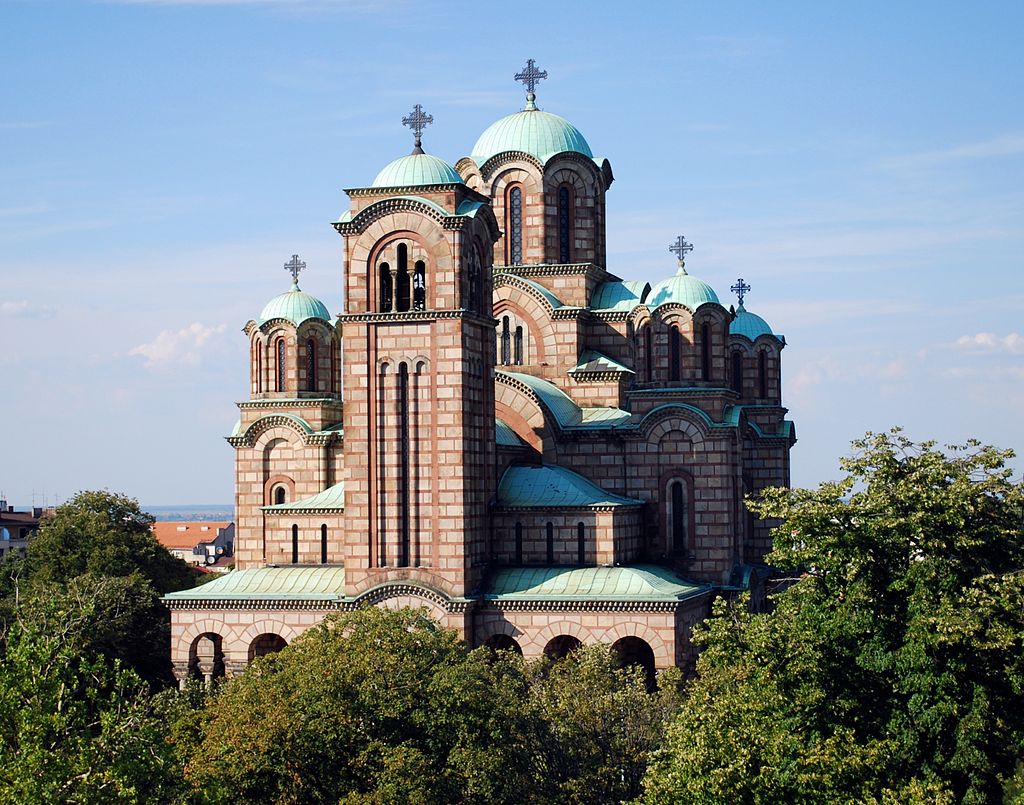 Other notable Belgrade churches include St. Mark’s Church, in which rests the body of the first Serbian Emperor, Stefan Dušan. The architecture of this church was greatly inspired by the Gračanica monastery in the province of Kosovo. The church of Sveta Ružica in the Kalemegdan Fortress is one of the holiest places in Belgrade for Serbian Orthodox Christians since this was the site where the body of St. Paraskeva was preserved for several years after the Ottoman conquest, before being taken to Romania where it still rests today. St. Paraskeva (Sv. Petka) is one of the most important saints to the Eastern Orthodox Christians. Moreover, Belgrade is the seat of a Catholic archdiocese, with a small Catholic community and several Catholic churches. One of these, St. Antun, was designed by  Slovenian architect Jože Plečnik.

There is also a Muslim community in Belgrade and only one mosque, the Bajrakli Mosque built in 1526 by the Ottoman Sultan, Suleiman the Magnificent. It is one of the oldest surviving structures in contemporary Belgrade. 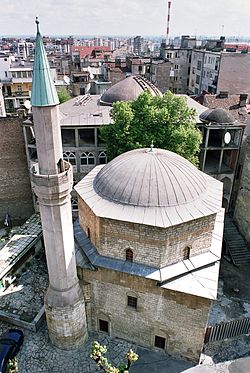 The Jewish community is served by the Belgrade Synagogue, which is the only ( before WWII there were three) currently active Jewish place of worship in the entire country, although not the only such structure within the city limits. Belgrade also had an active Buddhist temple  in the first half of the 20th century. It was built by East Russian expatriates (Mongols) fleeing the outcome of the Bolshevik Revolution of 1917.

The temple is located in the eastern part of Svetosavski Trg. The construction preparations have lasted for a very long time, ever since 1894. At the second open competition in 1926 the architectural design of the architect Bogdan Nestorović was selected, with later incorporation of several elements of the project of the architect Aleksandar Deroko. The consecration of the foundations was made by Patriarch Varnava on September 15, 1935, and when the works have moved ahead, Patriarch Gavrilo consecrated and placed the charter in the altar, next to the cornerstone on May 27, 1939. 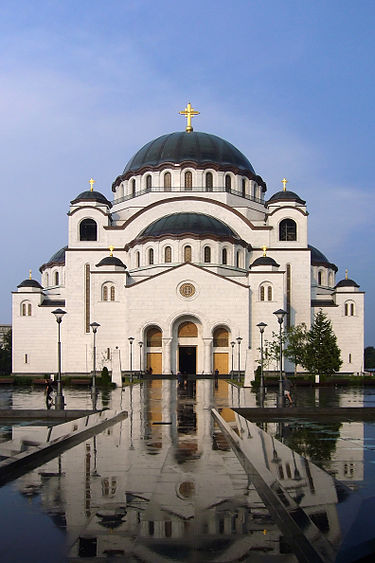 Further construction was interrupted by the German attack on Yugoslavia on April 6, 1941. It was not until the summer 1984 that the state permission was obtained to continue the construction works, so on April 30, 1985, the temple, desecrated by war and human negligence, was consecrated again by Patriarch German in the presence of all Serbian hierarchs, and the charter on continuing construction works in new historical circumstances was laid again. Branko Pešić, an architect and university professor was appointed protomaster of the construction. Although still under construction, this monumental temple represents an organic part of modern vivid image of Belgrade, being one of its main features.

CHURCH OF THE HOLY MOTHER OF GOD – RUŽICA

It is located near north-east walls of Belgrade Fortress, under the Zindan gate. In the time of Despot Stefan Lazarević there was an old church of the same name, which was destroyed when the Turks conquered Belgrade in 1521. What is now the church, was a gunpowder storage in the XVIII century, and turned into a military church in 1867-1869. It was heavily damaged after World War I and renewed in 1925. The special features are chandeliers made of weapons. The iconostasis has been made by Kosta Todorović, and the icons it bears were painted by monk Rafailo Momčilović. The wall paintings were made by a Russian artist Andrey Bitsenko. 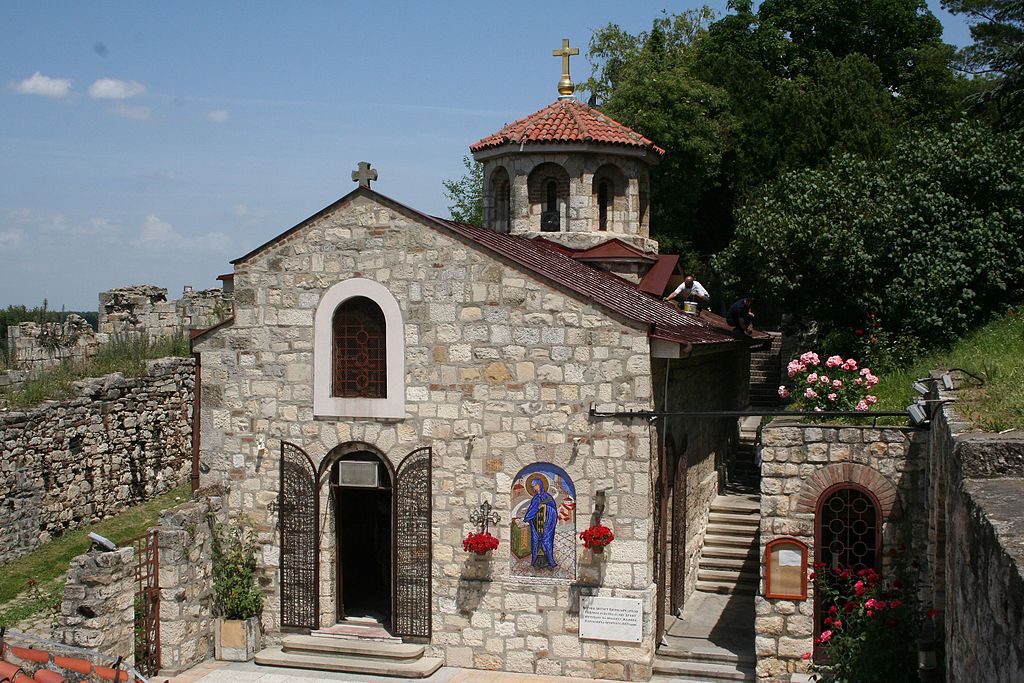 It is located in the immediate vicinity of the Ružica Church. It was built next to a “miraculous spring”, after 1867. The present chapel was built in 1937 according to project made by the architect Momir Korunović. Its interior walls and vaults are covered with mosaics, made by the artist Đuro Radulović in 1980-1983. 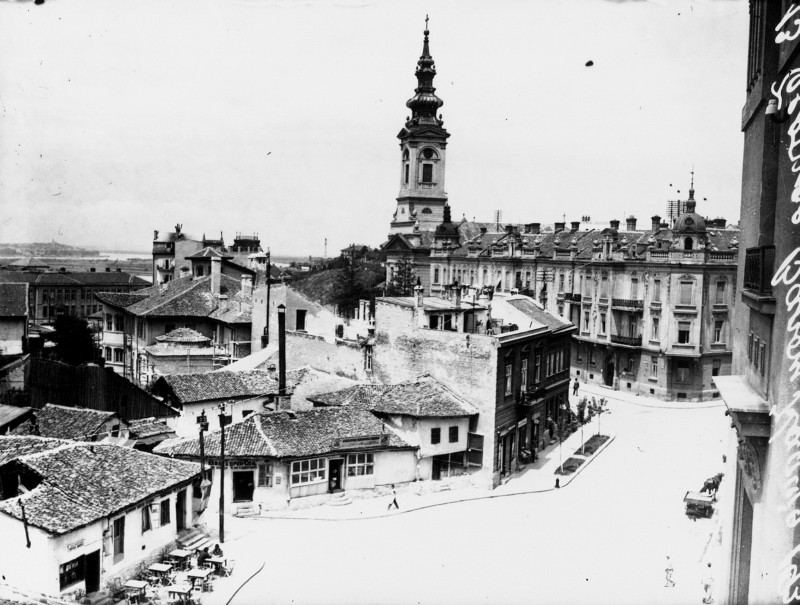 It was built in 1837-1840 by order of Knez Miloš Obrenović, a according to the design and plans of A. F. Kverfeld, a builder from Pančevo. It is built in in style of classicism with late baroque elements. The church is dedicated to St. Michael the Archangel. The interior is richly decorated. The gold-plated carved iconostasis was made by the sculptor Dimitrije Petrović, while the icons on the iconostasis, thrones, choirs and pulpits, as well as those on the walls and arches were painted by Dimitrije Avramović, one of the most distinguished Serbian painters of the XIX century. The special value of the church is its treasury. The relics of Serbian saints Czar Uroš and Despot Steva Štiljanović, as well as the heads of the Church and Serbian rulers of the Obrenović dynasty (Miloš, Mihailo and Milan). In front of the main portal, two famous Serbian enlighteners :Dositej Obradović and Vuk Stefanović Karadžić.

St. Mark’s Church at Tašmajdan was built in the 1931-1940 period at the place where the old church from 1835 used to be. It was designed by architects Petar and Branko Krstić, in Serbian-Byzantine style. By general architectural conception, forms and polychromy of facades, this temple is most like the Gračanica monastery. The equipping and decoration of the temple is still unfinished. At the south part is a sarcophagus with the remains of Czar Dušan, brought here from his endowment, the monastery of St. Michael the Archangel near Prizren. On the north side is the white marble crypt containing the remains of Patriarch German Đorić. One of the most valuable collections of Serbian XVIII and XIX-century icons is kept in this church. 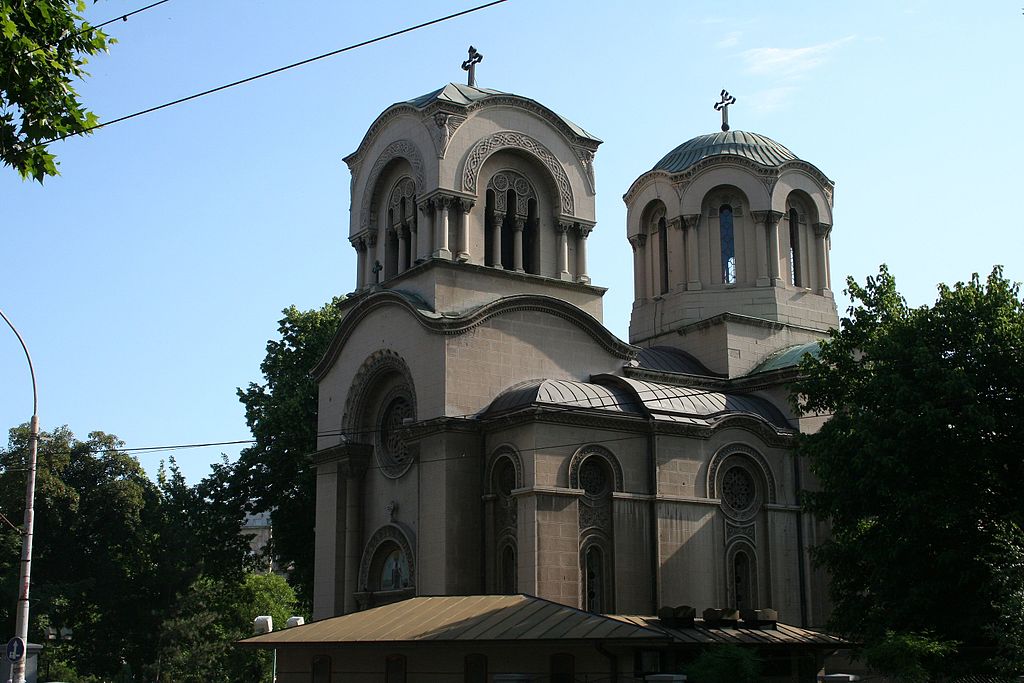 This old church in Dorćol was built in 1877 and dedicated to St. Alexander Nevsky. It has served its purpose until 1891 when a decision was made to build a larger church. The project was designed by the architect Jelisaveta Načić, and the foundations were consecrated in 1912. World War I postponed the construction of the church, so it was not completed until 1928-1929, while the marble iconostasis (originally designed for the church at Oplenac) was a gift of King Aleksandar Karađorđević in 1930.

The icons were painted in the same year at the artistic workshop of the Russian painter Boris Selyanko. In the choirs of the church, there are the monuments dedicated to the soldiers killed in the liberation wars (1876-1918) as well as the ones dedicated to the Russian czar Nicholas II and King Aleksandar I Karađorđević. Present wall compositions were painted in the secco technique by Naum Andrić in 1970-1972.