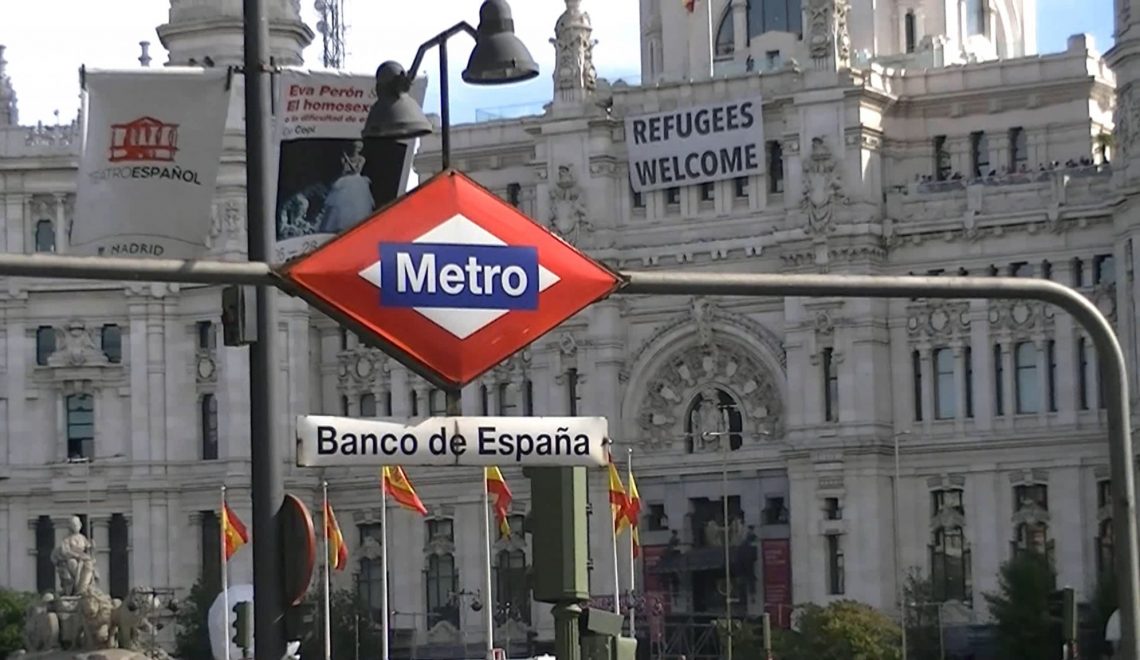 WE from in betWEen
Artists: diSTRUKTURA
Curated by: Marta Ramos-Yzquierdo

In 2007 diSTRUKTURA, formed by Milica Milićević (1979) and Milan Bosnić (1969), started an artistic project
titled We are living in a beautiful wOURld. Through it they gathered documents and photographs tied to their
closest emotional context: that of their friends in exile. A large number of young people was departing in search
of opportunities and a better life, leaving Serbia, a country which since the beginnings of the Yugoslav Wars
in 1991 found itself in a situation of not only political and economic but also existential crisis. 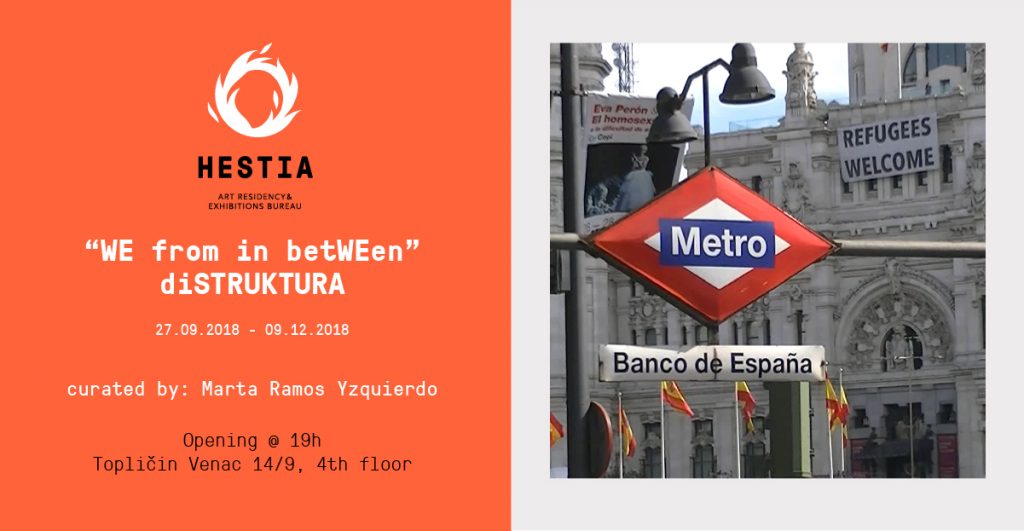 Upon Hestia Belgrade´s invitation diSTRUKTURA has followed up on their research in a different context: the
migration of artists, intellectuals and other agents of the Latin American cognitive capital in the cities of
Barcelona and Madrid in Spain. This change of direction, from East to West -from Ex-Yugoslavia to Austria –
has now become a transit from West to East – from South America to Spain-, and it allows us to think alongside
these paths, in these lines of drifts relating to our identities and emotions and mostly about the processes of
establishments of life models in the context of the globalization of post industrial capitalism. These transits
are not casual. They refer to a colonial and imperialist past but also to a post-colonial reality in which the
territories of the so called Global South are found. A geopolitical concept which reflects the realities and
similarities, but also the opportunity sand challenges which unite the regions of Latin America and East Europe
– a relationship that is the primary focus for Hestia and the projects it develops – together with Asia and the
Middle East.

Milica Milićević and Milan Bosnić propose to Patricio, Francisco, Andrea, Roy, Dayana and Aymara to show
us their paths, their movements. They speak to us about concepts of adaptation and translation, but we also
trace together with them a route through the emotional places which constitute the being. The six protagonist
elaborate a cartography of desire, of those micro-politics which unite in a mix of compromise, resistance,
refuge, escape, leisure and/or work, and which are the reflex of the characteristics and different ways of life of
each one of them. In identifying of their power to resist is the first step to create “new perspectives of
imagination and identification” which Franco “Bifo” Berardo proposes.

In the maps of WE from in betWEen we would walk from the Parque del Oeste (West Park) in Madrid to the
beaches situated East of the city of Barcelona. The stories, descriptions, photographs, the drawings and the
frottages (rubbing) of the city´s surface document in a qualitative way the possibilities of escaping, the attempts
of adaptation and the survival modes in the global cognitive capitalism, be it from the takeover of the model to
its frontal opposition. They do it in a way that accentuates the materiality of the practice in the traces drawn by
the artists and the images captured during their walks. Together with the words of immigrants landscape is
constructed, not a rational one but one that refers to the memory and emotional experience.

A fragment of the curatorial text by Marta Ramos-Yzquierdo, Milica Milićević and Milan Bosnić graduated and obtained their master degrees at the Faculty of Fine Arts in Belgrade, Department of Painting. Ever since 2005 they have been working together as an artistic duo diSTRUKTURA and under that name they participated in over 30 solo and over 60 joint exhibitions in Serbia, Slovenia, Macedonia, Romania, France, Italy, Austria, Germany, the
Netherlands, Luxembourg, Switzerland, Japan, Slovakia, the Czech Republic, Hungary, Finland
and Egypt.

diSTRUKTURA took part in artists-in-residence programs and workshops in Switzerland, Germany, Austria, the Netherlands, Slovenia, Italy, Finland, Egypt, and Serbia. They have won several awards and scholarships among which is Pollock-Krasner grant for 2015. Their works can be found in over 15 public and private collections.