“Imperial Gifts” Exhibition at the Museum of Yugoslav History 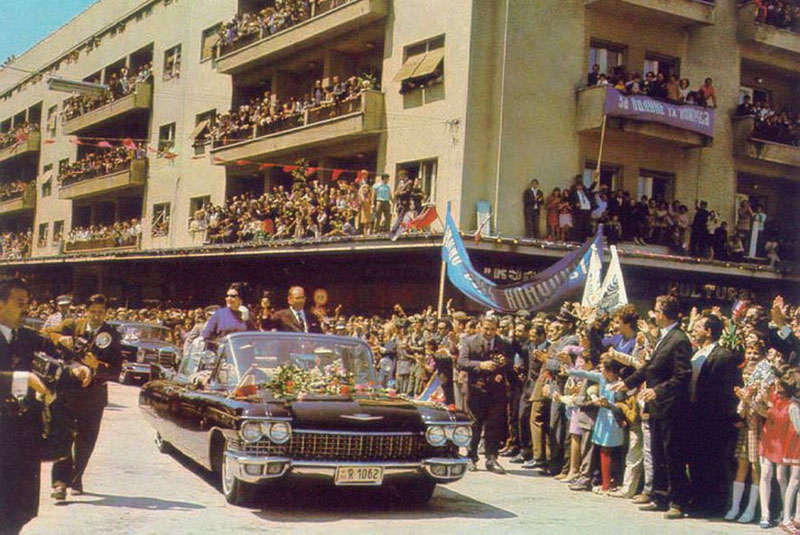 Exhibition “Imperial gifts” will present gifts that lifelong president Josip Broz Tito received from the royal families. It will take place at the museum of Yugoslav History from the 21st of  July till the 25th of  August, from Tuesday to Sunday 10-20h.

Exhibition is an exclusive range of gifts that Josip Broz Tito received during his meeting with members of royal families from eighteen countries in Europe, Asia and Africa. Curators of the exhibition are Veselinka Kastratović Ristic and Momo Cvijović, while Mina Milovančević was designer of the exhibition.

50 unique cases of exceptional artistic production, resulting in major workshops around the world, which are divided into five sections: archaeology, utilitarian and decorative items, jewelry and decorations. The exhibits date from the 7th century BC until the mid-20th century, and for their preparation were used precious metals, precious stones and the finest porcelain. Through objects, photographs and documents, visitors will be familiar with the rules and customs that accompany the exchange of gifts statesmen, as this exhibition gives a more interesting stamp, according to a statement of the Museum of Yugoslav History.

Gift-giving has symbolic meaning in all cultures, and the exchange of gifts at the highest level determines the precise protocol – from the choice of gifts depending on the circumstances, interests, tastes and status of the intended person, the act of surrender to the documentation accompanying the gift and the subsequent storage of donated items .