Interview with Francois X: “We’ll drive a spaceship reaching the boundaries of the galaxy” 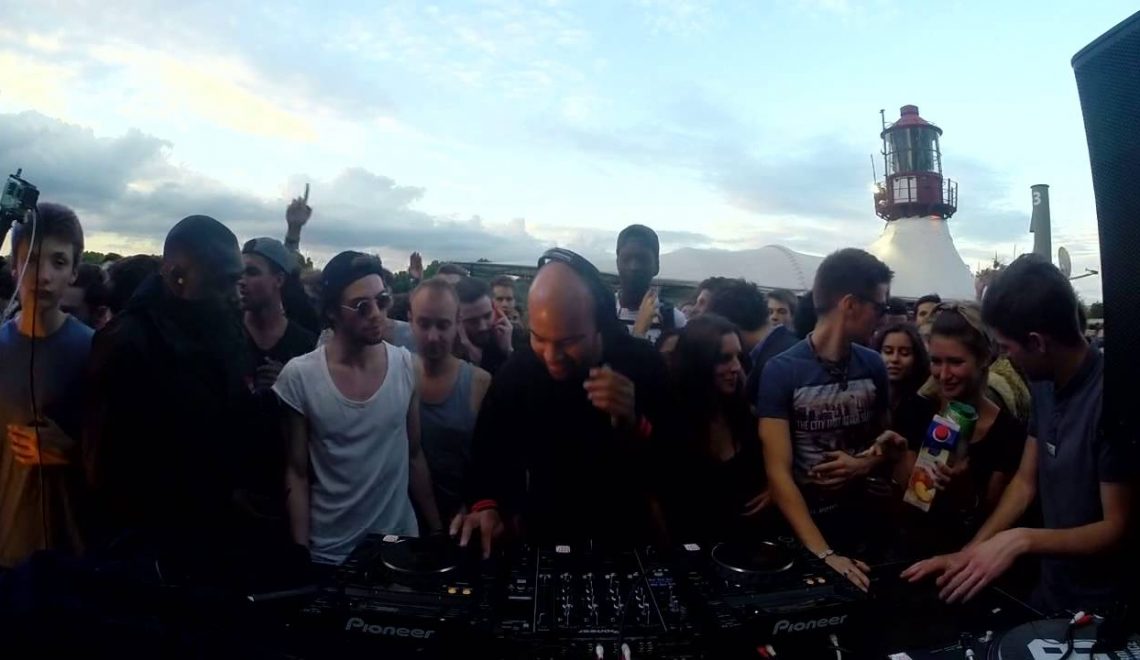 Drugstore’s  Season VI is starting in a good manner! Therefore we are proud to announce that this year, Drug§tore will host a serial of collaborations involving several of the best European clubs of the same breed. While bringing their crews and resident DJs to check out the darkest corners of §, we hope to reunite the scene and strengthen the bonds between local club and the ones, which, from abroad, promote the same values and groundbreaking aesthetics. On this occasion, Drugstore will be welcoming some of the best techno acts of today as exclusive § residents – and 1st of September shall make no exception! Coming straight up from France, please welcome Concrete Music’s techno luminary and big boss of the unruly Parisian label DEMENT3D – the one and only Francois X!

Hello! I’m Francois, a French DJ and most importantly a passionate lover of music that works and produces under the moniker François X.

Can you tell us more about your beginnings in the electronic music industry?

It was and still is a natural journey. When I reached the age to enter into nightclubs I was initially shocked by the loudness of the music. I think this was the first thing that appealed to me about the scene, and I was soon introduced to the good parties.

The first electronic music event that I went to was around 1997 or ’98, and that night was a turning point in my life as before that I was really into tennis and my life was divided between practicing and competing, and also school. But soon after I went to that party I was almost seduced so to speak, not only by the music but the community behind it, the lights, the atmosphere, and it quickly became a new passion of mine.

It was probably around 10 years ago that I began to dig deeper into the industry, and to start DJ’ing more and to start producing. Guys like DJ Deep and DJ Gregory introduced me to the deeper roots of the industry. It was a slow process as it was not my main goal to become a professional DJ or producer, it was simply a passion, so this process through life has been quite refreshing. 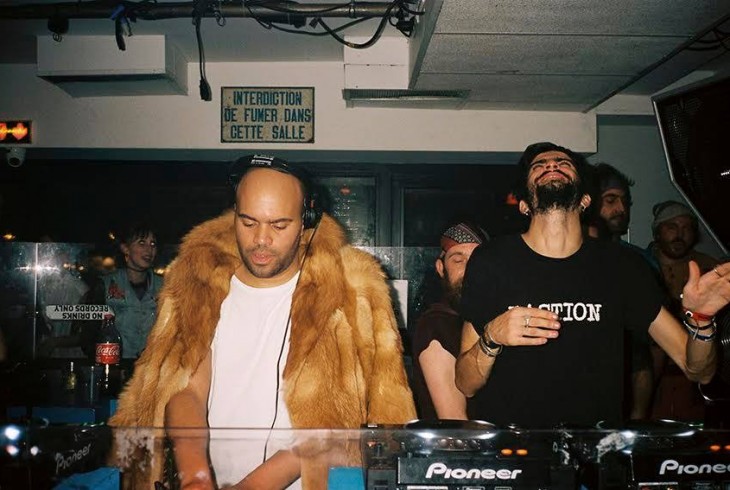 How much did your collaboration with DJ Deep and Marcel Dettmann influence on your music sensibility and career later on?

They are both different kinds of influences. DJ Deep (Cyril) and DJ Gregory were two guys that at the time I was following musically and that I soon met, mostly when I was record shopping. Cyril then became a friend, a tutor and a mentor. He was the guy who taught me how to take the music more seriously, how to dig deep, deep and deeper, and how to cherish and educate yourself to discover a path back to your roots.

Marcel was a different kind of influence, more of a professional one, to help develop my artistic profile and how to manage the balance between the business side and the artistic side of things. He influenced me in a big way, and still does through his style of music, so both guys were incredibly important. 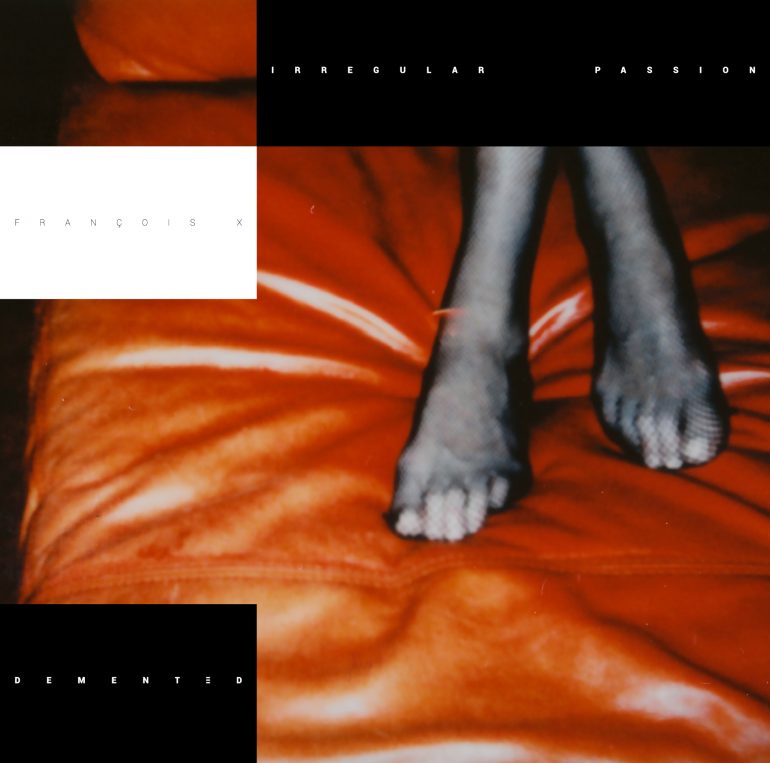 Can you tell us why did you decide to focus on techno? Please give us few words on your debut album “Irregular Passion” which will be released at the end on the year, right?

It was not an intentional decision to focus on Techno, but more of a natural process. When I started buying records I would naturally buy a mix of House, Techno, Funk and Disco, it was more about buying the right gems and the good records. I’m not too sure why I’m a more Techno orientated artist but I’m definitely not forgetting the House roots I have in me, and even now when I’m playing its a mix of House and Techno. For me it’s the same, for example, you can play a House record and mix it into Techno with a Techno style of mixing, and vice versa.

And yes, I’m releasing my debut album ‘Irregular Passion’ in two months. At the time I was kind of in a frenzy, producing day and night, and this came to form a longer project. I’m not sure if I can describe the music easily; it’s atmospheric, dreamy, intimate and sexual, but it can also be a bit murky at times too.

For me the perfect way to discover the album is to take it slow, and to listen to it one track at a time rather than trying to focus on ‘the best track of the album’. I don’t feel like there are many ‘dance floor killers’, but it is better to focus on the album as a whole, so feel free to let me know what you think.

It’s a tough one, but I do feel as though House music is becoming more popular than Techno. Techno was the main electronic music genre over the past 5 years, but now I think people are looking for different kinds of vibrations; more groove, more warmth, and I think House at the moment is a winner as some Techno may be seen as too ‘cold’.

What I’m really looking for is a scene where there are no boundaries, where you can produce vocal house one day and dark, stripped down, abstract Techno the next. For example the era when artists like Lil’ Louis were making ‘French Kiss’, and then the next day ‘Do U Luv Me’. It was so rich and so complete to have artists like that, so maybe this is the future.

What do you think how technology will influence electronic music and the entire industry in the future?

The influence is getting stronger day by day, but it’s also funny. Nowadays you can produce an inventive, well-produced masterpiece with only your laptop, whereas on the other hand there are people looking for the best modular synthesisers and building walls of modular gear. I don’t think there is a better way to make music, but technology is definitely helping to simplify some aspects. You can now produce beautiful music without being a classically trained musician, and for that I think it is definitely a good thing.

Name a few of your favorite clubs and explain us why did you choose them?

I don’t have any favourite clubs in particular, but I would definitely say Drugstore is one of them for sure. The crowd there is really well educated and not made up of people who are maybe simply looking for an adrenaline rush. In Belgrade the crowd has a dedication to the music and they really want to hear new sounds and atmospheres. I don’t know why but they are really hungry for exciting music.

I really like a tiny club in Seoul, South Korea called Vurt. It’s like a really small boom box made of wood and the sound there is amazing, the vibe is intimate and I love when these elements combine as it enables you to embark on a journey with the crowd as one.

Of course Concrete! It is my family, my home, and my shelter. I can play almost whatever I want and I know everyone there is there for the music. Berghain is always a special place to play. I also used to play for a friend in Puglia, Italy where I would play in the middle of an Olive tree forest, which was really spiritual.

Name a few of your favorite music festivals and explain us why did you choose them?

Weather Festival was special place and event as a lot of my friends from Paris were there and we had a wonderful and lovely time together. I love Exit, it’s such a big festival that’s so trippy and I really love to play there. Melt! Festival this year was also really special. I played there in the night and it was almost mystical in a way through the combination of the music and the crowd.

We mostly write about happenings in Belgrade so can you tell us what do you think about the club scene here? What do you like about Serbian capital?

Like I said, Belgrade is a beautiful city and the atmosphere there is really, really deep. The people are really down to earth, natural and free in a way, and I like that. The night scene is really dedicated and really serious about music, you can see that at Drugstore through the effort and involvement they have and the planning behind the line-ups. Together these make a perfect combination for music lovers looking for serious events.

We also can’t forget the beautiful record shop YUGOVINYL. If you are really hungry for rare gems across all kinds of electronic music, from obscure disco to electro, to Kraut Rock and everything in between you must go there. It’s like a treasure island! 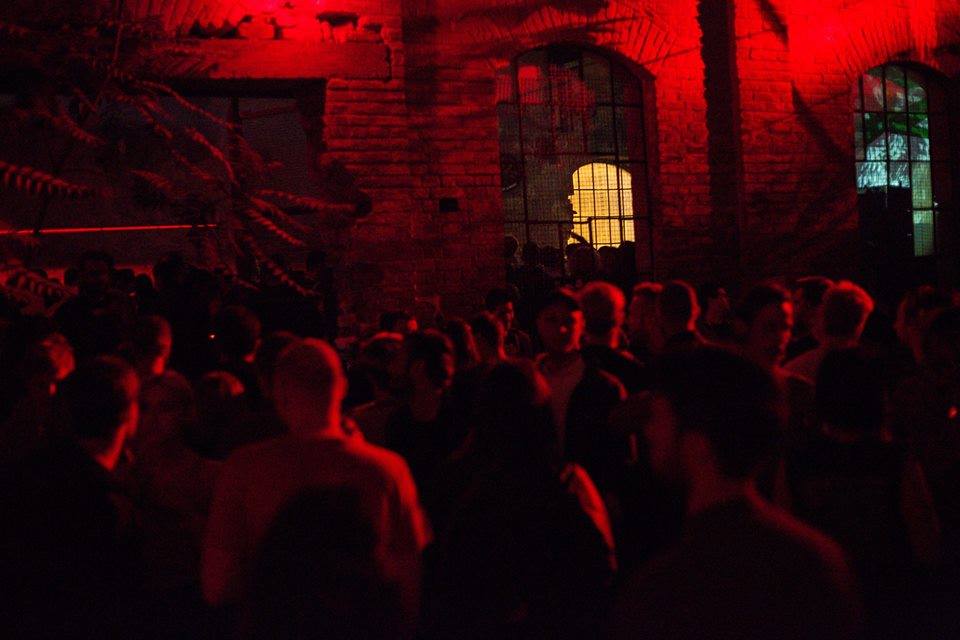 For the end please give us insights on your upcoming DJ set in techno cathedral Drugstore on the 1st of September?

As I am playing all night long I will be trying to build a really trippy journey by putting myself into a really challenging position, and playing Techno to Disco, to House. We’ll “drive a spaceship to try to reach the boundaries of the galaxy” or  “sail to unknown shores and mystical seas”, so expect something magical 🙂