Interview with Angie Stone: “I am blessed because the music gives me pleasure”

The R&B and soul DIVA, prolific songwriter and three Grammy Awards nominee, Angie Stone, is coming to Serbia, Belgrade for the first time. This amazing lady is performing as a headliner of Musicology Barcaffe Sessions, a series of concerts that lasts the whole year. The concert is scheduled for the 1st of July, on Kalemegdan fortress tennis courts. If you are still in Belgrade on the 1st and didn’t get the tickets, you can do it online through eventim or ddtickets. Don’t miss this one time chance to catch Angie in Europe and hear “Wish I didn’t miss you” LIVE!

You’ve started your life with music as a singer in gospel choir. What was the most important lesson you’ve learnt or skill you’ve developed singing in a choir that it came very helpful to you later in your career or maybe even now?

AS: Being a part of gospel community you learn, whether you are a soloist or just a member of the choir, what it means to be a team player. In gospel you always have to cooperate, and even if there is one person that stands out, one person must never be more important than any other member. In the end, everything has to be perfectly integrated into one whole. That meant a lot to me in my later career, especially in The Sequence and The vertical hold bands, but also in my solo career. You must always be able to work in a group and leave your ego aside. This is crucial for success whatever you do.

*What actually drove you away from the hip-hop music or scene?

AS: Well you said it yourself, things started to change in rap industry. I didn’t like it. After that I joined Vertical Hold and we had a few really big hits, one of them reaching Top 10, which was huge at that time. But at one point I realised I was through with bands. It was time for Angie Stone to step up as an artist and song writer. But, I have to say, I was never drawn away from hip-hop music, it actually never leaves you. I can still do it very well if I may say so myself.

*How come you became so active in films & TV series only in last decade? They say there’re no roles for actresses after 35, but it seems you defy this rule.

AS: Actually, I kept acting on the bench all these years and subordinated it to music career. She was an excellent sport and was patiently waiting for her turn on the court. And she got her turn. My acting career is definitely rising. I even have a new album ready, but now it will have to wait until I finish filming. About the age thing, I don’t know what to tell you. When you don’t set yourself with boundaries and limitations, all the roads are open. People tend to create an image of themselves that is actually just their own projection of themselves, without even realising it. If you think you are too old to do something in your life, others will think that too. I think I can absolutely everything. And I am doing it right now, at 56.

* What gives you the most pleasure and fun when it comes to music as a passion and something that pays your bills?

AS: I am blessed because the music that gives me pleasure and music that pays bills are one and the same for. Not many people can say that, right? Nevertheless, lately I have returned to the roots and gospel, and that is perhaps what I currently feel most passionate about. I am listening to Jekalyn Carr and Mali Music, both amazing gospel artist who really make me feel and believe their notes and words.

*Where’s the place of soul in today’s popular music?

AS: Well, I don’t know Europe scene that god, but in USA, there is a great expansion in neo-soul, which can have all kinds of influences, jazz, hip-hop, even electronic music. Of course, it was huge in the 90s with D’Angelo, Erykah Badu, Lauryn Hill, and Maxwell, but you can see even a bigger expansion of it in mainstream today with John Legend, Jill Scott, even Amy Winehouse before, Chrisette Michele, Leela James. And as you said soulful house is making a big comeback, DJs have made it really popular, but what I do like are these bands playing it live, like Tortured Soul.

*Is there a young artist on the scene that you feel is doing something similar to what you do in music and could take your legacy further?

AS: Well, there is not a young artist that I can relate in this way. I named two young gospel artists in the previous answer I really love, but I don’t see them as an extension of my legacy. If I could name a younger artist than myself I have those feelings for it would certainly be Lauryn Hill.  So it’s funny, but like, I saw her, saw the rebirth of Angie Stone. It was crazy. People always ask me, who would you like to meet? I said Lauryn Hill. Who would you like to work with? Lauryn Hill. You know why? Because in my opinion, it’s like when Roberta Flack met me for the first time, she was in tears, because she said I reminded her of her at my age. I was standing on the Apollo Theater stage and she was on the sidelines crying and I didn’t know why because she heard me doing “No More Rain,” and she saw me with that afro, and she saw me with the full lips, and she saw me with the full hips, and in her opinion I was the rebirth of her. And in my opinion, Lauryn is the rebirth of both of us. 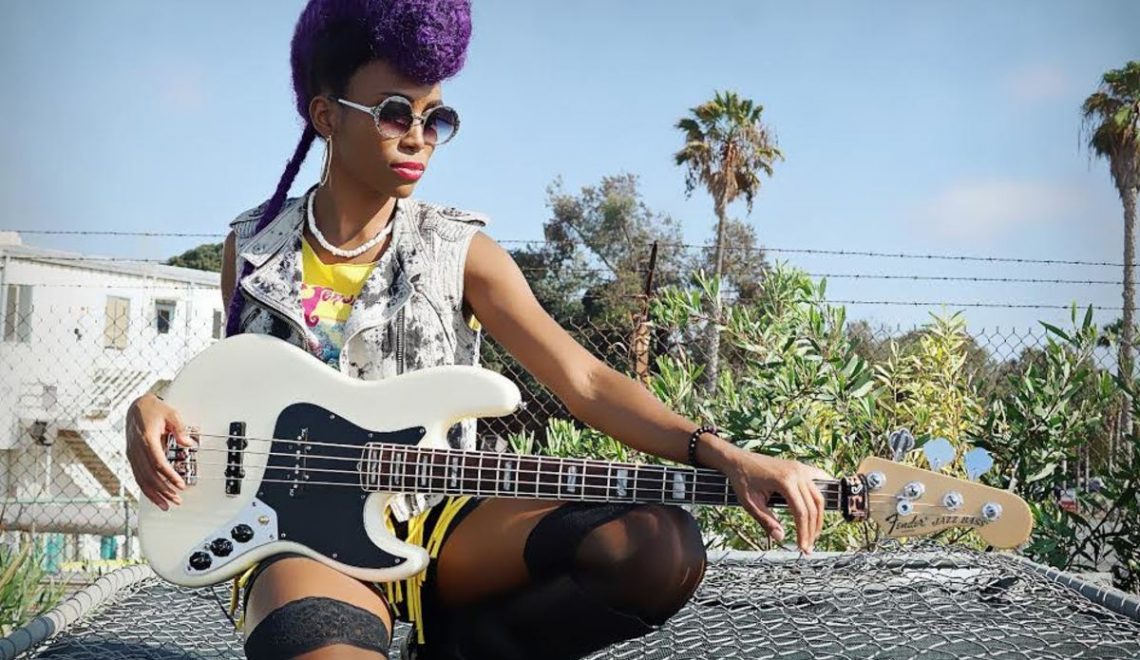 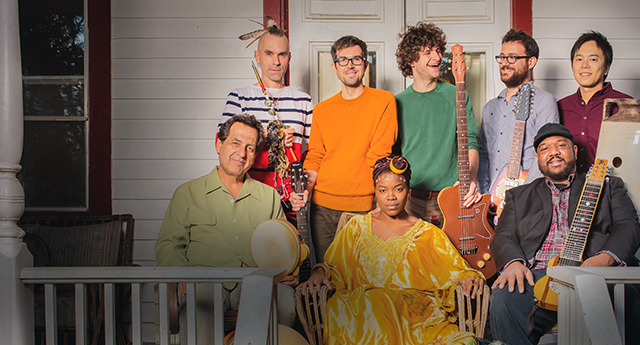