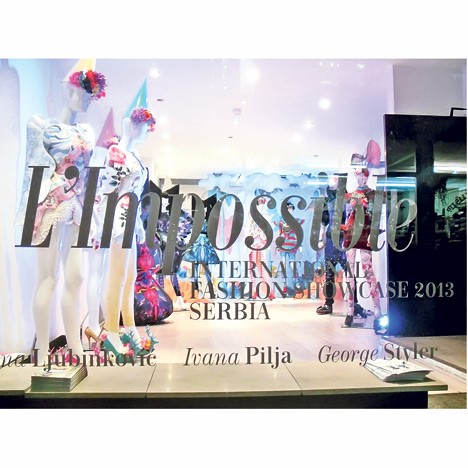 Ivana Pilja is a Fashion Designer and Graduate of the “College of Design” in Belgrade, Serbia. Since 2007, Ivana has worked as a designer for sport and streetwear lines in various fashion houses. The experience she gained while doing so was invaluable. Her first avant-garde collection and at the same time her graduate collection was inspired by Japanese fashion and origami, the collection seeks to be to a representation of moving sculptures.

The entire collection was drawn  from dark elements to invoke futuristic and architectural form of costume. Her inspiration draws from origami culture. Edges and the shapes of her creations are straight, strong, and simplified geometrical. Her collection caught the eye of many people since she showed it in Netherlands during FASHIONCLASH Maastricht. She received two awards,for best collection from ELLE magazine and the other is for the best designer of the season.

“I like to approach everything I do in a very futuristic way – drawing inspiration from shapes, nature,and the idea of translating fashion through these different forms of biodiversity. We must make our own trends by always thinking forward and being true to our visions and true to ourselves.”